The academic attempts a desperate comeback with Identity: The Demand for Dignity and the Politics of Resentment 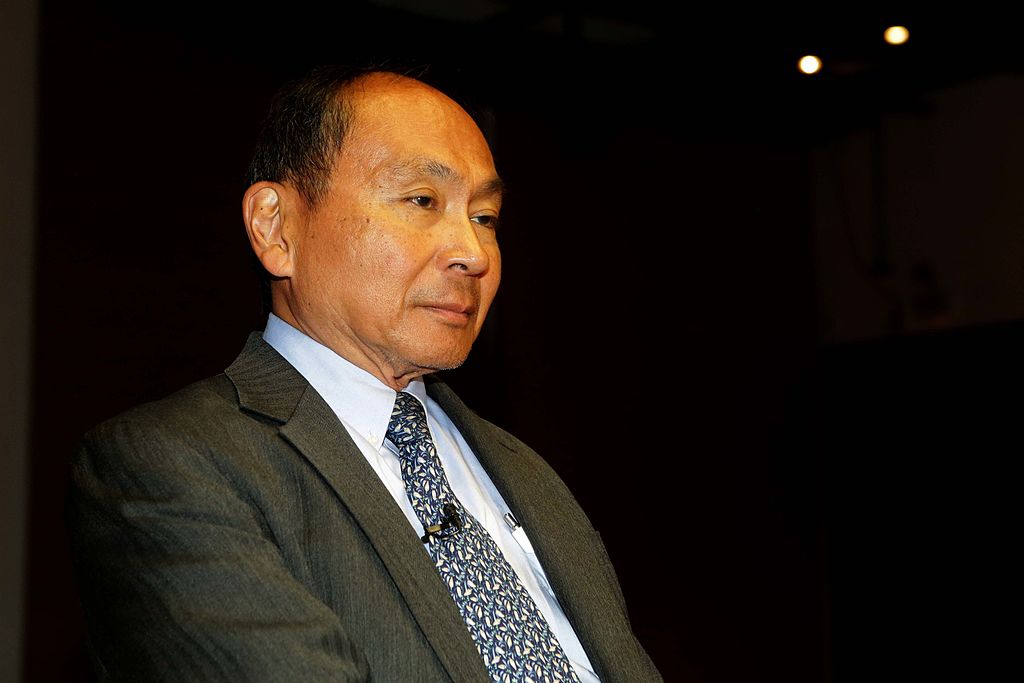 In the early Nineties, Fukuyama shot to fame with the End of History — a doomsday text more cited than the Communist Manifesto in post-Glasnost cultural studies, seldom read. In 2001, he made a brief optimistic foray into biotechnology in Our Posthuman Future, but optimism was never a favourite with the millenarian reading public. The mid-2000s saw Fukuyama return to his older cartomancy, the cards played on the conservative fear of the American State being devoured by “powerful interest groups”. Fervid prophecies of the destruction of the world through political decay followed in Great Disruption and Political Order and Political Decay, which, somewhat sadly, failed to address his rapidly de-escalating celebrity status. Fallen into obscurity — post-USSR, post-new-age-decadence, post-disruption, and now that it has happened, post-Trump — Fukuyama attempts a desperate comeback in Identity, ready for controversy once again, poker-faced, hungry for recognition. It is a great moment in history (post-post-post-history, to be precise, according to older Fukuyamaniac parameters) — the dealing, the timing, and the sleight of hand are excellent. But even the greatest of magicians loses his audience and detractors when he pulls the same card twice.

This book attempts to explain contemporary “identity politics” in terms of a convoluted Platonism — one that recycles Fukuyama’s earlier misappropriation of Plato’s idea of thymos as a “master concept”, existing independently of one’s particular society or culture. Thymos, in End of History, was Fukuyama’s esoteric tarot trump explaining all significant truths about the old armageddon; it is recycled in Identity with greater vigour.

The concept of “identity” in this book operates under three heads. The first is a long-winding exposition on (you guessed it) thymos — the part of the universal Fukuyama “soul” that, acting outside desire and reason, irrationally craves recognition. The second is a distinction between “the inner and the outer self”, which leads the thymos to morally prioritize the “inner self” over society in terms of identity politics, as witnessed in alcoholics, drug-addicts, suicide-bombers, Rousseau, and particularly in, Simone de Beauvoir and Vladimir Putin. The third is an “evolving concept” — the “universalisation of dignity” concurrent to the expansion of a global market economy, which expands the scope of individual choice outside the realm of morals — people are free to choose occupations, domiciles, sexual partners, and recognize toothpaste brands with greater “dignity”. (The possibility of this “dignity” remaining hypothetical for a greater part of the world population does not exist under this conceptual rubric.)

The problem with people crying hoarse about the abnegation of their identities is not the abuse and exploitation; they are unconscious victims of a thymos corollary, megalothymia — “the desire to be recognized as superior.” The “real indignity of racism” for African-Americans, Fukuyama explains, is not to be found in five centuries of colonialism, Jim Crow, lynchings, or racial segregation, but in the mysterious operations of their innate thymos — their dogged craving for recognition of the fact that they were “invisible to their white peers, not necessarily mistreated.”

The greater part of Identity contains Fukuyama’s tirades against all (naturally misguided) liberals and the left for “promoting the interests of a wide variety of groups perceived as being marginalized — blacks, immigrants, women, Hispanics, the LGBT community, refugees, and the like.” Since the connections are established too fast, and without regard for the tortured conditions of social being in a soul-less world, paranoia follows. A newer addition to the enduring mystery of thymos is that it is also “rooted in human biology” —Fukuyama twists primatological evidence to suggest that “identity drives” occur in people because of higher levels of the neurotransmitter, serotonin. Identity, therefore, becomes a self-feeding malign power of destruction in apes and humans; biologically rooted, it contains the sinister forebodings of a zombie apocalypse.

The monstrosity of his positions, the sheer disregard of histories of the marginalized and the oppressed, is precisely aimed to create strong visceral responses in certain readers. Perhaps it will, for Fukuyama remains perspicaciously silent on issues of anti-immigrant populism and re-emergence of white nationalism in the United States and Europe. Consider it a historical curiosity that his 1992 doomsday book contained a sure-shot solution for megalothymia — the market will ensure a successful outlet for this corruptive malady of the soul. One of Fukuyama’s many examples, quite inadvertently, was an ambitious individual called Donald Trump — “whose desire for recognition had been safely channelled into a business (and later an entertainment) career.”

Identity: The Demand for Dignity and the Politics of Resentment By Francis Fukuyama, Hachette, Rs 499

All academics suffer delusions of grandeur, but Francis Fukuyama, without doubt, suffers the worst. Three decades after his moment of glory, he continues to deal in world-historical crises of the apocalyptic sort, the uninspired identity exercises of an ageing celebrity Magus somehow getting on with his soul-less job of dealing tarot cards in the post-truth era. This book contains Fukuyama’s dark views on, what the Major Arcana card at hand foretells, the impending zombie apocalypse of “identity politics”.