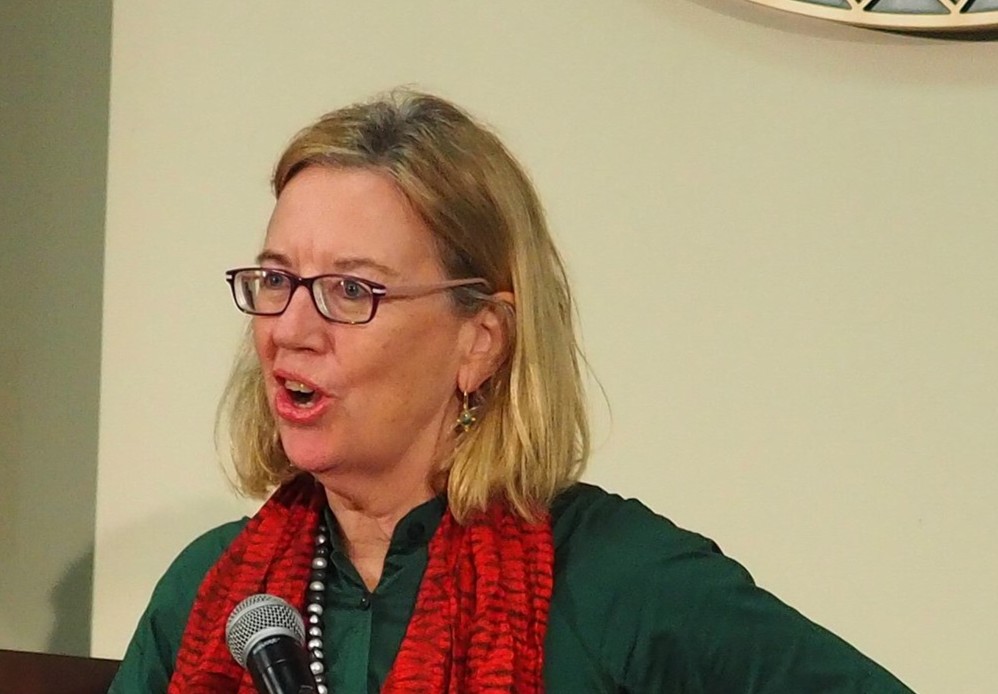 The dramatis personae, presented at the beginning, is categorized into explorers of the Royal Geographical Society, English writers, London art crowd, Calcutta Parichay adda, relatives, nationalists and communists, “Die Hards” and conservatives. But this clear categorization, as the book reveals, does not do justice to the affective relationships that were forged between these individuals. The three main foci of The Last Englishmen are John Auden, pioneering geologist and founding member of the Mountain Club of India (1927), Michael Spender, mountaineer, who hoped to be included in the expedition to climb Mount Everest, and Sudhindranath Datta, poet, essayist and one of the hosts of the Parichay adda.

Readers familiar with Baker’s A Blue Hand (2008) will recognize her style. The Last Englishmen is not simply a historical account of these interconnected groups: it is an ambitious attempt to bring to life the individuals by imbuing them with a degree of subjectivity. Baker’s archive is impressive. It includes autobiographies, private papers, personal letters, Special Branch and Intelligence files held in collections across continents, and even occasional forays into fiction.

It is unusual for historical narratives to employ what in literary terms is called ‘free indirect discourse’ (a third-person narrative style which blends in individual consciousness), but that is what Baker appears to be doing. This is not without its problems. For instance, Auden’s first impression of India as he makes his George Mallory-inspired journey is described using words borrowed from a patently orientalist section of Alfred Spender’s The Indian Scene (1912). The lack of in-text citation means that the casual reader might mistake this for Auden’s own point-of-view, which, in spite of a similarity in the empirical details, may have differed from Spender’s. There also appears to be some confusion about Richard Crossman’s epithet for W.H. Auden’s circle of privileged radicals (‘golden boys’), which is used by Baker to describe Michael Carritt and his brothers.

The portrait of Sudhindranath is drawn with feeling. In one section, however, Baker writes that the poet knew that he had to discard “his natural exuberance” “if he wanted to be taken seriously by an Englishman”. In the letter cited, Datta appears to speak of the condition of Indians in general and what they have been told about emotional expression vis-à-vis “the West”. While Datta undoubtedly crafted a restrained and rigorous style in prose and in poetry, his closeness to Auden would probably have rendered aspirational self-fashioning unnecessary at a personal level.

In another instance, an anecdote from Datta’s The World of Twilight about a nineteenth-century “scion of a great house” (possibly Brajendra Narayan Ray) who claimed to have spent a fortune on his mistress’s cat’s wedding is transposed misleadingly. The suggestion seems to be that this was “someone he [Sudhin] knew”. The privileges that the poet enjoyed in his own time could have been illustrated without this apparent confusion. Besides, even though biographies of literary communities are interesting from a historical vantage point, one wonders if it is possible to reach a nuanced subjective understanding of poets like W.H. Auden or Datta without analysis of their poetry.

In sections, there appears to be an over-reliance on the source material: Carritt’s A Mole in the Crown, Humphry House’s I Spy with My Little Eye, Shyamalkrishna Ghosh’s Parichay-er Adda, among others, are paraphrased in chunks, including some fine turns of phrase. A detached double-take on the exploitative relationship between Western mountaineers and the Sherpa (these debates are very relevant today) would also have been a welcome break from the free indirect discourse.

In an otherwise interesting set of narratives, seemingly harmless discrepancies can make the reader question the apparent smoothness with which they are strung together. The point, however, is not to nit-pick on details. The one thing that ties the different strands of Baker’s story thematically is the mind-altering effect of high-tension situations even in the most resilient intellects — whether in the almost inhuman conditions on the highest peaks or in the climate of international political trauma. In that, The Last Englishmen tells a humbling story. The tales of friendship written across cultures and sustained through difficult times also offer a reassuring alternative in a world all too happy to lapse into antagonistic binaries.

The Indian Constitution protects the butcher, the baker and the candlestick maker

In The Last Englishmen, Deborah Baker attempts to capture the tumultuous couple of decades leading up to India’s independence through the lives and minds of a remarkable cast of characters spread across continents and scaling alarming altitudes. It reads like the clinching argument for Frigyes Karinthy’s “six degrees of separation” proposition, as Baker traces the intertwined lives of John Auden and Michael Spender (older brothers of the poets, W.H. Auden and Stephen Spender), Nancy Sharp, Sudhindranath Datta, Susobhan Sarkar, Humphry House, Michael Carritt and P.C. Joshi, among others.

The Last Englishmen: Love, War and the End of Empire By Deborah Baker, Viking, Rs 599