Advertisement
Home / Culture / Books / The Indian Constitution protects the butcher, the baker and the candlestick maker

The Indian Constitution protects the butcher, the baker and the candlestick maker 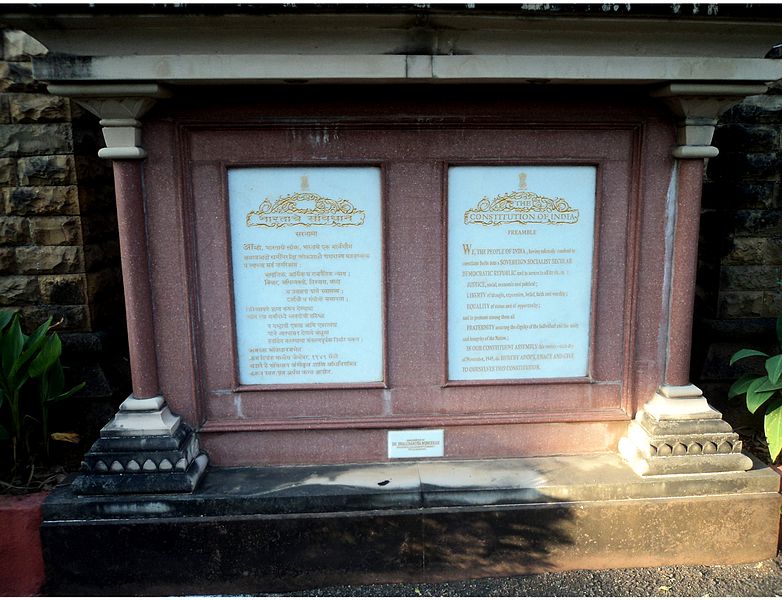 The battle over the early Indians

Thus, what do Parsis, Commercial Sex Workers (CSWs), Muslim butchers and Marwaris have in common? All of them have used Constitution to their advantage.

In earlier times, the urge to help the helpless was driven by ethics and morality dispensed by priests and charities. Today, the judiciary, most notably the Supreme Court, is the court of last resort for those seeking justice from a Hobbesian, all powerful, arrogant and un-empathetic State.

De cites four cases as examples of those who were rescued by the Court from under the heavy boot of the Indian State.

One is the Parsis who protested against the prohibition of alcohol. It’s destroying our livelihood, they said. The second are the Marwaris who protested against ESMA. Again, the plea was the same. The third are the Muslim butchers who appealed to the Court against the ban on cow slaughter. Same plea again. And the fourth is a sex worker who claimed her rights under Article 19G which guarantees that people can engage in whatever trade they wish to.

No one summed it up better than Justice Vivian Bose who De quotes:

The Constitution is not for the exclusive benefit of governments and states… it also exists for the common man, for the poor and the humble… for the butcher, the baker and the candlestick maker.

That the British would rule India with a heavy hand was a given. What was not a given, however, is that independent India would follow suit.

Thus it was that in 1950 the municipality in Jalalabad in UP issued a licence to a merchant to sell vegetables. The license gave him a virtual monopoly, against which the others protested – to the Supreme Court, no less. It decided in their favour.

A year later, one Pesikaka was sentenced to a year in the Arthur Road prison in Bombay. His crime was not that he was drunk but that he didn’t have the State’s permission to drink!

Lawyers then petitioned the Bombay High Court against prohibition itself. The Court sort of ruled in their favour. The judgement is a classic of the slicing-dicing of rights. Then the state appealed to the Supreme Court which further sliced and diced rights.

The CSW's case was similar. She challenged the Suppression of Immoral Traffic Act saying it prevented her from carrying on her business. In the end, the main challenge came down to a procedural one, rather than a moral one, namely the right of the Magistrate to expel a prostitute. The Court struck that bit down.

Much the same sort of thing happened with the butchers and the Marwaris. In the former the law banning cow slaughter was upheld but with exceptions. In the latter case, the legal point became of excessive delegation to babudom under ESMA. The Supreme Court gave a most peculiar judgement: it said it would not go into that issue because the petitioners had not applied for permission to transport cotton cloth across state lines in the first place! It thus dodged the question.

The importance of this book lies in two of its major aspects. The first is the fact that the Indian Constitution has allowed the constitutionalisation of cases when people have sought their rights.

The second is the extent to which the Constitution is an exercise in the bureaucratisation of life. Unlike the other Constitutions of the world, it seeks to control rather than to free which, given its intellectual provenance, does not come as a surprise.

I only wish he had added a line at the end seeking a review of the Constitution with a view to identify and eliminate its intrusive, process-oriented articles.

In the eminently readable book, A People’s Constitution: The Everyday Life of Law in the Indian Republic, Rohit De, assistant professor of History at Yale University, explains exactly how our Constitution has helped India’s marginalised social groups.