All about Stanley Tucci’s book ‘Taste: My Life Through Food’

‘I mean, if you can’t eat and enjoy food, how are you going to enjoy everything else?’ 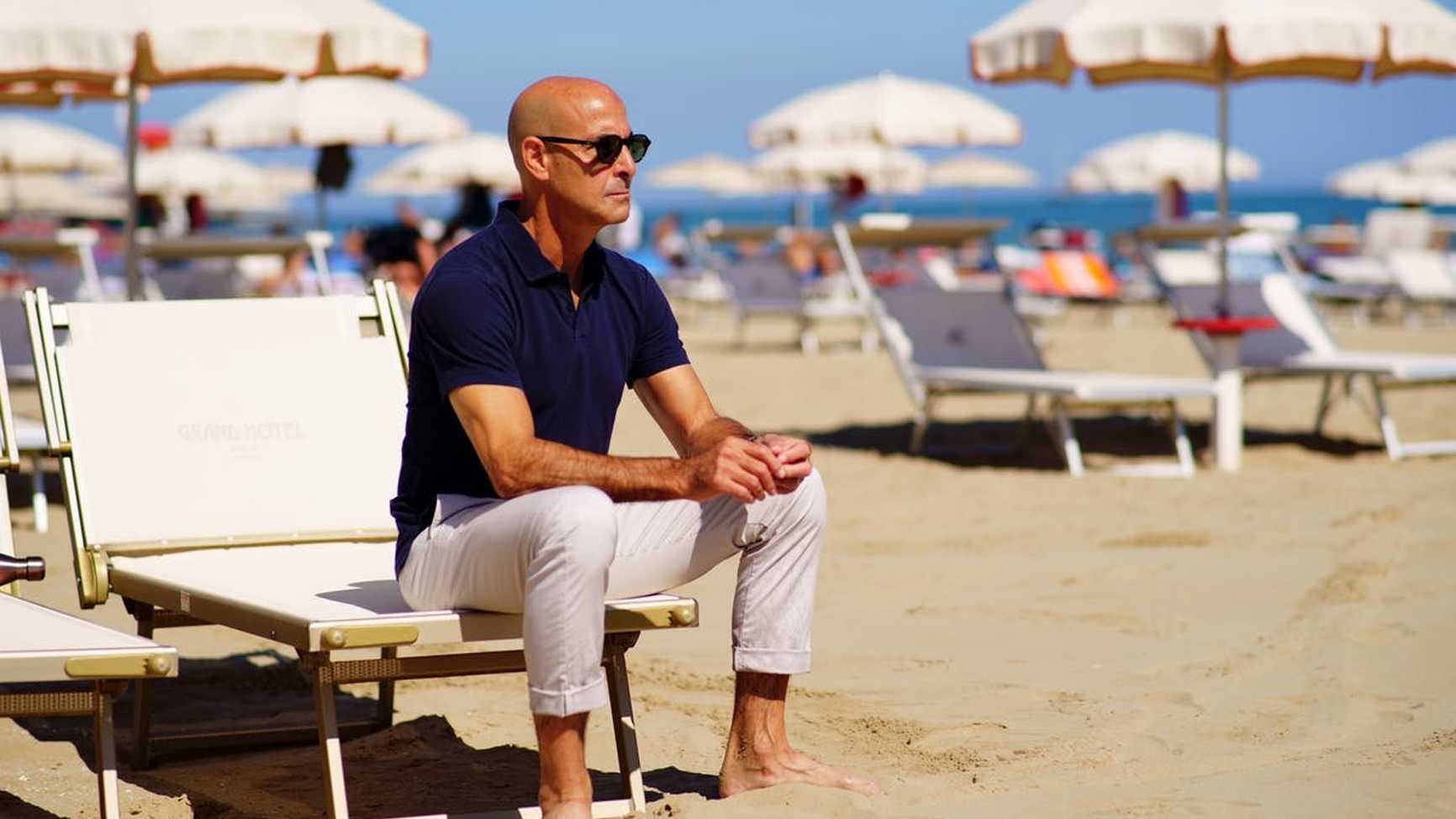 About three years ago, the actor Stanley Tucci was strapped to a board in a New York hospital, while he received radiation therapy to get rid of a tumor at the base of his tongue. A specially made surgical mask had been snapped over his face, so he couldn’t move, and a plastic bite block was inserted into his mouth, with just a small hole for him to breathe. “It was horrible,” Tucci said in an interview last month.

After three radiation sessions, he started experiencing vertigo and losing his appetite. After a week, anything he ate tasted like wet cardboard “slathered with someone’s excrement.” His mouth filled with ulcers.

Throughout this harrowing experience, Tucci said, he wasn’t afraid of death. He feared losing his sense of taste. “I mean, if you can’t eat and enjoy food, how are you going to enjoy everything else?” he said.

He tells this story in his new book, Taste: My Life Through Food, which Gallery Books has published, is an unconventional memoir about his love — and occasional hatred — of eating and drinking, reminiscing on his mother’s cooking (“proof that culinary creativity may be the most perfect art form”) as well as the appalling food he’s eaten on film sets.

“The only thing that makes Italian set catering bearable is that wine is always served,” Tucci, 60, writes. “Tragic for a country that is a culinary oracle.”

His bout with cancer comes, surprisingly, at the end of the book. Most of the rest of it portrays the Stanley Tucci who became one of the breakout hits of the pandemic in his six-part CNN series, Stanley Tucci: Searching for Italy, in which he charmed his way around his grandparents’ home country, snacking. “The whole thing verges on obscene,” Helen Rosner wrote approvingly in The New Yorker, after describing the “sensory ecstasy” Tucci got from smelling Parmigiano-Reggiano.

Yet when Tucci made that show, he was still recovering from the cancer treatment, he said. “It was hard because I could taste everything, but I couldn’t necessarily swallow.”

At one point, while eating steak florentina, a traditional Tuscan dish, “I had to chew it for 10 minutes to get it down my throat,” he said. Other times, “I just had to get rid of the food,” he said, sounding disgusted with himself for wasting a good meal.

Tracing his love of food to his family 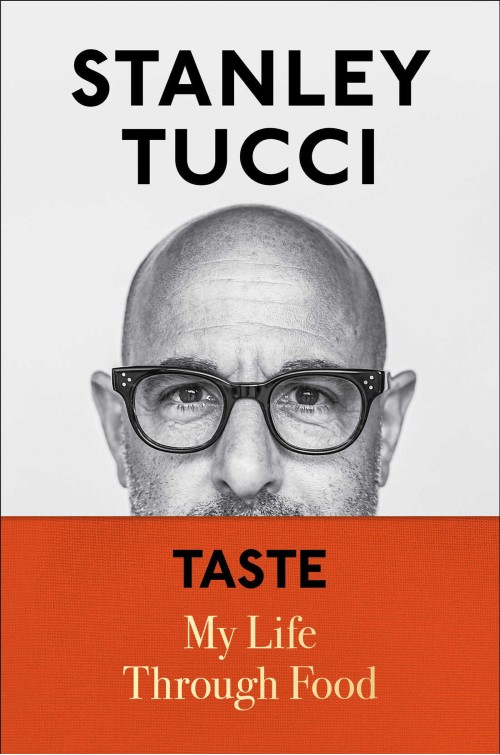 Tucci — who lives in London with his wife, Felicity Blunt, a literary agent, and his children, including their daughter Emilia, who was born in the middle of his treatments — said he didn’t think twice about making the show. “There was no way I wasn’t going to make it,” he said. “I’ve wanted to tell for a long time the story of Italy and the disparate cuisine in every region.”

Was it also about restoring a sense of normalcy to his life? “Yeah, I suppose so,” he said.

Tucci, who grew up in Katonah, has written cookbooks before, and Taste contains several recipes, including a simple one for a Negroni and a more complex one for timpano, a baked drum of dough stuffed with pasta, ragu, meatballs, eggs and other delights that features in his 1996 movie Big Night.

The book contains nostalgic tributes to lost Chinese-Cuban restaurants and a recollection of when he ate minke whale in Iceland (“Never had vaguely assuaged guilt tasted so good”). But its focus is on the role food has played in his life, whether it’s the time, aged 13, that he stumbled upon his grandmother on her back porch skinning a squirrel (“I looked at her as though she were mad,” Tucci writes, “and she looked back at me quizzically, as if I were the one who was mad”), or when he defeathered pheasants with his wife.

“For anyone not interested in food, it would have been eye-wateringly boring,” Blunt said in an email of their gastronomic conversations. “But for me it was a delight.”

Another surprise of the book is that it barely touches on Tucci’s decades-long acting career, which includes roles in Julie & Julia, The Hunger Games and The Devil Wears Prada. There’s no score-settling or even celebrity gossip, unless you count his account of eating andouillette with his Julie & Julia co-star Meryl Streep. Andouillette is a French sausage sometimes made with a cow’s colon. Tucci pointed out it looked like a horse’s penis. Streep agrees, tries a bite, and says, “It does have a bit of the barnyard about it.”

“All that’s terribly boring stuff,” Tucci said, when asked why he didn’t discuss his career.

What’s far more interesting, he said, “is you’re going through life, you have this trajectory and this vision, then suddenly this whole other good thing is like a sidecar attached to you, and you’re off in another direction.”

Tucci traces his love of food to his family. His mother, an excellent cook, would send him to school with sandwiches made from the previous night’s eggplant parmigiana, while he jealously eyed his friends’ peanut butter and jelly sandwiches.

But his passion only really blossomed after he started work on Big Night, about two Italian immigrants trying to save a failing restaurant in New Jersey. While researching it, he worked in a kitchen run by the chef Gianni Scappin and realised he couldn’t stop asking questions about how the dishes were made and what ingredients went into them.

Scappin said in a phone interview that, at the time, he had no idea who Tucci was and let him into his kitchen largely because he was free labour. But soon Tucci showed he had real talent, Scappin said.

“He was so focused,” he added. “He was watching everything: how I chop an onion, how I make a frittata. Once I saw him staring at this rag I have attached to my apron to clean my hands, and I was thinking, ‘Why’s this guy staring at me?’” The rag appeared in Big Night.

“He’ll probably open a restaurant one day, just to be more involved in food,” Scappin said.

Tucci does try to bring his love of good food and drink into his day job. He takes two Nespresso machines to his sets: one for his trailer, another for the make-up truck. He packs home-cooked food in cooler bags to avoid the catering. At night, he sometimes makes cocktails for colleagues or invites them to dinner.

Recovering from the tumor seems to have affected some of those rituals. He cooked a risotto Milanese for his co-star, Colin Firth, when they worked together on the movie Supernova, released earlier this year. In an email, Firth said that it was the best he had ever had, but Tucci “was convinced it tasted awful and was mortified”.

“He simply wasn’t tasting what we were,” Firth said. “One was left to imagine how distressing this was, because most of the time he put on a very brave and matter-of-fact face.”

During his recovery, Tucci watched cooking shows, “which was weird because even the smell of food then would just make me want to throw up,” he said. “But I liked watching them. I just wanted to learn more, live vicariously through them. It was a way I was going to have that once again.”

The treatment had, oddly, delivered a culinary benefit, he said. In his 20s, he’d discovered he was lactose intolerant and couldn’t digest sugar well, either. Those problems seem to have disappeared.

But it was clear he had some way still to go. At the start of the interview in a movie theatre near his home, Tucci reached into his jacket and pulled out a rooibos tea bag to add to water, explaining that normal tea had too many tannins (“It makes my mouth so dry, it’s like eating chalk”).

When he is feeling better, and when it won’t feel like work, he dreams of eating steak, pad thai, dal, sushi. Until then, his CNN series has been renewed for a second season, and there was dinner to prepare. He already knew what he was going to make.

“Just some pasta, with fresh tomato and shrimp, a little shrimp stock, some basil, and then we can throw a salad on the side,” Tucci said, looking up to the ceiling as if picturing the meal to come. His eyes glowed.