A woman’s guide to wandering the city streets

The only way for a woman to merge with the crowd lies in a paradox: to be so frequently visible that she gradually becomes indistinct — invisible 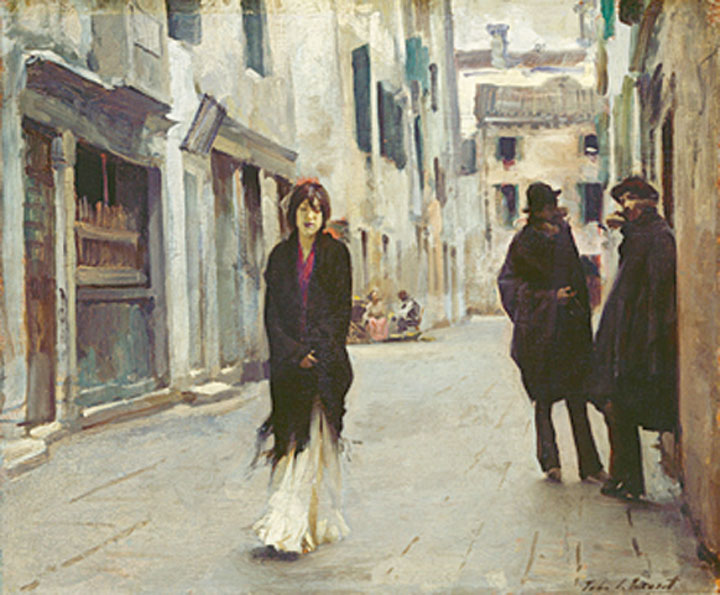 Women have traditionally been deprived of this inconspicuousness, and loitering unseen, undisturbed, has remained the privilege of men. With ‘respectability’ invariably being the woman’s burden to bear, the figure of the solitary woman was largely absent from the Western cityscape until the 1880s.
Kamalika Basu   |     |   Published 10.01.20, 09:44 AM

In large cities, writes Victor Hugo, “[t]o rove about, musing... is... a good way of spending time”. Across centuries, authors have partaken in this joyful exercise, scribbling their observations as they wander the city streets alone. While the English essayist and self-proclaimed “walker of the streets”, Thomas De Quincey, mapped out London with his feet, wobbly under the influence, Charles Dickens’s night walks bound him with the city in a shared sense of “restlessness”. To forge such intimate bonds with a city, to be a flâneur, a ‘passive observer’, it is necessary to be, in the words of Charles Baudelaire, “at the centre of the world, and yet to remain hidden from [it]”.

Yet women have traditionally been deprived of this inconspicuousness, and loitering unseen, undisturbed, has remained the privilege of men. With ‘respectability’ invariably being the woman’s burden to bear, the figure of the solitary woman was largely absent from the Western cityscape until the 1880s. To not be labelled a ‘street-walker’ once out in the city, she had to wait either for the advent of consumerism (when many women began to work as shop girls) or of the war (when millions of women entered the workforce to, figuratively, step into men’s shoes). Even if the woman did appear on the streets, say, on an errand, it was likely that she would be arrested by the male gaze. Consider the passer-by in Baudelaire’s poem, “À Une Passante”, who was hurrying down the street when the poet’s eyes detected her and began to delineate her “limbs of perfect poise” visible under the hem of her dress. Could she be rushing just to avoid this very encounter? It is a pity that John Gay, who penned a 1,000-line poem on the tricks of safely navigating city streets, did not have a word of advice for women.

Unsurprisingly, this dominance of the urban public space by men cast a shadow so dark on the woman’s mind that it made her wary of even the concept of womanhood. A 19-year-old Sylvia Plath, who, like Dickens, had a taste for night air, writes in her journal that being born a woman was her “awful tragedy”, her body being always under the threat of assault. But shackling the mind is only one step in this game of power. In Wanderlust, Rebecca Solnit observes how standard women’s clothing — high heels, corsets or narrow skirts — seemed designed to cripple women’s mobility. Is it a wonder then that the 19th-century French author, Amantine Aurore Dupin — she lived and wrote prolifically as ‘George Sand’ — rejected feminine apparel for those of men, even though this was illegal in France until as recently as 2013?

While it is true that women have many more miles to go before attaining the invisibility that Virginia Woolf seeks in “Street Haunting”, of shedding one’s identity to “become part of [a] vast republican army of anonymous trampers”, shunning femininity cannot be an option. The only way for a woman to merge with the crowd lies in a paradox: to be so frequently visible that she gradually becomes indistinct — invisible.

The Carpet Weaver: Love and art in a restless world

Read these, if you haven't already