Lobel dealt head-on with the complexities, misunderstandings and emotional upheavals that define a true friendship 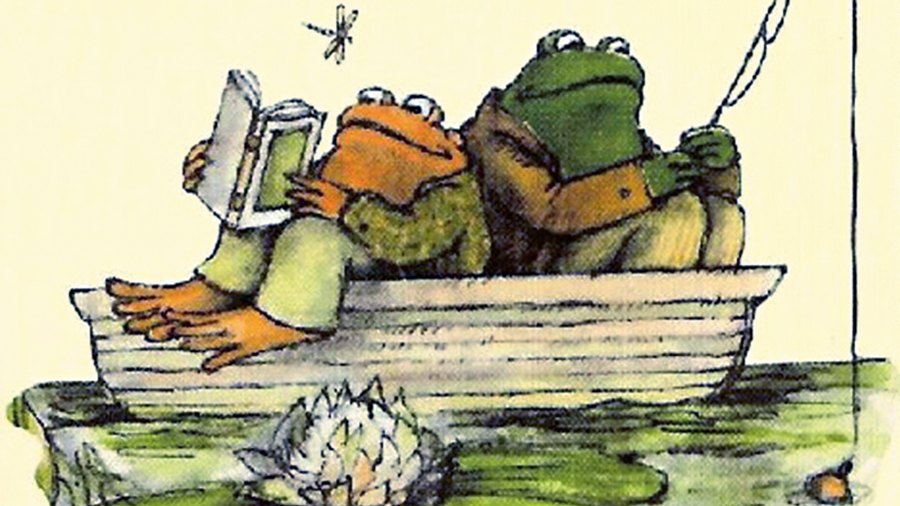 In the list of great friendships in children’s literature, Arnold Lobel’s Frog and Toad — they completed 50 years of togetherness recently — ought to sit right at the top. A classically odd pair, Frog is lean, bright green and a good head taller than the stockier and brown Toad. Frog is buoyant, optimistic, and creatively flexible when things go awry. Toad, on the other hand, is melancholic and often angry. Like their forebears in The Wind in the Willows, Frog and Toad bumble about the forest in tweed sports coats, and while each short story begins with the promise of an adventure, the plot twist is that, invariably, nothing really happens. We don’t go far with Frog and Toad, yet in tale after tale, we realize that Frog and Toad are friends in every plausible sense of the word.

Their story, however, begins with deception — not an act usually associated with friendship. It is the first day of spring, and Frog is eager for a celebratory post-hibernation reunion. But Toad won’t get out of bed. He tells Frog to return in a month and goes back to sleep. But instead of resigning himself to isolation, Frog sneaks back into Toad’s house, rips a handful of pages out of the calendar, wakes Toad back up, and tricks him into believing that a month has passed. Frog has no qualms about lying to his friend if this lie keeps Toad from sinking into despair.

Lobel dealt head-on with the complexities, misunderstandings and emotional upheavals that define a true friendship. In one story, Toad reveals to his friend that he thinks that he looks funny in his bathing suit. Instead of reassuring Toad about his appearance, Frog ends up betraying Toad’s confidence to a bunch of woodland creatures. After being laughed at by turtles, lizards, dragonflies, a field mouse, a snake and —this seems cruel — Frog himself, Toad simply picks up his clothes and goes home. This is where the story ends. At this point, the reader may wonder whether their friendship would last. But in the very next
story, Frog is, once again, at Toad’s doorstep to lift the latter out of his “sad time of day”.

But perhaps the most important lesson that Frog and Toad teach us is that equality, although central to any relationship, is difficult to achieve. In spite of Frog’s seeming transgressions, it is Toad who is afraid of losing Frog. Once, Toad arrives at Frog’s house to find a note that says Frog is not at home because he wants to be alone. Worried about this unusual absence, and terrified that Frog has left him for good, Toad sets out to find Frog. When he does find his fellow amphibian, he asks Frog why he is unhappy. Frog counters, “I am happy... I wanted to be alone. I wanted to think about how fine everything is.” The story ends with the “two close friends sitting alone together”. This, then, is Lobel’s most poignant message: friendship is not always about togethernes