Advertisement
Home / Culture / Arts / Why we should be outraged about T.M. Krishna's cancelled concert

Why we should be outraged about T.M. Krishna's cancelled concert

And no, you don’t have to know even half a tillana or a taal to feel that way 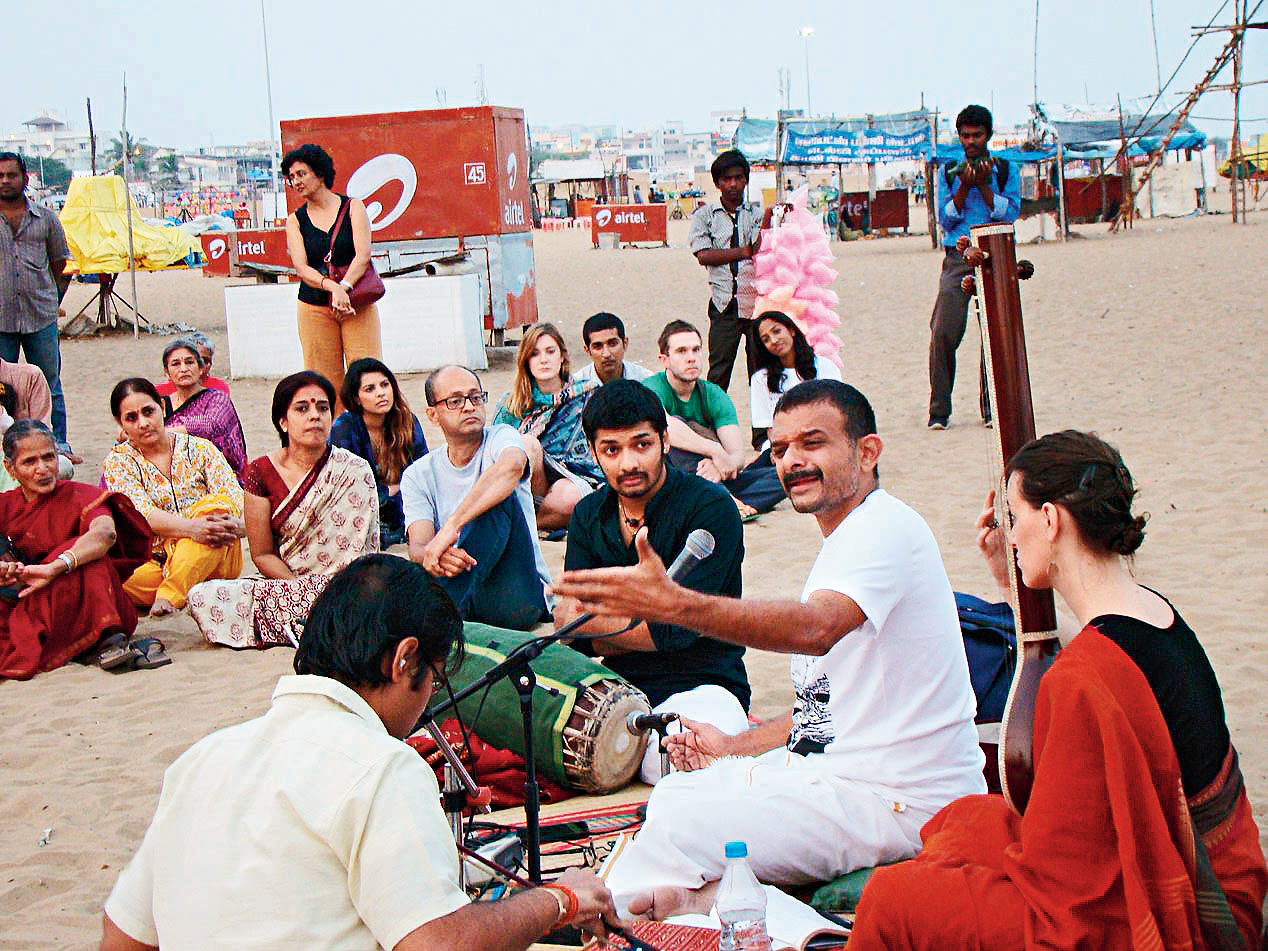 You don’t have to know even half a tillana or a taal to be outraged about what happened with the T.M. Krishna concert that the Airports Authority of India (AAI) pulled the plug on last week. After trolls reportedly drew attention to Krishna's distant left of Centre views, the concert was postponed. In a quiet communication to co-organisers SPIC MACAY, however, AAI cited 'exigencies'. On its website, the opening ticker continued to advertise some global aviation summit and expo with the tag line 'Flying for all'.

You might not know a kutcheri from a kachori, but you might have heard how Krishna turned Carnatic music on its head, upset the caste and culture bogie. He performed in a church, sang a song in praise of Allah, another on Jesus. He fights the green war — in the multi-genre music video “Kodaikanal Won’t” he collaborated with others to raise awareness on the issue of Unilevers’ dumping of toxic mercury in the south Indian hill town. He is unsparing of Modi sarkar’s doings, true. But if you know him by his timeline, last week he critiqued Tharoor's views on Sabarimala. When AAI announced what it did, an unfazed Krishna said, “Give me a stage anywhere in Delhi...I will come and sing.” It makes us sad that he had to even ask. It was a cue for a countrywide chorus.

Dear Virat, freedom of choice really is a thing