As the followers of proscenium theatre stare at an uncertain future, many among them have embraced tools like Facebook Live and Zoom to let the adrenaline flow 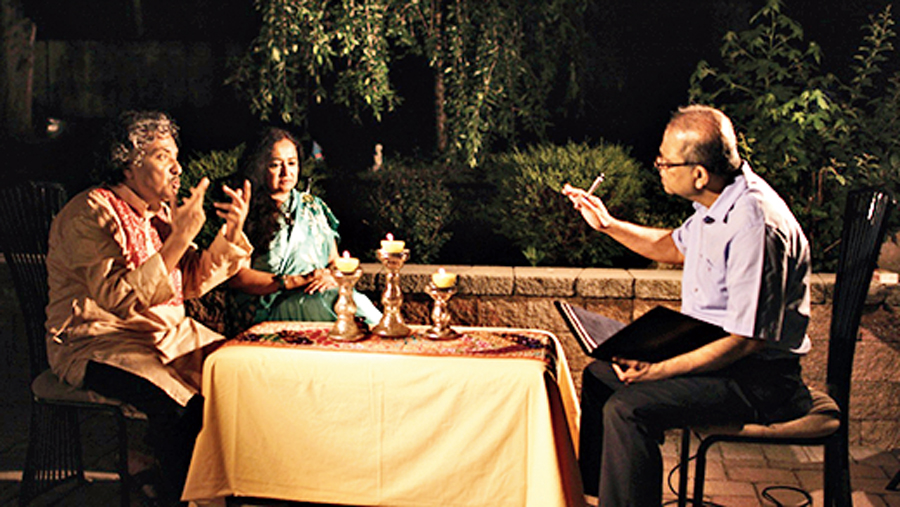 Anything now going in the name of theatre on digital platforms misses two vital components of any live art: immediacy and interactivity. As the followers of proscenium theatre stare at an uncertain future, many among them have embraced tools like Facebook Live and Zoom to let the adrenaline flow. This has also helped local enterprises hitting a global note. For instance, New Jersey-based Epic Actors’ Workshop has been organizing the South Asian Theater Festival since 2006. As the 15th edition of the SATF hit rough weather, the organizers decided to offer a ‘virtual theatre experience’ on August 1 and 2.

With Gargi Mukherjee presenting it, individuals and groups joined forces with live and pre-recorded versions of their ‘productions’, interspersed with discussions and video messages by the likes of Amol Palekar, Meghnad Bhattacharya and Mahesh Dattani. Sitting in a Calcutta drawing-room, it opened a window to theatre practised by the Bengali community in cities like New York and New Jersey. Some glimpses came straight from the everyday reality of the South Asian diaspora. I Shakuntala, written and directed by Golam Sarwar Harun and Gargi Mukherjee and presented by Dhaka Drama in English, is a case in point. Theatre in Break’s Waiting Room, directed by Subhashis Das, touched a raw nerve and reminded us of Jean-Paul Sartre’s No Exit. With the actors sitting in individual apartments and making an effort to get their acts right in front of the camera, the outcome looked strained but honest.

The ECTA tried to simulate a digital rehearsal room with the reading of Agnes, written and directed by Sudipta Bhawmik. Bhawmik revisits the early days of leftist revolutionary politics in North America with Lala Lajpat Rai (Soumendu Bhattacharya) at the centre and a battery of young activists, including one Agnes Smedley (played sensitively by Sudipta Majumdar). The ECTA’s take on Sher Afghan (picture), directed and led from the front by Avik Chatterjee, looks poised for greater
heights.

Among other language productions, the ‘workshop trailer’ of Navarasa Dance Theater’s exciting work, Courtesan’s Conversations, choreographed by Aparna Sindhoor and Anil Natyaveda, was recorded live from a rather raucous stage show. One wished to see more of it. Theatrix’s Radha Waja Ranade has a long way to go.