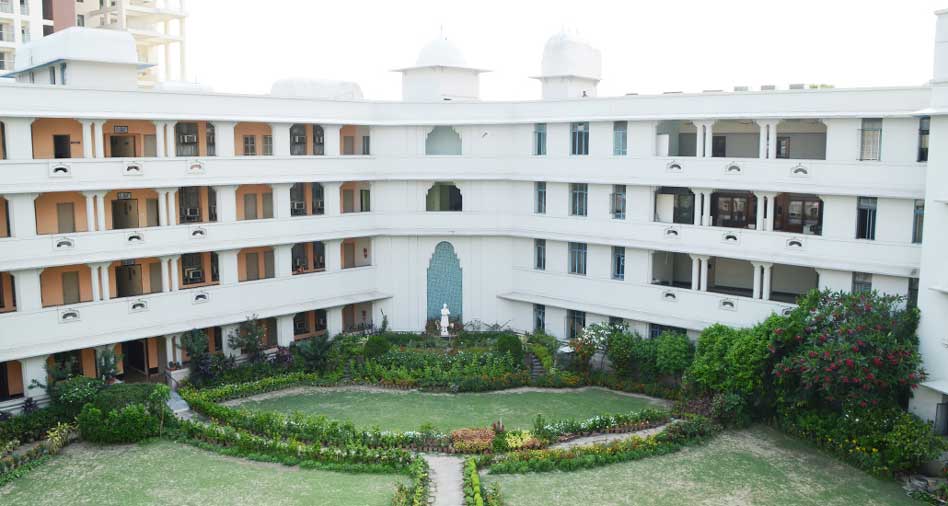 The Ramakrishna Mission Institute of Culture, Golpark, celebrated the 159th birth anniversary of Swami Vivekananda with a melodious tribute. A music festival to mark the occasion has been an annual ritual of this institution. This year, even though the programme was digitally telecast, it brought much solace to music lovers amidst the anxieties and uncertainties of the pandemic. The Vivekananda Hall resonated with diverse ragas, even as the audience tuned in from their homes.

The morning session of the event commenced with a pakhawaj recital by Uddhavrao Shinde Apegaonkar, with Allarakha Kalawant on the sarengi. Apegaonkar presented chowtaal with all its attributes and gave an enjoyable performance. This was followed by a sarod recital by Narendranath Dhar (picture, top), who began with an alaap, jor and jhala in Raga Shudh Sarang. He took time escalating the mood, but there was a smoothness to his rendition of the raga. Dhar played gats in Gour Sarang in madhyalay and drut; the presentation was enchanting owing to the variations in movements. He concluded with a brief glimpse of Raga Suha. He was ably assisted by Parimal Chakraborty on the tabla.

Wasim Ahmed Khan (picture, bottom) took the stage next for his vocal recital — he started off with Raga Multani. A sincere proponent of the Agra gharana, Khan always leaves a distinct mark of his gharana on his renditions. The elaborate nom tom alaap brought out the calmness that is the essence of this raga. In the vilambit kheyal as well as with the vistaars through all the octaves, the artist was versatile. This was followed by an arresting drut with sparkling taans. Khan also enchanted listeners with an exceptional rendition of Dhanashree, which is rarely heard. The performance was made even more soulful by perfect accompaniment on the tabla by Bibhash Sanghai, on the harmonium by Gourab Chatterjee and on the sarengi by Sarwar Hussain. Khan created a matchless ambience of musicality.

Khan’s presentation was followed by the final performance of the day — a sitar recital by Kushal Das and his son, Kalyanjit Das, with Anindya Chattopadhyay and Anubroto Chattopadhyay on the tabla enhancing the charm of this rendition of Patdeep. The beginning was melodious and the onstage coordination among the artists was good. The alaap and jor were followed by the vilambit, madhyalay and drut gats. The sections performed by Anindya and Kushal were more captivating. Even though the artists took their time with Raga Patdeep, their ending left audiences yearning for more. The festival was brought to a perfect conclusion with a dhun in Mishra Kafi. Debashish Basu and Biplab Ganguly did a fine job of compèring the entire event.

Magan Mandir recently inaugurated its website in a tribute to Pandit Chinmoy Lahiri. The initiative was spearheaded by Shyamal Lahiri and Mandira Lahiri in presence of artists such as Gobinda Bose, Samar Saha, Tanmoy Bose, Parimal Chakraborty, Rajeeb Chakraborty and Malabasri Das. This was followed by a musical event to mark the occasion. The solo tabla recital by the very young artist, Iraban Jha, and the light classical music presented by Ruchira Jain charmed the audience.

Sanjana Jana, a disciple of Mandira Lahiri, chose Raga Maru Behag and sang two compositions by Pandit Chinmoy Lahiri — one in vilambit kheyal set to ektaal and another in drut kheyal set to teentaal. Her presentation was quite impressive. Jana concluded her recital with a melodious thumri based on Raga Manjh-Khamaj, also composed by Pandit Lahiri set to jat taal. She was ably supported by Abir Mukherjee on the tabla and Sanatan Goswami on the harmonium.

The evening concluded with a sarod recital by Rajeeb Chakraborty, who played Raga Haimavati and later rendered a composition by Pandit Lahiri in Raga Nand-Kauns. Parimal Chakraborty provided deft support on the tabla. The programme was compèred by Sanjukta Banerjee.