Meditating on the minutiae

The Colour Fell from the Sky exhibition is a telling frame, given the recent attacks on artistic works by the Just Stop Oil activists 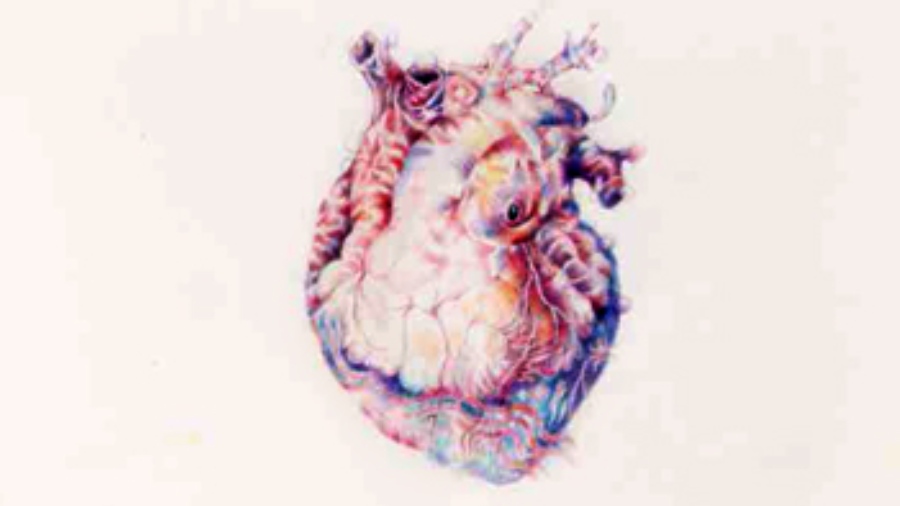 Rashmee Pal Chouteau creates a surreal world in The Colour Fell from the Sky, an exhibition hosted at the Ganges Art Gallery recently. The sight of her delicate watercolours, often taking the form of sea creatures, was akin to scuba diving in a reef — teeming with life and gorgeous colours. However, things are rarely as they seem in Chouteau’s works. What looked like a pretty diagram of the biological heart — and there are several such ‘heartscapes’ — morphs, at times, into branches of coral and, at other times, into curled up octopus. The lungs become a lush plant too, with multi-hued stems and leaves. The stomach and the gut make a colourful world that pulsates with life. Such intersections between the human body and the vegetative world reveal important links. For instance, a rib cage overgrown with plants that produce oxygen is a reminder of the symbiotic relationships that maintain balance in the world.

A telling frame, given the recent attacks on artistic works by the Just Stop Oil activists, is a watercolour of Botticelli’s Venus hidden by a gigantic peony with an oil rig in the background. It is an intriguing encounter between artisanal Renaissance and contemporary industry. One of the most beautiful works, though, is the Park Book — a pamphlet that fans out up like an accordion divider and in which Chouteau records her observations while walking through a garden. It is not only delightfully idyllic but also keenly observant, chronicling different species of trees, plants and animals. A serene sketch in this pamphlet is a meditation on ripple patterns forming on the surface of a lake in shades of blue, mauve and green. It encompasses the spirit of the exhibition — contemplation on minute details that escape us in the bustle of life.