In India, modelling in the nude is not easy for any gender. Shame is possibly the least of a model’s worries 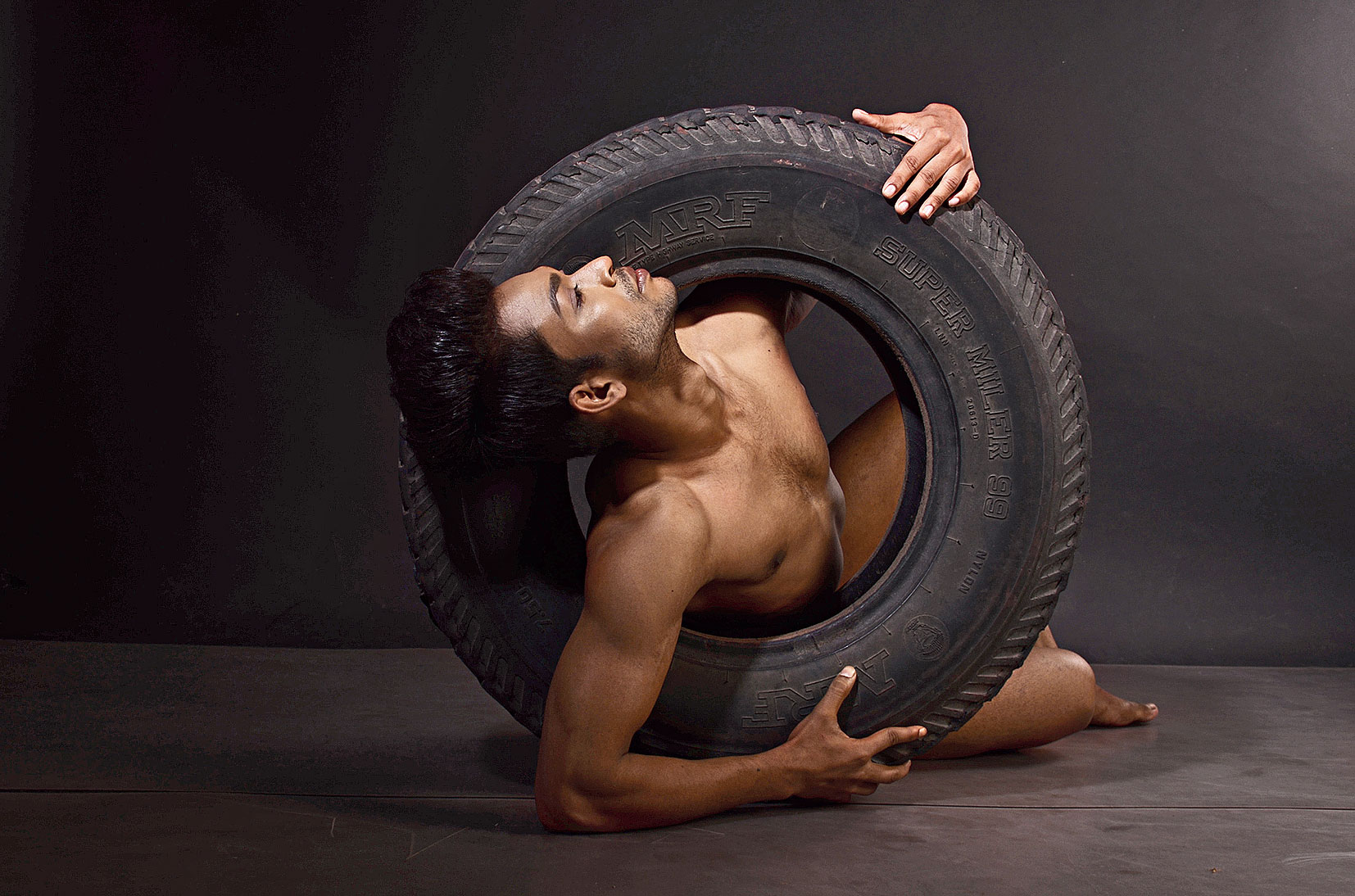 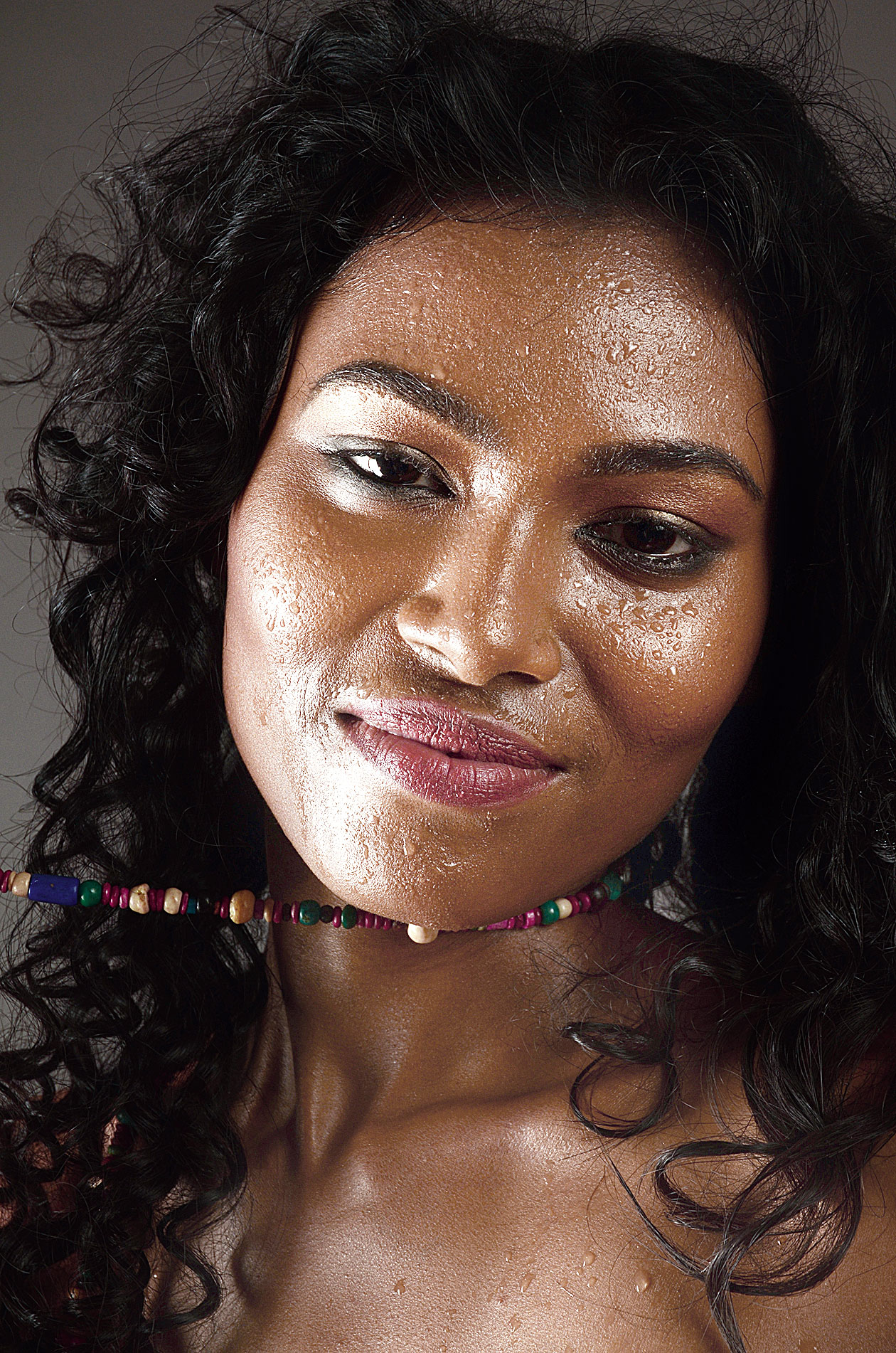 When we stop by at a studio in south Calcutta one afternoon, photographer Aungshita Chatterjee and her students are gathered for a shoot — one of them is an engineer who has come all the way from Bangalore, another is from Durgapur, the third from Calcutta. A shabbily dressed man is arranging the lights. “Meet Madhavda,” says Chatterjee. “He is an expert. I just have to tell him what the theme of the session is going to be and he does the lights perfectly,” she adds.

Chatterjee has done about 50 nude studies to date. As we walk around the dimly-lit room — the wooden shutters of the lone window are tight shut — stark except for the odd prop, we hear Madhavda tell the assembled students — “Aperture 7. Aperture 9. Shutter speed 160. Exposure 14-15.”

At this point, two young women walk in. One of them is skinny, dark and appears to be in her early twenties. She has expressive eyes and this afternoon they are constantly darting hither-thither. Her companion is younger, chubbier. The air about her is easier, if not happier. The elder girl asks the younger one to take a seat on the sofa and heads for the adjoining green room.

Before Chatterjee can start briefing her, she speaks out, the urgency in her voice apparent, “Didi, that is my sister, over there. Can you send her away?”

Once assured that her request is being heeded, she submits herself to the make-up artiste. When she emerges half an hour later, she has a sheet wrapped round her. Her bare shoulders and legs are glossy from the make-up. Her straight waist-length hair has been worked on and now it lies coiled about her like sleeping snakes.

Chatterjee leads her to a wooden stool in the centre of the room. After a moment’s hesitation, the woman casts away the sheet covering her. On second thoughts, casts away is not accurate. She unwraps it in the slowest of motions, and just before letting go of it, flinches visibly, as if it were a band-aid tugging at a new wound.

Indian art colleges, according to artists, follow the Western syllabus with its thrust on naturalism. Nude study is a must for artists who want to paint the human form, sculptors, photographers and even animation artists. “As a student of art, we had to study human construction,” says Asit Kumar Sarkar, an artist and art teacher.

We learn that the best nude models are those who otherwise seem emaciated. “You should be able to see the basic bone structure, the bulges, the curves, all of it,” says Sarkar.

We spoke to Kanjilal, a male model in his late fifties, and he told us how sittings chilled his old bones in the winters. In summers, he felt thirsty ever so often. Unlike Chatterjee, who seems like she is master of her own time and business, there is something pitiful about Kanjilal. We meet him at an art exhibition. He is walking around in his day-old stubble, clutching a plastic packet. He hovers around the tea stall mostly, but does not attempt to get himself a cuppa. He looks over his shoulder instead, as if waiting for someone in particular.

But what happens is this. Occasionally a known face walks over and he makes conversation, bums a chaa off him or her and then saunters away, only to come back to the stall again.

Later in the evening over his nth cup of tea, he tells us his story. He used to be a dancer in Amala Shankar’s troupe. He takes pains to explain that he is educated — passed his Class XII — and so is the rest of his family. He considers himself an artiste and there is a sense that he has been cheated by destiny of his rightful share of acclaim and success.

Kanjilal has a habit of pulling his collars together as he speaks. From time to time he touches his wrist. When he talks, he also uses his hands to narrate his life experiences. A heavily censored narrative later, we learn that he was ostracised by his immediate family. He turned to nude modelling for livelihood.

He keeps cribbing. No permanent job. Not enough money — anything between Rs 500 and Rs 1,000 for a four-hour sitting. But above all, what seems to pinch him is the lack of respect. “After all, we are practically artistes, aren’t we,” he says indignantly.

Sarkar had told us about the nude model from his art college days.

Phuldi, he remembered, must have been in her fifties then. By day she worked as a sweeper in the college and in her spare time as a nude model. “She earned something like Rs 50 per sitting in the 1980s,” says Sarkar.

Students of Santiniketan’s Kala Bhavana remember Khelidi who modelled for them. In the 1990s, she earned Rs 15 per hour of sitting. They talk about her children, her non-existent finances, her exultation when she was finally employed as a sweeper in Kala Bhavana.

Kanjilal had told us how most women who model in the nude come from Hasnabad, Machalandapur, the Sunderbans even. “The money makes a difference. And they’d rather travel the distance so that their immediate families don’t know about it.”

In the West, nude modelling is a recognised and respected profession. It is well paid too. Chatterjee says, “Here it is something one is made to feel ashamed of. The shame is as much for the artist or photographer sketching or shooting these models as for the models themselves.”

Separated they may be by time and context, but the female model we see in Chatterjee ’s studio that day was not in a very different place. Yes, she is a graduate, had a job, a temporary one with Kolkata Police. She, too, was here without the knowledge of the family — her father is ailing, her mother works as a domestic help, her younger sister is a student. But what was different about her was her spirit. She was reticent, yes, but not ashamed.

“Of course, I need the money but I am also interested in modelling,” she says. “This will help me create my profile… Once I make a name for myself, nobody will question why I have done what I have,” she sums up confidently.

Modelling in the nude is not easy, gender notwithstanding. And shame is possibly the least of a model’s worries.

Chatterjee knows. “I have myself posed nude for my husband [an artist],” she says. “One has to hold the pose for a certain length of time. And that is more difficult than it sounds. It might itch, or you might want to use the toilet, or sneeze. But you cannot change your posture or break the concentration of the artist.” She talks about an incomplete painting of her husband’s. “I was modelling for him and the sunlight fell on my face in a certain way. I took a break and when I came back I could slip into the old pose, but we just couldn’t get the light to fall on my face in the same way.” In 1996, Chatterjee’s husband put up a solo exhibition for which she had to pose for almost the whole day for several days. “It was so strenuous that I fell ill,” she says.