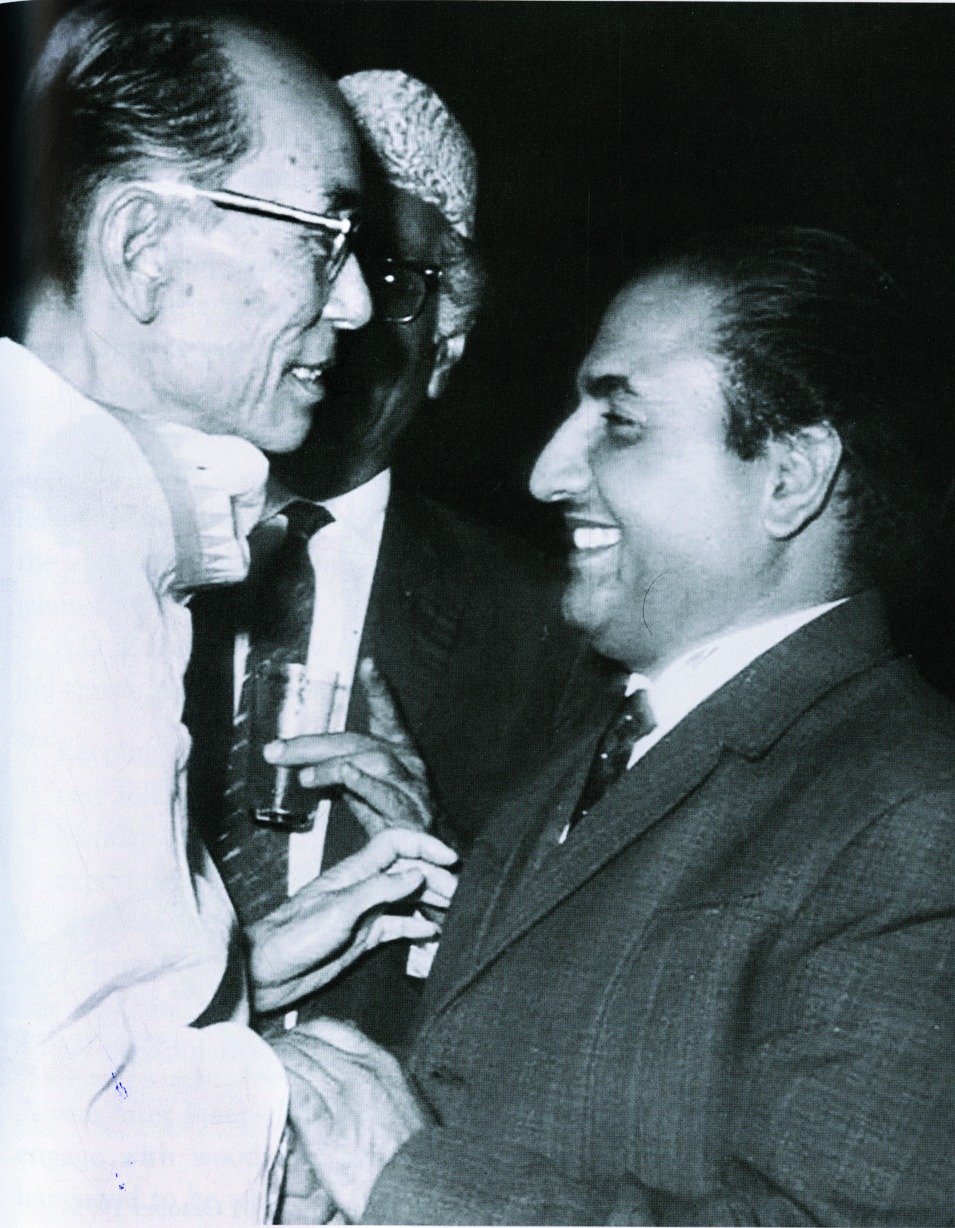 For close to almost half a century, the Burman father-son duo, Sachin Dev and Rahul Dev, who had links to the Tripura royal family, wielded enormous influence on Hindi film music. Any biography on them, therefore, is also a history of the Hindi film industry.

After their ground-breaking biography of Burman junior, R.D. Burman: The Man, The Music, which won the national award for 2011, the film historians, Anirudha Bhattacharjee and Balaji Vittal, have now given us the story of Burman senior, known variously as SD, Karta, or Burman Dada.

S.D. Burman: The Prince-Musician traces the life of the imperious composer, who, according to the authors, gave Hindi film music its grammar. The biography records the early life of SD, born in a royal household of Tripura in 1906 (though RD claimed his father was born in 1901 and some other sources put it down to 1903). The first few chapters detail how his growing up years would influence his music and shape his career. He would go fishing, a pastime he continued to indulge in even in Bombay, play football - SD would remain an East Bengal fan all his life - and be enamoured of the itinerant singers who presented their repertoire of folk forms: Baul, Kirtan and the Bhatiyali boatmen songs that would have a lasting impression, along with the compositions of Rabindranath Tagore, on the lanky youth who would one day tower over film music.

Through their meticulous research, the authors take us through SD's journey, first to Calcutta, where he made his mark as a singer, then to Bombay, with his initial struggles to establish himself in an unknown land, his association with the Anands (Chetan and Dev) and the Pali Hill group and, finally, his big breakthrough film, Navketan's Baazi (1951), starring Dev Anand and Geeta Bali and directed by Guru Dutt.

That was the time Hindi film music was also undergoing a change. Khemchand Prakash died, sadly before he could enjoy all the accolades he received for Kamal Amrohi's Mahal (remember Lata Mangeshkar's evergreen "Aayega aanewala"?); another giant, Anil Biswas, was on the wane. C. Ramchandra and Naushad were ruling the roost. And then came along the duo of Shankar and Jaikishan with Raj Kapoor's Barsaat, forever changing the sound of Hindi film music.

The book tracks this shifting balance of power of the 1950s when SD was largely confined to scoring for Dev Anand's Navketan (Taxi Driver, House No. 44, Funtoosh, Nau Do Gyarah and others), with Bimal Roy's Devdas being a notable exception, leading up to Pyaasa, the music for which became a benchmark for other composers to emulate. The authors devote an entire chapter to Guru Dutt's masterpiece, replete with nuggets on how each song was composed, why "Rut phire par din hamare" was removed from the film, and also touch upon the tiff between SD and the genius poet-lyricist, Sahir Ludhianvi, that would end one of the most creative collaborations in Hindi film music.

Come the 1960s and we find a different SD, more tolerant of Western music which, the authors say, may have been the result of a lengthy vacation across Europe that the composer - rooted in Hindustani classical, Bengali folk music and Tagore - took with his family. The book chronicles the films he composed for during the early 1960s - some memorable like Kala Bazar, others less so. The book also covers in great detail Navketan's Guide, arguably one of the finest film scores in music history. This was also the time when SD's prodigiously talented son, Rahul Dev Burman or Pancham, had begun assisting his father as well as turning into an independent composer himself, and the book showcases this synergy of talents.

The account emphasizes how SD was willing to move with the times when music became more youthful. Shakti Samanta's Aradhana changed the course of film history: not just was a superstar born in Rajesh Khanna but also Kishore Kumar became the voice of a new, and increasingly more confident, India.

SD was up to the challenge posed by upcoming composers such as Kalyanji Anandji, Laxmikant Pyarelal and, of course, his own son. But never did Karta compromise his core musical ethics, neither did he forsake his roots, which meant that his compositions remained distinctive with minimalist arrangements. The authors narrate an interesting anecdote of how Kishore Kumar, during a sitting for "Aaye tum yaad mujhe" (Mili) when SD was bedridden following a paralytic stroke, ticked off an assistant, who was insisting on a rhythm accompaniment, to "keep it simple" just like Dada Burman had imagined it.

For connoisseurs of Hindi film history, S.D. Burman: The Prince-Musician is a treasure trove of information, anecdotes, and nuggets of trivia spanning about 75 years of the last century. The less devoted reader, though, may find mining through the deluge of information and some of the detailed analysis of songs a bit tedious.

Also, the book glosses over or barely touches upon some lingering mysteries: why, for example, did Dev Anand opt for Jaidev to score the music for Hum Dono instead of SD? Or the tiff between Lata Mangeshkar and Burman senior. One also misses an index of the composer's films and non-film numbers which would have added value to a biography.

But these are minor quibbles in what is otherwise an important work that tells both the story of one of India's greatest composers and the journey of the film industry during a fascinating period of the country's own history.