American Music Awards 2021: Favourite moments and performances of the night 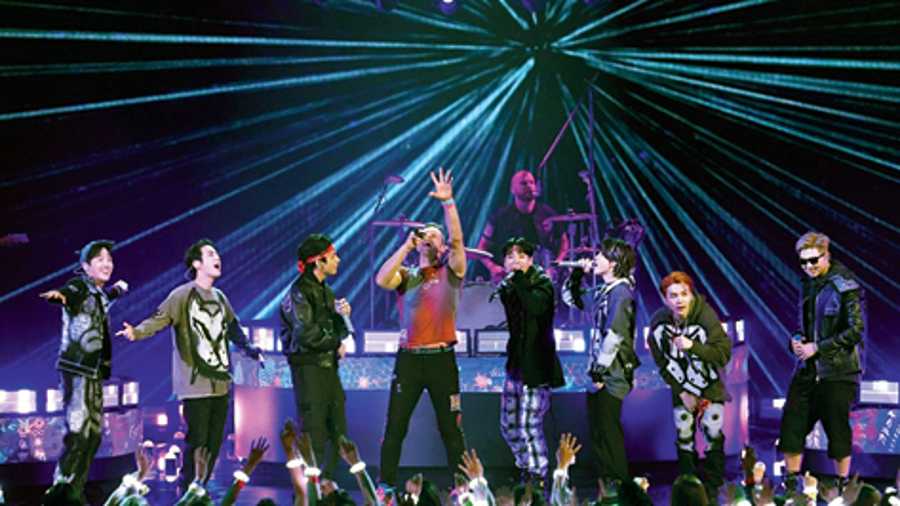 It wasn’t surprising to find South Korean pop band BTS being crowned winners of this year’s American Music Awards, which was held at Microsoft Theatre in Los Angeles on Sunday night. The group was given awards for Artiste of The Year, Favourite Pop Duo or Group, and Favourite Pop Song for Butter. “Four years ago, we gave our first-time-ever live TV performance on this stage, AMAs; it was for DNA. We were too excited and nervous back then, and it’s been a long and amazing ride since then. We’ll never take it for granted,” said group member RM. BTS also took the stage with Coldplay to perform My Universe, which wrapped up the award ceremony. The group had also done a performance of Butter earlier in the show.

Olivia Rodrigo, who earlier this year helped US President Joe Biden popularise the Covid vaccine campaign among youngsters, took home the New Artiste of the Year trophy. The 18-year-old said: “Writing songs is my favourite thing in the world and I’m so grateful for everyone who’s embraced my music.” She went on to perform Traitor from her hit album Sour.

Though not in attendance, during pre-show, Taylor Swift broke her own record for most AMA wins in history and bagged the award for Favourite Female Pop Artiste. She then took it a step further by winning the award for Best Pop Album for Evermore, her quarantine release. “I’m so lucky to be in your life and to get to have you in mine,” said the singer via a video message.

Country singer Carrie Underwood has always represented country music in a positive way. For this edition of the AMAs she took home two early awards — Favourite Female Country Artiste and Favourite Inspirational Artiste. If winning two awards weren’t enough, she gave a wow performance of If I Didn’t Stop Loving You with Jason Aldean from Downtown Nashville outside the Bridge Building.

The sound and performances of Silk Sonic are a mood. The super duo of Anderson Paak and Bruno Mars turned in a stunning opening performance. The two dressed in red velvet suits and sunglasses made for a bluesy performance, packed with happy vibes. The duo later won an award for Best R&B Song for Leave The Door Open.

Thank you for the glam

If one ever comes across Maneskin (meaning ‘moonlight’ in Danish), they know glam moments are around the corner. The band performed Beggin’, which has gone viral on social media. Dressed in tuxedo, the band added a rock-and-roll element to the ceremony with strobe lights.

Although we missed a Cardi B performance this year, her hosting game was strong. She won us over with her out-of-the-box outfits, over-the-top excitement and jokes. She was also awarded the trophy for Favourite Hip-Hop Song (for Up). “Oh my god, I’m so famous! Thank you so much Bardi Gang,” she said.

Is an awards ceremony even a ceremony if Jennifer Lopez does not make an appearance?! She was there to perform Marry Me, a song from her upcoming film featuring Owen Wilson. Dressed in a skin-coloured dress, her performance was backed by an orchestra which made it sound like a feel-good ballad. The screen behind her showcased various scenes from the movie.