A futile attempt to bake the perfect red velvet cake 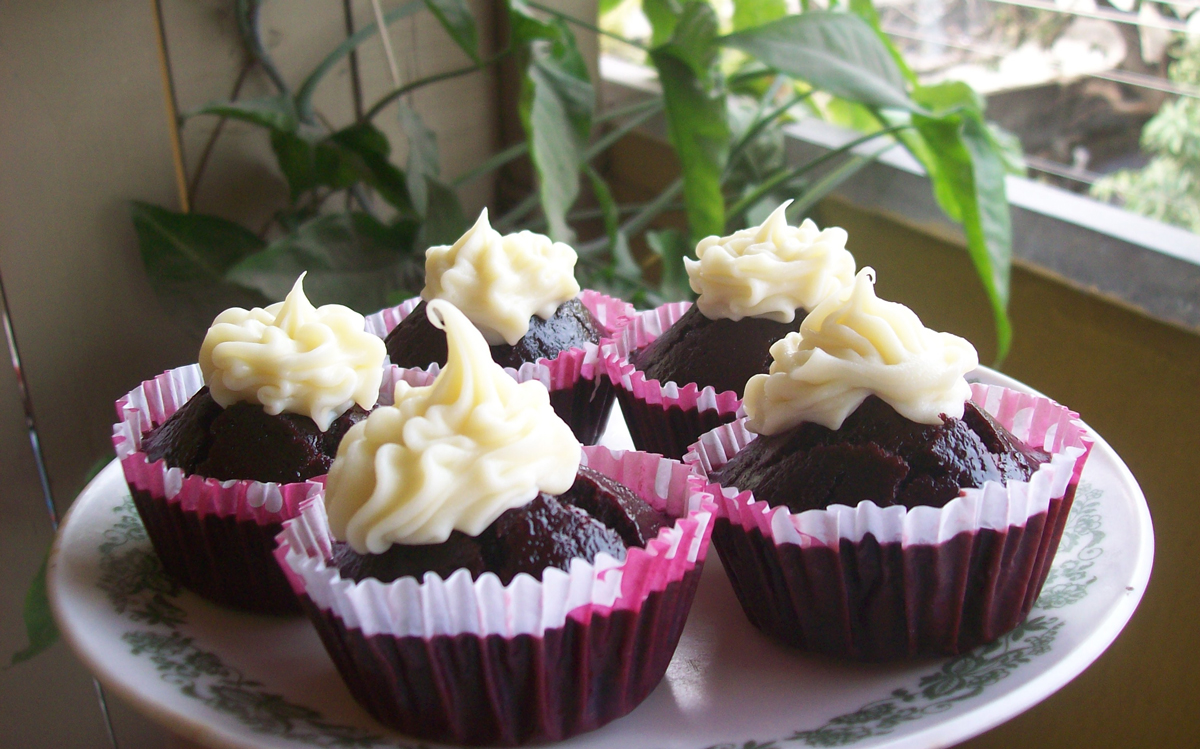 The reason I started baking cakes was that I did not want to feed my little son the processed, packed variety. He was a very finicky eater but slices of cake in his tiffin meant it would come back clean of crumbs. Now, as a person who likes to read the ingredient list — and read up on it — I wasn’t proud of what I was feeding him. And that is why the do-it-yourself cake made an appearance.

I like to have my concepts clear — the research involved is my favourite part — so off I went on an Internet chase to discover the perfect loaf cake recipe, not too sweet but nutritious and filling. Days of reading later, I had figured out a way to evaluate the millions of recipes online — may work, definite flop and worthy of being tested.

The testing and tasting was mostly fun, though there were some disasters — an eggless cake made with custard powder was inedible. And some blockbusters — the peanut butter cake for example, which people thought came from a bakery.

One thing was for sure, my love story with baking had taken off. So much so that I even decided on a name — Bare Cakes — for the bakery I dreamt of having sometime in the future. Bare because I didn’t want to bake fancy, iced cakes, just wholesome ones that would be plush and moist and way too delicious to dress up. I refused to spend precious time smothering my cakes in fluffy whipped cream, way too sweet buttercream or pretty but tasteless fondant — those flowers look beautiful but you can’t eat them.

And then I met the red velvet cake in its cloak of cream cheese icing, extremely photogenic and the uncrowned king of Instagram feeds.

A red velvet demands glitter and billowing clouds of frosting. As if that were not enough, it also demands a full vanilla bottle of food colour. Yes, that is what gives it that brilliant shade — not some special chemistry between buttermilk and cocoa powder. I was actually quite heartbroken when I learnt the recipe. Tempting, yes. Healthy? Not by a long shot.

Yet, I found myself baking a batch of red velvet cupcakes for my first bake sale. I topped each with a rosette of white chocolate ganache, which tastes as good as it looks.

Well, what do you know, the red velvet cupcakes were the first ones to sell out. Not the sweet-sour, fragrant gondhoraj lemon cupcakes that I had racked my brains over, not the decadent, unusual chocolate-chilli brownies, not even the chocolate-orange vegan cupcakes topped with chocolate ganache, which I tweaked tens of times till perfect. And some people actually chose the red velvets after a taste. And yet, when I bit into one of those brilliant red orbs, it tasted just like a simple vanilla cupcake. It didn’t taste red, just plain white and most disappointing.

If I’m going to feed people cake with a bottle of chemicals in it, it had better be delicious. So back I went to the cooking blog I am so smitten with, and sure enough there was a recipe. It called for more chocolate, less colour and a magic concoction of vinegar and baking soda. The measurements were all in fractions and I hate maths. Normally, I would keep such a pernickety recipe at arm’s length but the urge to make delicious red velvet won.

The cake was springy, slightly sour and tasted red velvety. Now, if only I could replace that bottle of chemicals with something natural. A few more hours on the Internet led me to a possible replacement — a beetroot. I roasted the root vegetable for one-and-a-half hours, pureed it and made the fussy recipe. The cake went into the oven maroon but came out a chocolatey pink. I increased the amount of beetroot in the batter and it turned into a faded red mud pie instead of a cake. Exhausted, I drizzled some white chocolate ganache on it and served it to guests, pretending all the time that it was mud pie I wanted to make. Got away with it too because these are times when everything is red velvet cake-flavoured — from hot chocolate to cookies to even French toast!

But back to the drawing board I went scurrying. And this time I tried raw, grated beetroot. The cake still stayed a faded red. More grated beet. Again a mud pie. Moreover, this one tasted distinctly like it was made of beetroot.

“Can I have a red velvet cake for my birthday,” asked my daughter. One long and deep breath and I talked her into a heart-shaped, pretty pink, strawberry- flavoured one. “Just the thing for little girls,” I argued and won. I have had enough of fussy red velvet cakes that never quite live up to their promise.