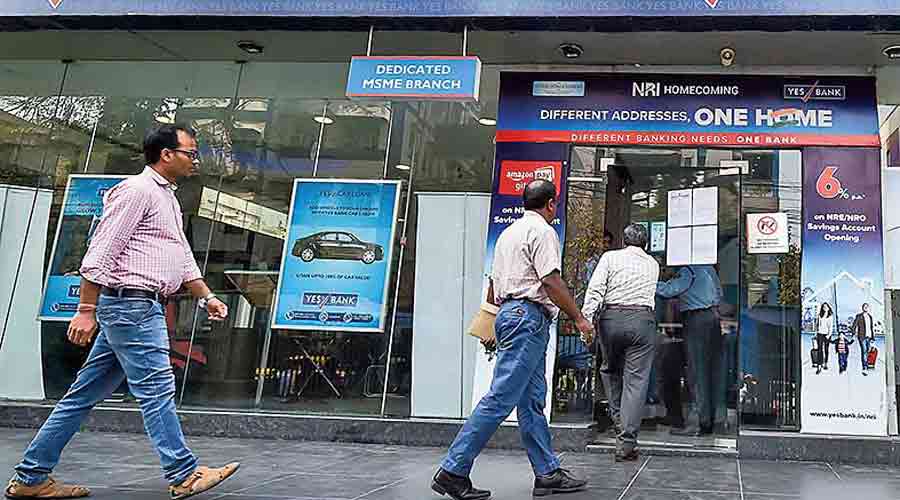 Yes Bank posted better-than-expected profits for the third quarter ended December 31, 2021 on lower provisions. Net profits of the private sector lender shot up to Rs 266 crore compared with Rs 151 crore in the same period of the previous year — a rise of 76.8 per cent.

Provisions fell 82 per cent to Rs 375 crore from Rs 2,089 crore in the previous year period. Analysts had expected the bank to report a net profit of around Rs 150 crore.

The percentage of gross NPAs moderated slightly to 14.65 per cent from Rs 14.97 per cent over the same period a year ago while the net NPA ratio stood at 5.29 per cent against 5.55 per cent in the preceding three months.

Yes Bank added that fresh slippages were significantly lower on a sequential basis at Rs 978 crore against Rs 1,783 crore in the preceding three months, while the resolution momentum continued with Rs 610 crore of cash recoveries and Rs 573 crore of upgrades during the quarter.

The retail-corporate mix improved by 300 basis points over the preceding quarter to 57:43.

Within deposits, the low-cost current & saving accounts (CASA) continued to grow at two times the rate of overall deposits growth. Its CASA ratio came in at 30.4 per cent against 29.4 per cent last quarter, thus showing an improvement of 100 basis points.

The private sector lender said that it opened more than 100,000 CASA accounts in December.