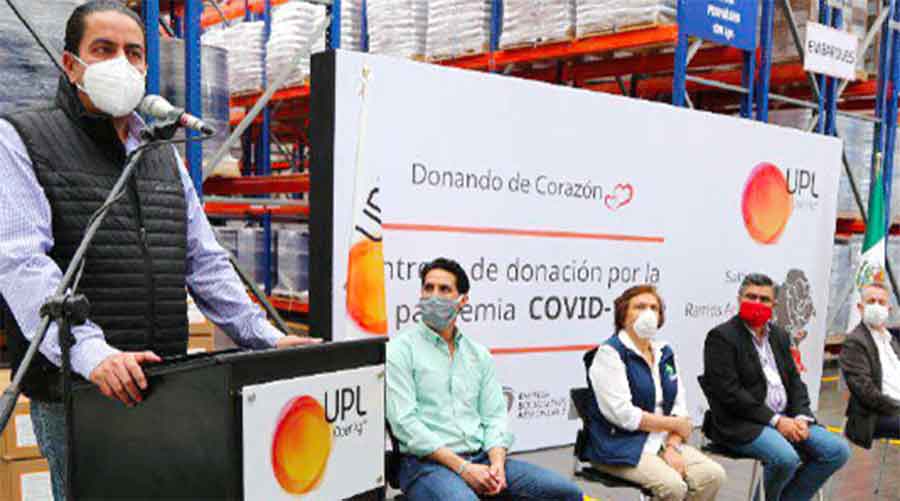 The whistleblower has alleged that UPL entered into rent deals with a shell company owned by its employees and paid crores of rupees in rent for properties held by the latter.
Courtesy UPL
Our Bureau   |   Calcutta   |   Published 11.12.20, 03:19 AM

The shares of agrochemical firm UPL were clobbered on Thursday amid reports of a whistleblower complaint alleging that the promoter is siphoning out funds from the company.

The whistleblower has alleged that UPL entered into rent deals with a shell company owned by its employees and paid crores of rupees in rent for properties held by the latter.

UPL chief executive officer Jai Shroff denied the allegations in an interview with a television channel on Thursday after the reports came out.

He said that the complaint was from 2016-17 regarding a house where he lived.

“The auditors reviewed it and was put to rest in 2017. It was an arm’s length transaction and there were no related party issue,” Shroff said.

He said that J.Sagar and Associates had reviewed all the documents related to the rental of the house.

The company, in a clarification to the exchanges, said there was no new complaint against it and denied that the whistleblower was a member of the board as reported.

“An identical whistleblower complaint was received by the audit committee of UPL on June 2, 2017.

The whistleblower committee, which comprised only independent directors, was constituted by the audit committee to investigate the allegations and all the contents of the complaint were fully disclosed.

“It undertook a detailed review, including each related-party transaction (RPT), with the help of an independent law firm, and had concluded two-and-a-half years back that those transactions were at arm’s-length and in compliance with the applicable laws. Thereafter, the complainant was duly informed about the findings of the audit committee and the matter was closed,” the company said in the statement.

“UPL believes and reassures that all corporate governance norms and applicable laws have been duly complied with. UPL will evaluate all possible legal options available with it to defend its position and image,” the statement said.