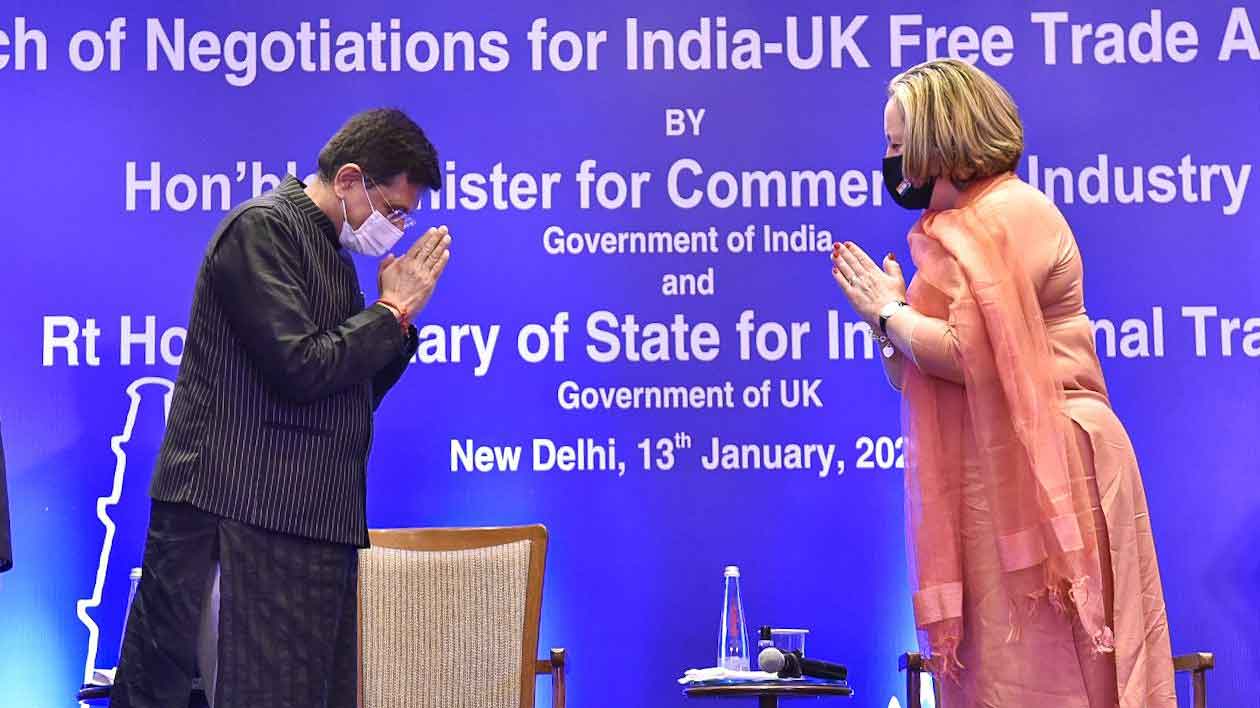 India and the UK on Wednesday started their negotiations for a free trade agreement, with the aim to wrap up the deal by the end of this year. The two countries expect the deal to double bilateral trade by 2030.

“We have set an aggressive timeline of the next few months…and we would be able to easily come up with a substantive agreement in the initial phase itself. I think we are committed to concluding the negotiations in about a year's time,” Goyal said.

The first round of negotiations will begin on January 17 and future rounds will take place every five weeks.

The pact would help in boosting Indian exports of leather, textile, jewellery and processed agri products.

India is seeking greater opportunities for Indians to live and work in Britain, and any trade deal could be contingent on relaxing rules and lowering fees for Indian students and professionals going to Britain.

Goyal said sensitive issues will not be a roadblock as both countries will not make them a necessary condition for the trade deal.

“Nothing is necessarily a deal-breaker in this agreement. And I will not think there is any way for anybody to worry about issues which are sensitive to any country, because both sides have agreed that sensitive issues are not our priority,” he added.

Trevelyan added the UK and India have a “golden opportunity” to forge a new economic partnership as India's economy is set to grow grow rapidly.