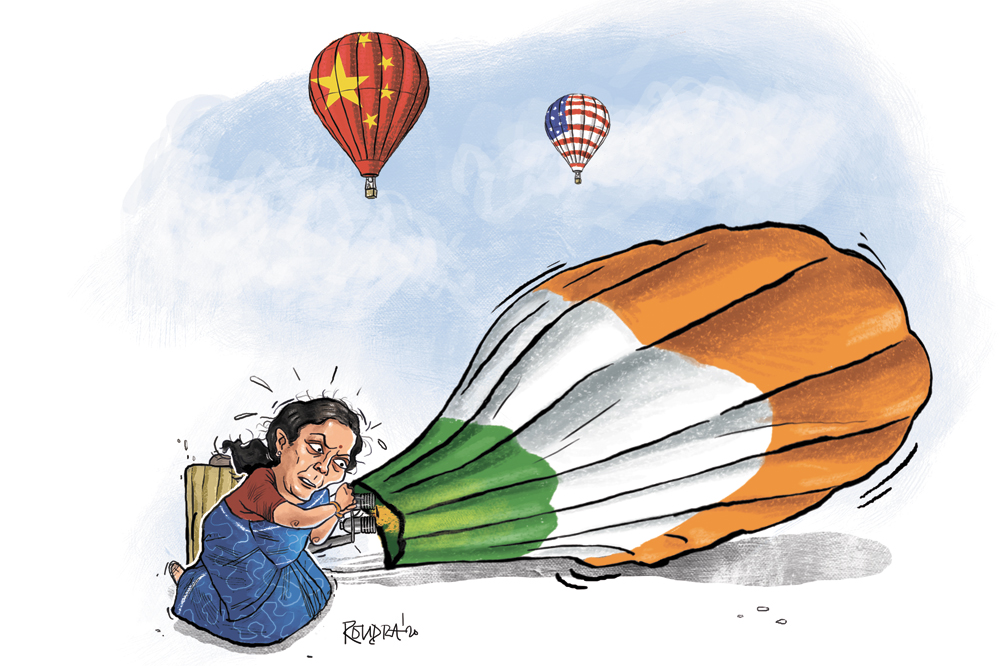 As we stand in the beginning of a new year, there are nascent signs that the economy is on a better footing than what it was in the year gone by. With the proactive measures taken by the government and RBI, industry believes that the economic slowdown will be overcome, and a gradual recovery will soon be in place.

In this backdrop, finance minister Nirmala Sitharaman had a tough ask to transform India into a vibrant and dynamic economy on a growth trajectory. This budget is dedicated to provide “Ease of Living” to all citizens under the three broad themes – Aspirational India, Economic Development and Caring India. In this tough economic situation, our FM has tried to address the concerns of many sectors — from agriculture to industry, from infrastructure development to social and educational development, start-ups, women and child and health.

A big-ticket reform is the abolition of the unpopular two-decade old dividend distribution tax (DDT). A proposal to abolish DDT and reintroduction of the classical system of taxing dividends in the hands of its recipient is a simple and transparent method of taxing dividends. It is a welcome move from the perspective of foreign investment in India wherein foreign investors shall now get taxed at treaty rates and also get foreign tax credit, thereby encouraging further foreign investments. This will reduce the cost of investment and put India in a better competitive position vis-à-vis other jurisdictions looking for investments. Further, this shall leave the companies with additional funds with which they can further diversify and expand. Moreover, the persistent litigation attributed to the determination of expenditure relating to exempt dividend income under section 14A will also cease. However, the taxation of dividends in the hands of the resident investors according to their individual tax slabs may also have some reservations.

In line with the government’s policy to reduce pending tax litigations and in-furtherance to the previous budget’s amnesty scheme for indirect taxes, the FM has announced Vivad Se Vishwas Scheme for corporate taxes to augment revenue collections, manage fiscal deficit as well as reduce the burden of huge tax litigations (483,000 cases open as on date at various appellate forums), specifically for corporate taxpayers.

The FM has announced the Vivad Se Vishwas scheme to augment fast dispute resolution with consequential benefits of revenue collections and manage the fiscal deficit. The scheme shall provide relief to the taxpayers to settle their long-drawn and expensive tax litigation coupled with harassments. The scheme provides that taxpayer be absolved from paying any interest and penalty liability if tax demand under litigation is paid on or before March 31 2020. The scheme shall remain open till June 30 2020 wherein, the taxpayer shall be required to pay some additional amount over and above tax demand under litigation for availing the Scheme post 31 March 2020. Depending on the modalities of the scheme, this may have multiple effect – (i) litigation will get reduced, (ii) taxpayer will gain both in terms of money and time, and (iii) government will be able to get the desired liquidity in the form of the tax amount paid by the taxpayers.

A new optional personal tax regime has been introduced by FM wherein slab rates have been reduced significantly. But whether such rationalisation in slab tax rate shall actually benefit the common man, particularly the salaried class, which forms a large chunk of the individual tax payer base, is a question not many may answer in affirmative. Leave travel concession, house rent allowance, set off of house property loss, deductions under section 80C, 80D, 80G, etc. are some of the exemptions/deductions which one will be required to forgo to claim the benefit of the reduced tax rate. Further, the fact that the option, once exercised, shall become mandatory for successive years, may also act as a deterrent for certain individuals.

One benefit shall be ease of compliance and reduction in need for professional help to comply with the numerous eligibility conditions for various deductions/exemptions.

A much needed boost to the power sector has been provided by extending the optional and concessional corporate tax regime of 15 per cent to newly incorporated domestic companies generating power which start manufacturing by March 31, 2023. This is a welcome move and should foster generation of electricity.

Foreign investments in infrastructure may also see a rise with the newly inserted provision for exempting any income derived by an entity funded by the Government of United Arab Emirates or any other foreign country meeting the prescribed conditions.

Further, the sunset period for availing the lower withholding tax rate of 5 per cent has been extended to June 2023 for interest payments made to non-residents for money borrowed and bonds issued as well as interest payments to foreign portfolio investors/ qualified foreign investors.