The homegrown firm also simultaneously launched the BS-VI versions of the Nexon, Tiago and Tigor 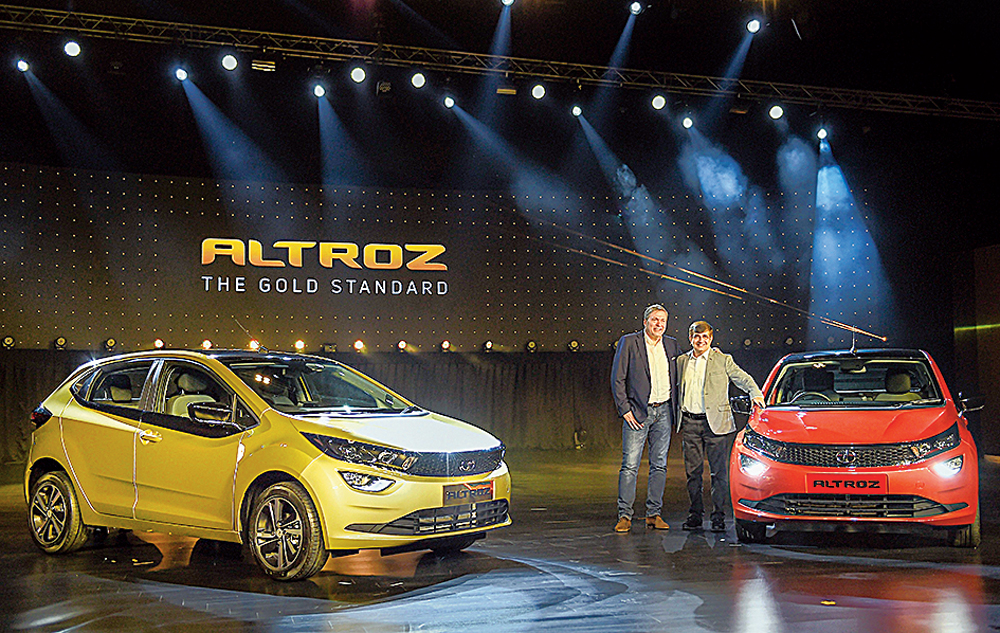 Tata Motors on Thursday drove into the premium hatchback segment with the launch of the Altroz at a starting price of Rs 5.29 lakh for the petrol version.

The homegrown firm also simultaneously launched the BS-VI versions of the Nexon, Tiago and Tigor. From April this year, auto makers will be able to sell only BS-VI compliant vehicles.

Unveiled in December last year, the Altroz is the first vehicle based on the Alfa platform. It will compete with the segment leader Maruti Baleno, which is priced at Rs 5.59 lakh at the entry level, Hyundai Elite i20 and Volkswagen Polo. The diesel version of the Altroz will cost Rs 6.99 lakh.

“With the new premium hatchback Altroz, we are expanding our market coverage. We have lots more in store for 2020 and we have just commenced unveiling our well-defined future product portfolio,” Guenter Butschek, CEO & managing director of Tata Motors, said at the launch.

Butschek indicated that he expected to see a recovery in the automobile industry from the second half of the next fiscal as the various measures taken by the government start showing an impact.

“As far as the automotive industry is concerned, it’s very difficult to predict what is going to come in the coming months or quarters. But I feel the economy is going to recover, that we are going to see lots of measures taken to show traction in the second half of the coming fiscal year. It will be also supported by the festive season,” he said.

The Altroz comes with six different factory-fitted customisable options to be chosen from four packs — Rhythm, Style, Luxe and Urban.