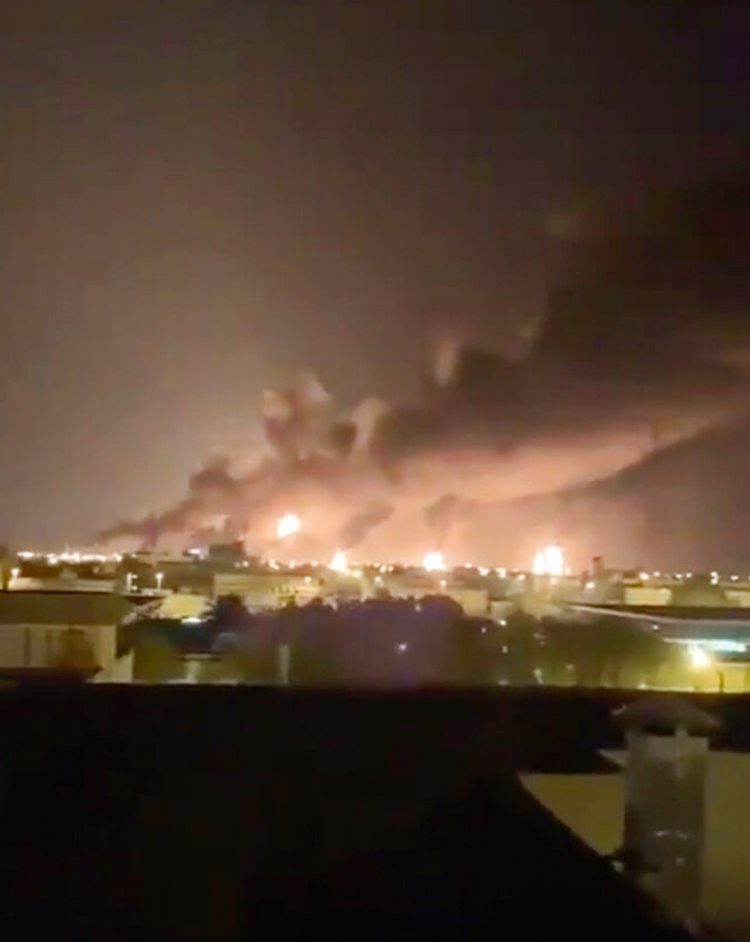 Stocks continued to remain on slippery ground with investor wealth plummeting Rs 2.72 lakh crore, the Nifty wiping out all gains of the calendar year and the Sensex crashing over 642 points.

Geo-political tensions in West Asia kept investors on the edge amid apprehensions over the impact of the rising crude prices on the domestic economy.

Mirroring the weak global sentiments following the drone attacks on Saudi Arabia’s oil facilities, the 30-share BSE Sensex, which opened in the green, tanked more than 704 points during intra-day trades to a low of 36419.09 and thereafter settled at 36481.09 — a drop of 642.22 points, or 1.73 per cent.

For the investing community, the drone attacks have come at a time the domestic economy continues to be in the grips of a slowdown with segments such as automobiles and consumer goods witnessing adverse demand conditions.

Corporate results for the second quarter of the year are also expected to be tepid. Foreign portfolio investors, too, have been net sellers, increasing the pressure on equities.

Market circles are of the view that stocks will remain in weak territory as investors feel rising crude prices may impact the country’s current account and fiscal deficits.

Investors are awaiting cues from the upcoming trade talks between China and the US as well as a much-anticipated policy meeting of the US Federal Reserve, scheduled to begin later in the day.

In the Sensex pack, only three stocks ended in the green, while Hero MotoCorp, Tata Motors, Axis Bank, Tata Steel, Maruti and the State Bank of India led the losers list, falling up to 6.19 per cent.

Only Hindustan Unilever, Asian Paints and Infosys were the gainers. All sectoral indices on the BSE ended in the red, with BSE auto, realty, metal, bankex, finance, oil and gas, energy, tech and IT indices falling up to 3.80 per cent. Similarly, the mid-cap and the small-cap indices ended in the negative zone.

“We may see some more cuts in the Nifty towards the 10650 level in the near term,’’ Rohit Singre, senior technical analyst, LKP Securities, said.

Elsewhere in Asia, the Shanghai Composite Index and the Hang Seng ended significantly lower, while the Nikkei and Kospi settled in the green. European shares slipped slightly even as investors sought refuge in oil stocks and defensive sectors. On Wall Street, stocks opened slightly weaker as investors shunned big bets ahead of the Fed’s policy decision.

After soaring as much as 20 per cent to $71.95 per barrel on Monday, brent crude futures corrected slightly to trade at $67.97 per barrel on Tuesday.