The no-frills carrier, which is going through turbulent times, had a consolidated loss of Rs 66.78 crore in the year-ago period 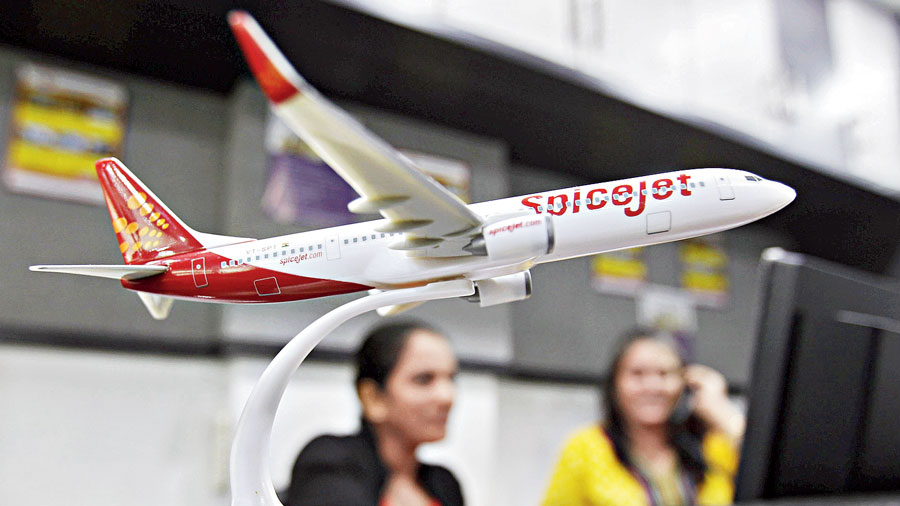 Budget carrier SpiceJet reported a consolidated profit of Rs 42.45 crore in the December quarter after seven consecutive quarter of losses as higher passenger traffic and improved performance of the logistics segment propelled the airline into the black.

The no-frills carrier, which is going through turbulent times, had a consolidated loss of Rs 66.78 crore in the year-ago period. Recently, IndiGo parent Interglobe Aviation reported a profit of Rs 128 crore versus a loss of Rs 627 crore a year ago.

Suprio Banerjee, vice-president and sector head, Icra:  said: “The emergence of the new Covid variant and reactionary air travel restrictions will keep the recovery prospects subdued for the domestic airlines sector in the current quarter.”

Data showed that Omicron and the resultant restrictions has led to a sharp sequential decline in domestic air passenger traffic by 42-43 per cent at 64 lakh in January 2022 compared with 112 lakh in December 2021.

SpiceJet’s total income in the latest December quarter climbed to Rs 267.73 crore compared with Rs 187.06 crore in the same period a year ago, according to a regulatory filing.

On a standalone basis, the airline recorded a profit of Rs 23.28 crore for the third quarter of the current fiscal year. In the year-ago period, it had a standalone loss of Rs 56.96 crore.

Shares of SpiceJet soared 8 per cent to Rs 64 apiece on the BSE. Data showed a strong growth across segments as revenue was up 74 per cent compared with the second quarter.

SpiceJet chairman and managing director Ajay Singh said he was happy that the airline reported a “profit driven by excellent logistics operations, rebound in passenger traffic and various accommodations from aircraft manufacturer and lessors”.