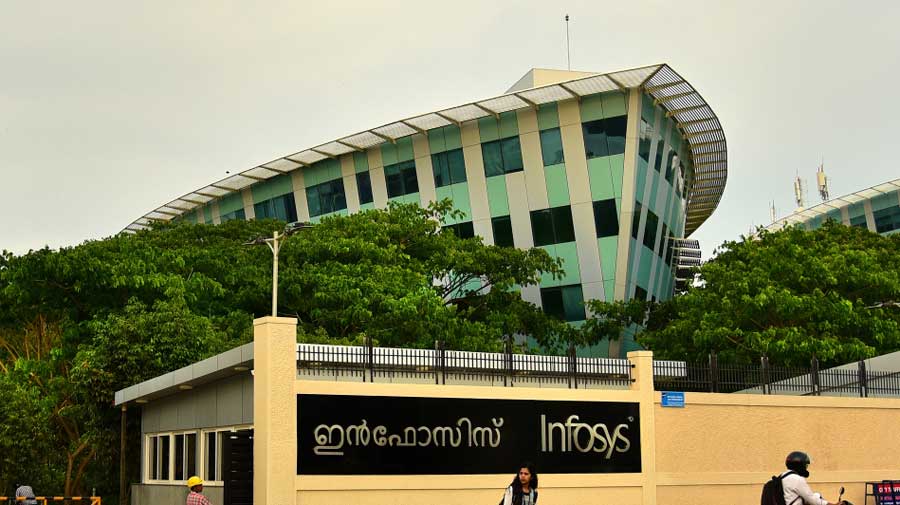 These shares, accounting for around 0.20% of the Bangalore-based company, were sold through multiple transactions between July 22 and July 24.
Shutterstock
Our Special Correspondent   |   Mumbai   |   Published 25.07.20, 11:54 PM

The family members of Infosys co-founder S.D. Shibulal have sold 85 lakh shares of the IT services firm for Rs 777 crore, regulatory filings have shown.

These shares, accounting for around 0.20 per cent of the Bangalore-based company, were sold through multiple transactions between July 22 and July 24. According to stock exchange data, the Shibulal family held 1.88 per cent in Infosys before the sale.

A separate statement issued by Shibulal’s family office said the proceeds will be used for philanthropic and investment activities.

Son-in-law Gaurav Manchanda sold 18 lakh shares (0.04 per cent) and his shareholding in the company now stands at 0.32 per cent. His transaction was worth Rs 164.56 crore.

About 15 lakh shares (0.03 per cent) held by grandson Milan Shibulal Manchanda were sold on the same dates for Rs 137.11 crore, bringing down his stake to 0.33 per cent.

Shibulal’s wife, Kumari Shibulal, sold 12 lakh shares (0.03 per cent) of Infosys for Rs 109.68 crore and she now holds a 0.22 per cent stake. Cumulatively, the value of the transactions is about Rs 777 crore. The sale was executed by Citigroup Global Markets India as the sole broker.

Shibulal along with N.R. Narayana Murthy and five others had founded Infosys in 1981.

He served as the chief executive officer and managing Director of Infosys from 2011–2014. Prior to becoming CEO and MD, he served as the Chief Operating Officer of the company from 2007-2011.  Currently, he invests in technology start-ups through Axilor Ventures that he co-founded with Infosys co-founder Kris Gopalakrishnan.