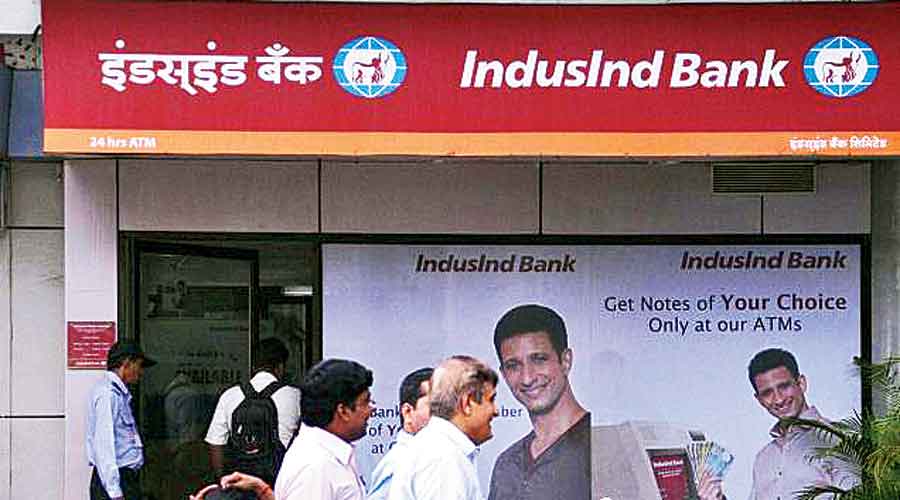 Shares of IndusInd Bank on Monday tanked almost 11 per cent with investors appearing unimpressed by its explanation that a technical glitch may have led to the disbursal of loans without its consent as charges of the evergreening of loans swirled around the lender.

Brokerages are also miffed by the lender's failure to effectively communicate to the bourses on critical issues such as the position of key personnel at the bank. The IndusInd Bank scrip ended sharply lower at Rs 1061.45 on the BSE -a drop of 10.71 per cent or Rs 127.30 over the previous close. Similarly, on the NSE, the stocks slumped 10.51 per cent to settle at Rs 1,063.95.

On Saturday, lender had said its subsidiary Bharat Financial Inclusion Ltd (BFIL) had disbursed 84,000 loans without its consent because of a “technical glitch’’.

Whistle-blowers at the MFI arm had earlier written to the RBI and the bank’s board alleging misgovernance and ever-greening of loans worth thousands of crores since the beginning of the pandemic. The bank had denied the allegations and said only 26,073 clients of the 84,000 were active with their outstanding at Rs 34 crore.

IndusInd said it has also made necessary provisions against the portfolio. The standard operating procedure (SOP) has since been revised to make biometric authorisation compulsory in disbursing loans.

The markets were not satisfied with the explanation and dragged down the stock.

Analysts also sought better communication and more clarity from the bank in some other matters as well.

Brokerage Macquirie said the bank did not inform the exchanges that non-executive vice-chairman M.R. Rao had recently moved to an advisory role.