Vkusno & Tochka restaurants will be offering menu similar to the one offered by US giant, with noticeable exception of Big Macs and McFlurry ice creams 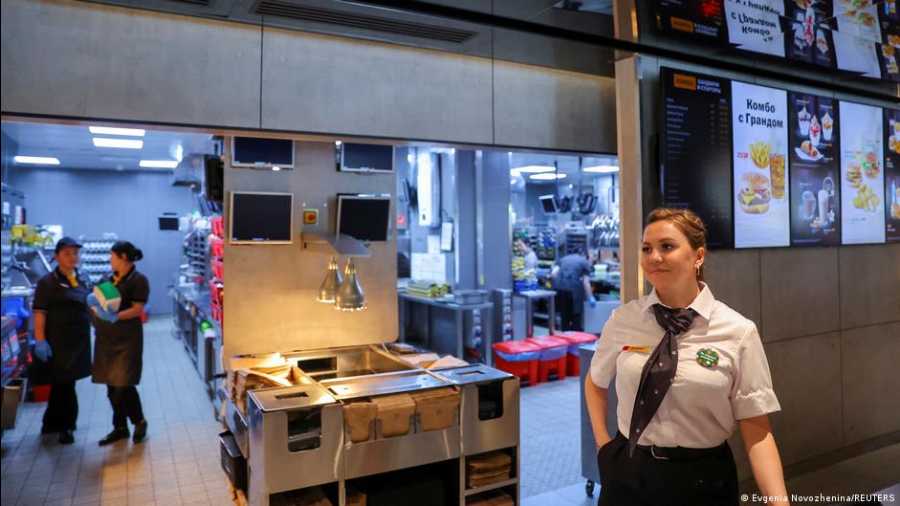 Hundreds of McDonald's restaurants were closed across Russia when the American fast-food giant pulled out of the country over the Ukraine war earlier this year.

This Sunday, however, a new company called "Vkusno & Tochka" (Tasty & That's it) reopened 15 McDonald's venues in Moscow and the surrounding region, with owner Alexander Govor pledging to expand the business nationwide.

Govor previously operated 25 restaurants in Siberia under the McDonald's license, a small fraction of some 850 locations in Russia.

"I am ambitious man, and I don't only plan to open the 850 restaurants of our predecessor, but to also develop new ones," Govor said on Sunday. He added that the new company has managed to maintain all 51,000 McDonald's employees in the country.

The entrepreneur made the speech at Pushkin Square, the same location where the first-ever McDonald's opened in January 1990 as a symbol of thawing ties between Russia and the West in the closing years of the Cold War. Reopening the venue under a Russian-brand is now seen as a powerful symbol of a new global rivalry.

"Vkusno & Tochka" restaurants will be offering a menu similar to the one offered by the US giant, with a noticeable exception of Big Macs and McFlurry ice creams. Other items may also be changed due to supply chain issues.

"Our goal is that our guests do not notice a difference either in quality or ambience," said the company's CEO Oleg Paroev.

McDonald's agreed to sell its Russian business to Govor in May this year. The details of the transaction have not been made public, but the company previously said it would have a tax write-off of $1.2 - $1.4 billion (€1.14 - 1.33 billion) from exiting the Russian market.

The exit, however, is not complete — for legal reasons, several restaurants continue to operate under a McDonald's licence at airports and train stations in Moscow and Saint Petersburg.

McDonald’s is back, Moscow style