Industrial output data for September showed a contraction of 4.3 per cent 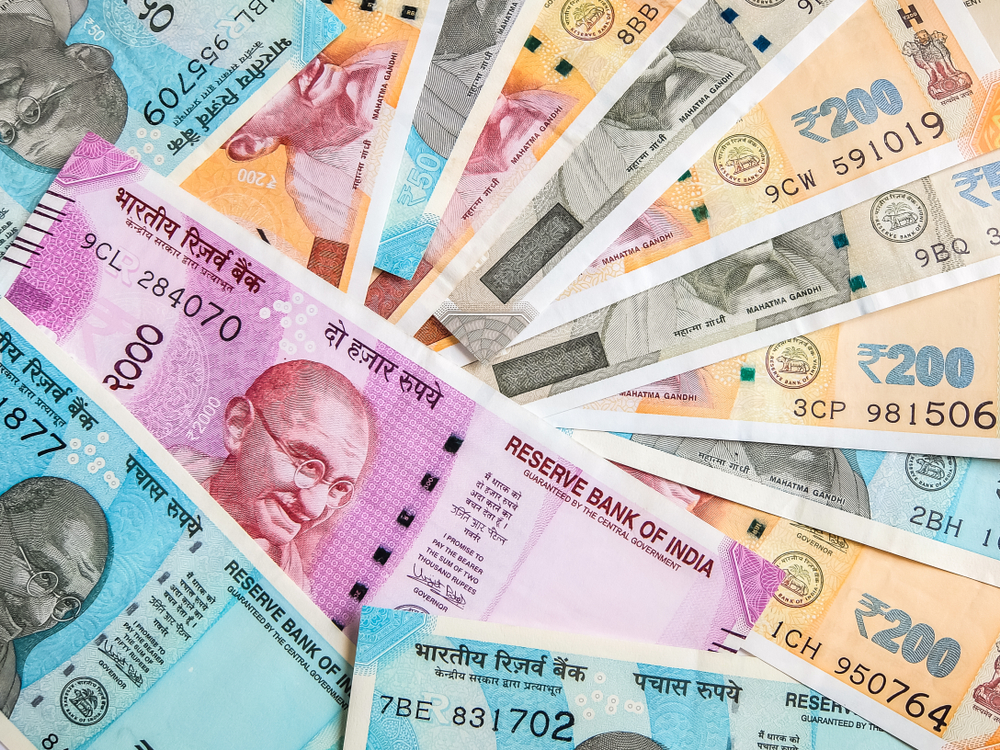 At the inter-bank forex markets, the rupee cracked 62 paise to hit an over two-month low of 72.09 against the US dollar because of weak macro data amid apprehensions over the US-China trade war.
Shutterstock
Our Special Correspondent   |   Mumbai   |   Published 13.11.19, 07:06 PM

The rupee on Wednesday breached the 72-mark to hit an over two-month low and the Sensex slumped 229 points on disappointment over weak macro numbers and projections of lower GDP growth made by analysts.

The markets were closed on Tuesday and resumed on a weak note on Wednesday as the index of industrial production for September showed a contraction of 4.3 per cent.

Retail inflation numbers released after market hours on Wednesday showed headline CPI for October rising to 4.62 per cent, thus exceeding the medium-term target of 4 per cent set by the Reserve Bank of India (RBI).

Though the higher-than-expected inflation had led to expectations of another rate cut from the central bank, market circles are of the view that investors will remain cautious given the current state of the economy.

At the inter-bank forex markets, the rupee cracked 62 paise to hit an over two-month low of 72.09 against the dollar because of the weak macro data amid apprehensions over the US-China trade war. A strong dollar overseas also weighed on sentiments. The dollar index, which gauges the greenback’s strength against a basket of six currencies, rose 0.02 per cent to 98.32.

This is the lowest closing level for the rupee since September 4.

Yes Bank was the top loser among the Sensex stocks as it fell 6.51 per cent, followed by SBI, Axis Bank, Vedanta and Sun Pharma, which fell up to 3.69 per cent.

“With IIP poised for further weakening in the second half of 2019-20, it raises doubts over a meaningful recovery in real GDP growth. Globally confusing signals over the progress in US-China trade talks and concern about the unrest in Hong Kong also dented market sentiments… Going ahead, weak domestic growth and uncertain global cues might keep the markets range-bound,” Siddhartha Khemka, head — retail research, Motilal Oswal Financial Services, said.

According to Vinod Nair, head of research, Geojit Financial Services, the retail inflation number and weak economic data such as PMI (purchasing manager index) and IIP will make the market cautious.

“Post the recent rally the fact is that valuation of the market has peaked higher while earnings growth was behind. GDP data is also likely to be released by the end of the month, the expectation for which has worsened below 5 per cent recorded in the first quarter of this fiscal’’, he added.