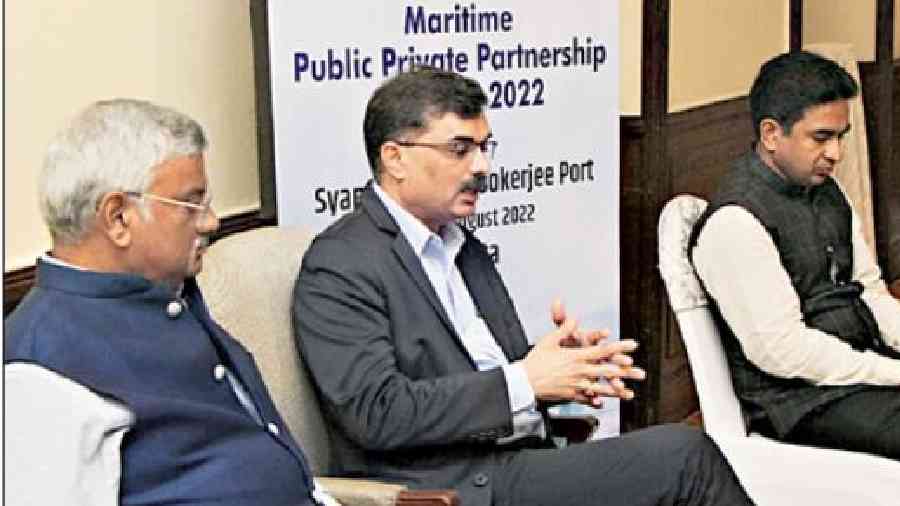 A raft of projects involving the modernisation of berths at Haldia and Calcutta will be taken up. Many existing berths whose concessions are coming to an end would be handed out in the PPP mode.

“The port sector requires substantial investments in creating new capacity and modernising existing infrastructure. But we do not have the wherewithal to do so. As a result, private parties are being drafted in. The port is becoming more of a landlord, leaving the operation to private entities,” Vinit Kumar, chairman of SMP, said.

Among the notable projects the port plans to award are the redevelopment of three berths of Haldia and four berths at Netaji Subhas Dock in Calcutta.

In many of them, the PPP operator will install conveyor, stacker-reclaimer and rapid loading system to quickly transfer cargo from the ship to stockyard and to truck or rail wagon.

The end-to-end mechanisation will replace mobile harbour cranes, which only eased loading and unloading of cargo from ship to dock.

A jetty in the upper reaches of the Hooghly river in Balargah will be taken up. These projects are over and above the Rs 750 crore investments which have been finalised by the port.

They include redevelopment of berth 2 at Haldia where Adani Ports has received the letter of award. A concession agreement is likely to be signed soon.

Kumar was speaking at the sidelines of Maritime PPP Conclave at Calcutta where Bramhaputra Crackers and Polymers Ltd (BCPL) handed over their feasibility report to set up a crude import storage and dispatch terminal at Haldia for Rs 440 crore.

The port may allot 25 acres for the project. BCPL will take crude from Haldia to Dibrugarh.