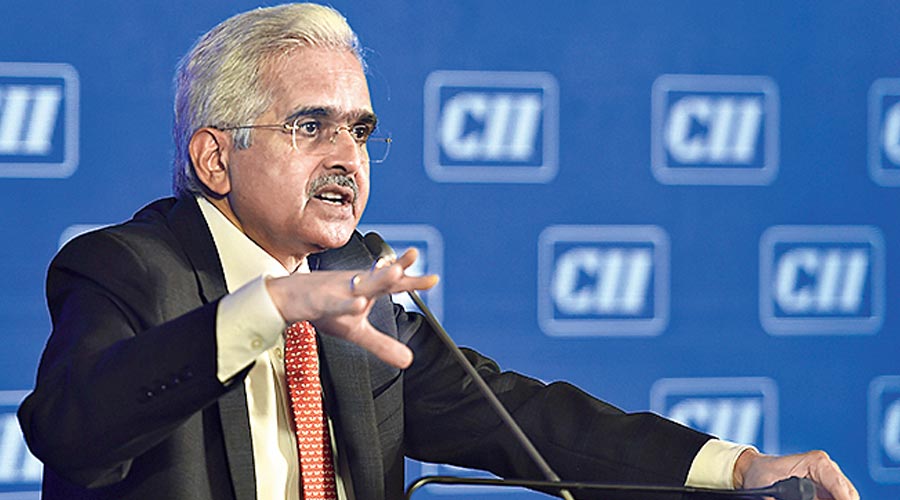 Reserve Bank of India (RBI) governor Shaktikanta Das on Monday ruled out the possibility of the economy getting mired in stagflation — an eerie mixture of high inflation, unemployment and low growth.

The central bank will continue to provide abundant liquidity to meet the needs of the productive segments of the economy, Das told industrialists here at a CII meet.

He said a review of the inflation projections is on the cards at the next meeting of the monetary policy committee (MPC) on account of the Russia-Ukraine war that has upset all calculations on crude and commodity prices.

But Das was optimistic inflation will moderate in the future and the impact of the war will be marginal.

Analysts have flagged the possibility of stagflation in some advanced economies. They fear rising crude oil and other commodity prices expose India to a similar risk.

“We believe that the ongoing geo-political tensions exacerbate external risks and impart a stagflationary impulse to the (Indian) economy,”analysts at Morgan Stanley said .

Das does not share this view. “In our assessment such prospects (stagflation) don’t exist. India is far away from such a grim prospect..”

“For the Western economies, you have to take into account what is their inflation target and where their inflation is. The US for example. Their target is 2 per cent and today they are touching almost 8 per cent. Similarly in Europe and other countries you see the inflation is way above their target which is mostly 2 per cent,’’ he said.

Although retail inflation has crossed  the threshold of 6 per cent for the second consecutive month in February, it will moderate going forward.

“We do expect inflation to moderate. We will spell out our inflation roadmap what is our estimation and expectation in the monetary policy. So I don’t see a situation of India where the inflation keeps on exceeding the band.”

He said the projection of growth for this fiscal is 8.9 per cent. “Even if you factor in the impact of the Ukraine crisis it will be very marginal.’’

The RBI governor defended the central bank’s accommodative policy aven as analysts recommended higher policy rates when inflation went past the upper bound of 6 per cent . ``There were lot of analytical pressure. We resisted that temptation.’’

The RBI, Das said, foresaw a moderation of inflation which came good in the end.

“If we start initiating premature demand compression through monetary policy action it will be counter productive,” he warned.