Expectation is a no-brainer... but how much I can't tell now, says Shaktikanta Das 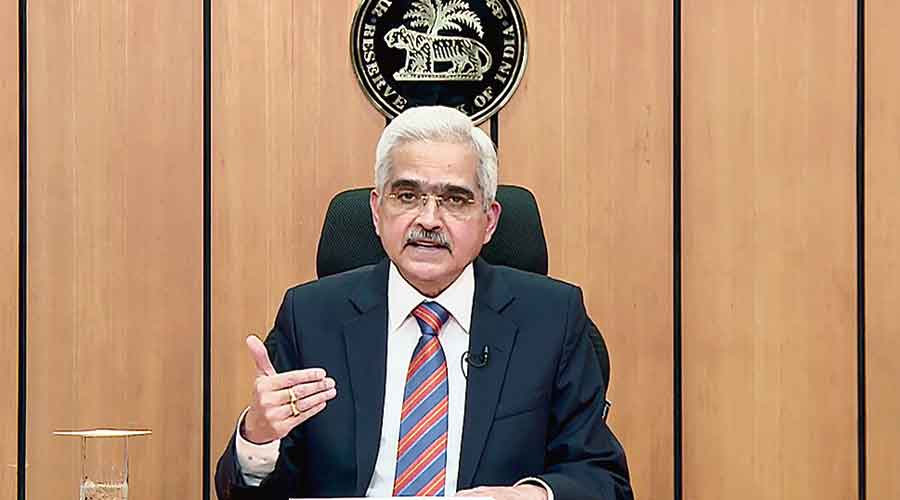 RBI Governor Shaktikanta Das on Monday hinted at another interest rate hike in early June to bring down stubbornly high inflation rate which has remained above the tolerance level for the past four months.

"Expectation of rate hike, it's a no-brainer. There will be some hike but how much I will not be able to tell now... to say that 5.15 (per cent) may not be very accurate," Das said in an interview with CNBC-TV18.

The next meeting of the Monetary Policy Committee (MPC) is scheduled for June 6-8. RBI, in its first rate move in two years and its first hike in nearly four years, raised the repo rate by 40 basis points to 4.40 per cent following an off-cycle meeting earlier this month.

In April RBI raised its inflation forecast for the current fiscal year to 5.7 per cent from earlier estimate of 4.5 per cent and lowered its GDP estimate to 7.2 per cent from 7.8 per cent for 2022-23, citing the impact of escalating geopolitical tensions triggered by the Russia-Ukraine war.

Das further said the RBI and government has entered into another phase of coordinated action to cool down inflation.

"RBI has taken a number of steps to moderate inflation in the last 2-3 months," he said, adding that the government on other hand has taken measures, including wheat export ban and cut in excise duty on petrol and diesel. "All these put together will have a sobering impact on price rise," he added.

Retail inflation has been above RBI's upper tolerance level for the past four months. The government has mandated MPC headed by the RBI Governor to keep the retail inflation between 2 to 6 per cent.

As per the latest print, the Consumer Price Index (CPI) inflation increased to 7.79 per cent against 6.95 per cent in the previous month and 4.21 per cent in April 2021.

"We will move towards positive real rates, but it is impossible to forecast how soon because of the evolving situation," said the governor.

There is a silver lining too, for the economy, as private investment is showing signs of improvement.
The rebound in domestic economic activity is gradually getting generalised, Das noted as per the minutes of the MPC meeting concluded on May 4.

"Improving contact-intensive services amidst revival in urban demand is driving personal consumption. The outlook for agriculture remains positive in the wake of the normal southwest monsoon forecast for 2022, which would support rural consumption. Investment activity is gaining momentum with higher capacity utilisation and capital goods production registering an uptick," he had said.

Exports remain resilient while persisting high import growth is suggestive of a revival in domestic demand, he had said.

"With regard to fiscal deficit," Das said, the government is likely to meet its target. He also believes there may not be a need for raising the borrowing limit as well.

The fiscal deficit in 2022-23 is estimated at 6.4 per cent of GDP, which is consistent with the broad path of fiscal consolidation announced last year to reach a level below 4.5 per cent by 2025-26.