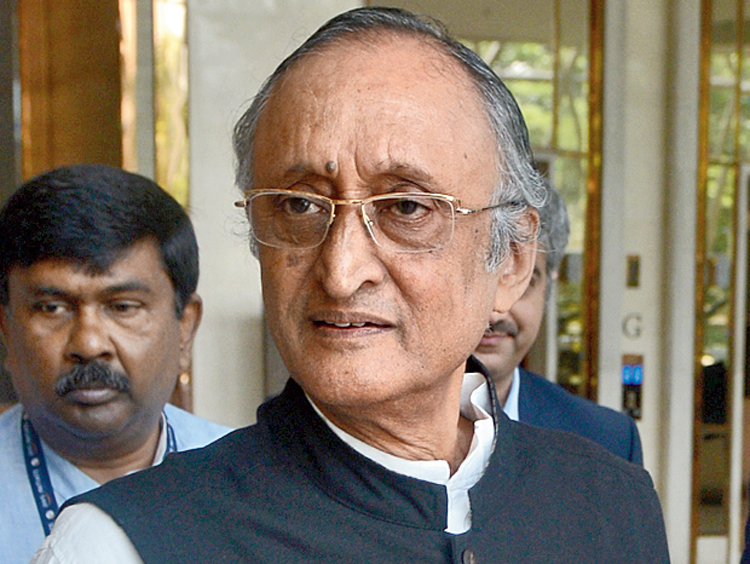 Bengal finance minister Amit Mitra has called for an urgent meeting of the GST Council to discuss ways to crank up faltering collections under the goods and service tax (GST) regime and plug revenue leaks.

In a letter written to Union finance minister Nirmala Sitharaman, Mitra said a business intelligence unit must be set up in every state to detect rampant frauds that are taking place in the system.

“Invoices continue to remain unmatched, allowing unscrupulous dealers to claim input tax credit (ITC) by creating fake transactions. There needs to be a single agenda meeting on the fraud and other systemic issues. However, I’m unaware when the Council will meet again,” Mitra told The Telegraph this evening.

The demand for a business intelligence unit comes at a time when GST collections have dipped below year-ago levels in the months of September and October.

In the letter, which has been reviewed by this newspaper, the state finance minister said he had flagged the tax leak issue before the last Council meeting in September in Goa but this was not taken up for discussion.

Mitra decided to press the issue after minister of state for finance Anurag Thakur’s recent admission in the Rajya Sabha that GST frauds worth Rs 44,466 crore had been detected in the past two years.

“The proportion of such scams has gone beyond all limits in the last year or two. I believe this incessant leakage of revenue is one of the important contributors to the falling revenue trend. Fake ITC means tax lost, as this ITC is not backed by transaction in goods or services in reality,” Mitra said.

“Even worse is the fact that some recent reports are suggesting that these chains appear to be ending in exports. This means not only that they are not paying taxes; they are actually getting cash refunds against ITC where actual business never took place,” the state finance minister added.

Some of the recent discoveries made by tax authorities appear to support his claim. In September, Directorate-General of GST Intelligence carried out searches in 336 locations across 15 states and detected fake ITC worth Rs 470 crore.

They arrested one person in Mumbai with credit of Rs 93 crore in September and another person holding ITC of Rs 127 crore for the same month. DGGI had carried out the searches on behalf of Central GST. Moreover, Odisha State GST authority detected fraud worth Rs 138 crore a few days back.

“Yet, we continue to work in silos and no task force to deal with this has been set up, though I had suggested it in my letter…May I suggest that a meeting be convened urgently to discuss revenue augmentation and setting up effective mechanism to detect and avert tax frauds,” Mitra wrote.