During the turbulent period, it was left to the IGE group, as a responsible founder, to fend for IndiGo 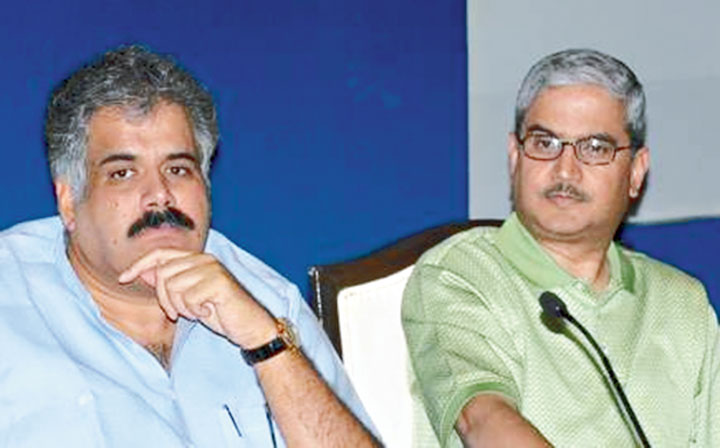 The Rahul Bhatia-group on Sunday fired a fresh salvo at Rakesh Gangwal, claiming the latter always limited his financial risks and was making insidious efforts to create an unseemly controversy about corporate governance.

InterGlobe Enterprises (IGE), which is the holding company of the Bhatia group, pointed out in a statement the arrangement between IndiGo’s promoter groups has been transparent from the time of inception, adding that during challenging times it was the IGE group that took care of the airline.

“Even more significantly, during the turbulent period of a fledgling airline, it was left to the IGE group, as a responsible founder, to fend for IndiGo. Gangwal was missing in action at that time and there were stages where he wanted to de-risk and pushed for the business to be sold,” the group said in a statement that also provided details about investments made by the two sides.

The IGE group has now issued three statements in less than a week to clarify its stand on various issues.

Gangwal has sought market watchdog Sebi’s intervention to address the corporate governance issues at InterGlobe Aviation — the parent of IndiGo.

While Gangwal holds around 37 per cent, the Bhatia group has about 38 per cent shareholding in the airline firm.

On the purchase of planes from Airbus, the statement said the IGE group and Gangwal gave a joint undertaking of support to IndiGo in November 2005, wherein both sides undertook to invest at least $50 million (which then was about Rs 200 crore) in the airline and maintain that investment till the delivery of the last aircraft.

“As Gangwal was not going to take any further financial risks or obligation, IGE singly (though the undertaking to Airbus was a joint one) took the obligation to further invest up to Rs 110 crore in IndiGo so that taken together with the then existing investment of Rs 99 crore, the conditions placed by Airbus could be met,” the group claimed.

The statement further added that the IGE group continued to support the airline without diluting Gangwal’s potential upside.

The statement further disclosed, “Kapil Bhatia and Rahul Bhatia extended personal loans to IndiGo and personal guarantees to the banks for the diverse financing needs of IndiGo such as pre-delivery payments, aircraft acquisition and working capital requirements.”

The personal guarantees of Kapil Bhatia and Rahul Bhatia continued to be in force till the end of financial year 2012 and by that time IndiGo — which Gangwal equates to a paan ki dukaan (betel shop) — had an adequate balance sheet to support itself, the statement claimed.

Kapil Bhatia is the father of Rahul Bhatia.

The statement further said that from inception, the arrangement between IGE group and Gangwal was transparent. While each was to hold about equal ownership, the IGE group was to take financial risks (with Gangwal’s risk capped at Rs 15 crore).

“The rights and obligations as shareholders of IndiGo were enshrined in the shareholders’ agreement to reflect their agreement and understandings in relation to the governance, management and operation of IndiGo... the deal was struck between seasoned business people who made their own assessment of risks, their rights and their obligations,” the statement said.