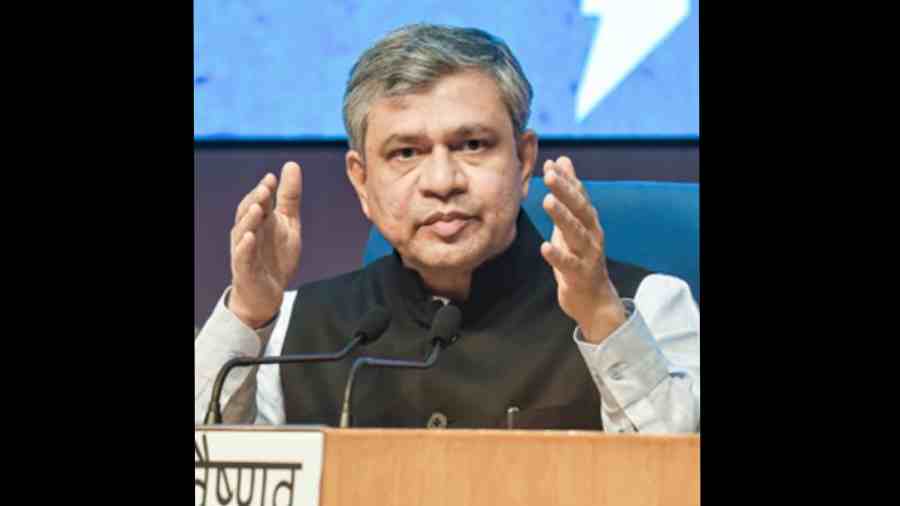 The draft telecom bill’s proposal to bring overthe-top (OTT) services under some form of regulation would sap innovation and raise privacy concerns, much like the personal data protection bill, which the government was forced to withdraw following criticism, analysts said. The government will now come out with a fresh draft of the data protection bill in the next few days, IT minister Ashwini Vaishnaw said on Thursday.

“It’s a matter of a few days before the revised bill is uploaded for consultation,” he said. The telecom minister on Friday said it would take six to 10 months for the draft telecom bill to become an Act. The minister said the telecom bill does not force the decryption of messages on OTTbased services. There is a provision for their interception based on the Supreme Court’s guidelines.

“There is no provision to force decryption (of OTTbased messaging services) … However, there is a very clear process on interception with checks and balances based on Supreme Court’s guidelines. That system will continue to be followed,” he said.

The government in early August withdrew the controversial data protection and privacy bill that sought to override an individual’s right of consent before processing his personal data even as it alarmed big technology companies by restricting cross-border data flows. The turnabout came more than eight months after the Centre had thrown out several amendments proposed by Opposition members in a report submitted by a 30-member joint parliamentary committee in November.

“They (OTT) are the backbone of the Digital Economy and by including such services as telecommunication services and subjecting them to licensing, it could stifle the entire socio-economic ecosystem, kill innovation and stymie the GDP growth,” T.V. Ramachandran, president, Broadband India Forum, said. Internet Freedom Foundation said Clause 24(2)(a) of the draft bill expanded the surveillance powers under the Indian Telegraph Act, 1885, which authorised interception of messages transmitted through telegraphs.

The clause has extending it to “telecommunication services or network”, threatening end-to-end encryption. “India’s Draft Telecommunication Bill is yet another attack on end-to-end encryption (E2EE), and people’s fundamental rights and freedoms, following the invasive IT Rules, 2021,” Namrata Maheshwari, Asia Pacific Policy Counsel at Access Now, a digital rights group, said.

“There is a significant overlap with IT Act as far as power to intercept is concerned. Both IT act and the bill being a special law, contain overriding law provisions. This needs close attention of interpretation and applicability, Karnika Seth, cyber law expert, said. N.S. Nappinai, Supreme Court advocate and founder Cyber Saathi, said the interception and surveillance provisions under Section 24 have to be reviewed and proportionality has to be built in. Better clarity on sanctions for violations is critical.”