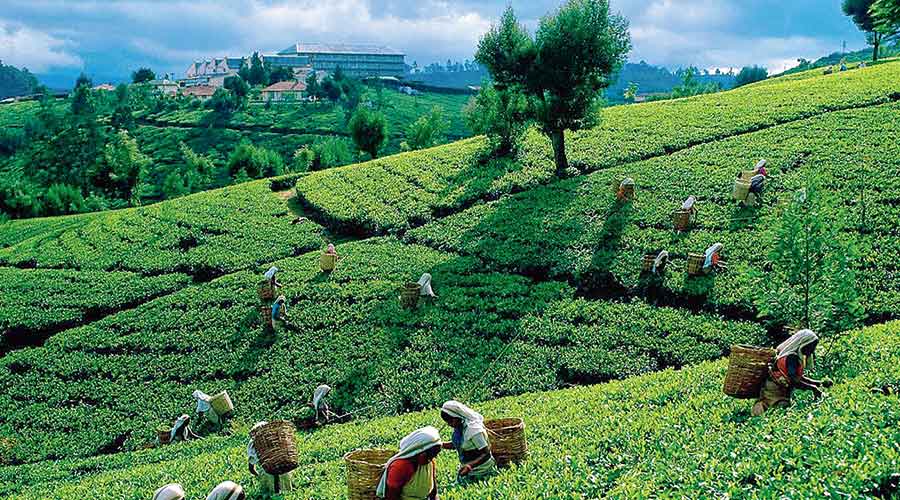 The decision of poll-bound Assam to increase the daily wage of tea garden workers by Rs 50 a day may have a debilitating effect on the organised industry unless the cost push is tempered by a commensurate price of the commodity, garden owners apprehended.

Given the weightage of wage in the cost of tea production, the hike may translate into an increase of Rs 25-35 a kg, depending on the productivity of a garden. Prices have remained flat in the last 6-7 years except for 2020 when they rose sharply because of the fall in production during the lockdown.

The daily cash wage of tea workers was hiked to Rs 217 a day from Rs 167 a day, except in the Barak valley, where it was increased to Rs 195 a day by the incumbent Sarbananda Sonowal government a week before the poll was announced.

The decision closely followed the Mamata Banerjee government’s interim hike in the daily tea wage to Rs 202 a day. Soon after the Assam cabinet announced the decision on February 20, BJP leaders in north Bengal were quick to make it a poll plank on how Assam stole a march over Bengal in offering more money in the hands of the workers.

There are about 800 gardens in the organised sector in Assam. Around 17 per cent of the state’s population — many of whom had migrated from central India decades ago — can decide the fate of at least 40 of the 126 Assembly seats in the state.

Given the politically  charged atmosphere ahead of the elections, very few garden owners were willing to go on record even as they were worried that the unprecedented hike would bleed even the best performing gardens.

“This has never happened in the 150-year history of the industry. Nobody will make money. There is no logic behind such a steep hike except competitive populism,” said a top producer.

While the gap between the two states may appear to be just Rs 15 a day on paper, the cost to a company in Assam will be Rs 30 a day more than Bengal as the latter provides ration to workers at Rs 2 a kg. Established gardens usually spend around Rs 17 a day on ration.

“As an industry we have only been thinking of how to protect ourselves from the losses. Except for last year, when the north Indian crop was down 10 per cent, it has been very hard to go by. Something has to be done to save the industry,” Chandra Kumar Dhanuka, former chairman of the Indian Tea Association and owner of Dhunseri Tea, said.

Industry leaders say the prices may remain firm till July before the rain crop hits the market. A note by Icra said while 2020-21 is likely to turn out to be one of the better years for north Indian bulk tea players, the sustenance of the profitability would be critical for their long-term financial health.

‘‘With Assam increasing the wage by Rs 50 per day, which would translate to Rs 25-30 per kg of made tea, a firm trend in prices is pivotal in determining the profitability in FY22. The sharp hike in wags has not only increased the cost of production for the large bulk producers but also increased their relative cost disadvantage to small growers by widening the gap in cost base,’’ said Kaushik Das, vice-president and sector head, corporate sector ratings, Icra.

Shortage in heldover stock along with a robust demand is holding up the prices as of now. However, the industry expects a downward pressure post second flush, when the bumper monsoon crop hits the market from July.

Any sharp reversal in tea prices and/or material increase in labour wages could reverse the improvement seen in FY2021, the note said. The paper was published after the Bengal announcement but before the Assam decision was known.

While the larger gardens would struggle to meet the directive, some of the smaller gardens may just ignore it altogether. The organised gardens have to even pay wages during winter when no crop is plucked. “Tea is also a cultivation, and nowhere are you asked to pay wages when no farming is taking place. Moreover, the minimum wage is a paradox. If somebody is not happy with the pay, the person can work somewhere else,” a planter argued.

Moreover, a sharp spurt in Kenyan crop may also spoil the party for Assam CTC, which is exported, by driving down the prices in the international market.