The government is mulling selling most of its 53.3 per cent stake in BPCL to a strategic partner. 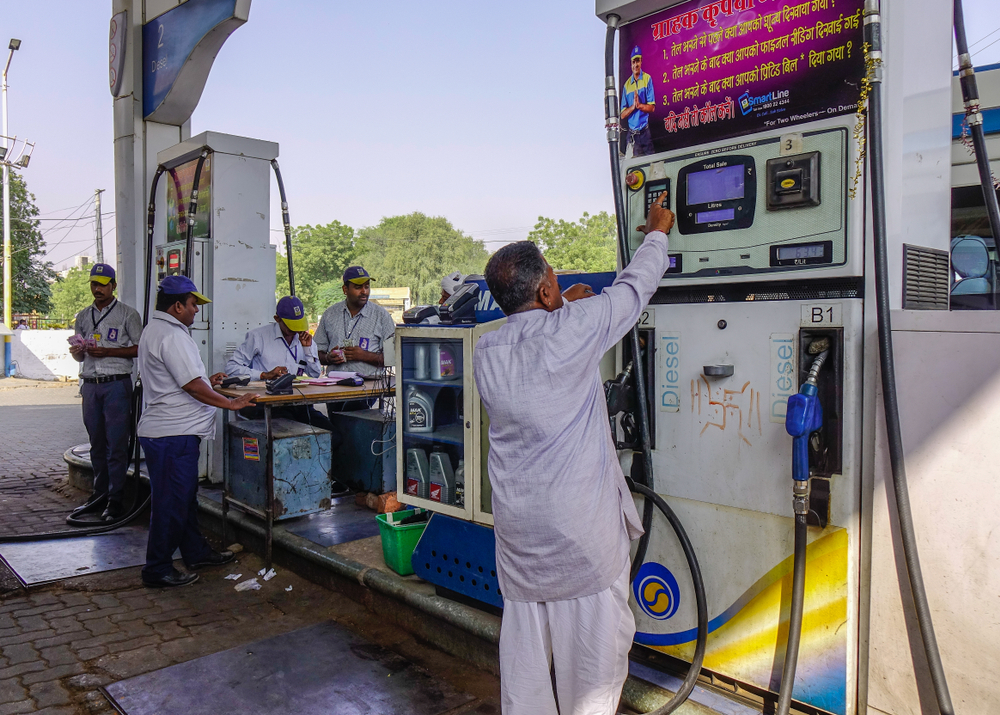 The Repealing and Amending Act of 2016 had annulled "187 obsolete and redundant laws lying unnecessarily on the statue-book," including the Act of 1976 that had nationalised erstwhile Burmah Shell
Shutterstock
PTI   |   New Delhi   |   Published 06.10.19, 07:04 AM

Ahead of a proposed move to fully privatise state-owned fuel retailer Bharat Petroleum Corp Ltd (BPCL), the government had quietly repealed the legislation that had nationalised the company, doing away with the need to seek Parliament nod before selling it off to private and foreign firms.

The Repealing and Amending Act of 2016 had annulled '187 obsolete and redundant laws lying unnecessarily on the statue-book,' including the Act of 1976 that had nationalised erstwhile Burmah Shell.

'The act has been repealed and there is no need for a approval from Parliament for strategic sale of BPCL,' a senior official said.

Keen to get multi-nationals in domestic fuel retailing to boost competition, the government is mulling selling most of its 53.3 per cent stake in BPCL to a strategic partner.

Privatisation of BPCL will not just shake up the fuel retailing sector long dominated by state-owned firms but also help meet at least a third of the government's Rs 1.05 lakh crore disinvestment target.

BPCL at the close of market on October 4 had a market capitalisation of about Rs 1.11 lakh crore and a government stake sale could get upwards of Rs 60,000 crore including a control-and-fuel-market-entry premium, officials said.

The Supreme Court had in September 2003 ruled that BPCL, as well as Hindustan Petroleum Corporation Ltd (HPCL), can be privatised only after Parliament amends a law it had previously passed to nationalise the two firms.

The ruling had followed a plan of the then BJP-led NDA government headed by Prime Minister Atal Bihari Vajpayee to privatise the two firms.

The apex court ruling had stalled the plan to sell 34.1 per cent out of government's 51.1 per cent stake in HPCL to a strategic partner along with management control. Reliance Industries Ltd, BP plc of the UK, Kuwait Petroleum, Petronas of Malaysia, the Shell-Saudi Aramco combine and Essar Oil had expressed their interest in acquiring that stake before the Supreme Court stalled the process.

However, the Supreme Court mandated condition is no longer applicable, they said citing the May 9, 2016 Gazette notification following President's assent to The Repealing and Amending Act, 2016.

According to the statement of objects and reasons for the repeal bill introduced in the Lok Sabha on May 13, 2015, the idea was to bring reform in the legal system by removing 'incoherent and redundant laws.'

'...the present proposal is to repeal 187 obsolete and redundant laws lying unnecessarily on the statute-book. On being enacted, it would reduce obsolete laws and bring in clarity to those for whose benefit the laws are enacted,' it said.

BPCL offers attractive buy for companies ranging from Saudi Aramco of Saudi Arabia to French energy giant Total SA, which are vying to enter the world's fastest-growing fuel retail market. It will not only give them 34 million-ton in refining capacity but also access to about 25 per cent share of India's fuel marketing.

BPCL was previously Burmah Shell, which in 1976 was nationalised by an Act of Parliament. Burmah Shell, set up in the 1920s, was an alliance between Royal Dutch Shell and Burmah Oil Co and Asiatic Petroleum (India).

HPCL was incorporated in 1974 after the takeover and merger of erstwhile Esso Standard and Lube India Ltd through the ESSO (Acquisition of Undertaking in India) Act passed by Parliament. The company was in January last year taken over by state-owned Oil and Natural Gas Corp (ONGC) for Rs 36,915 crore.