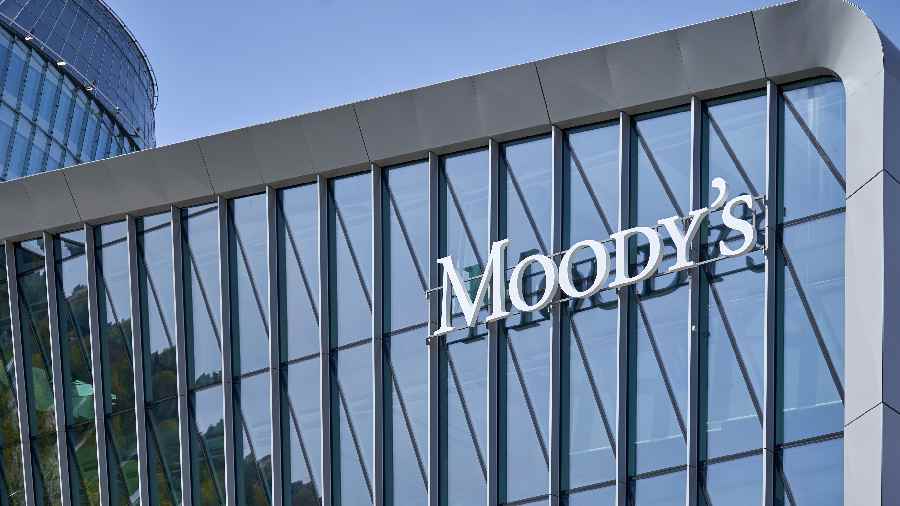 The prices of food and energy will remain elevated that will curb economic growth and raise social tensions, the rating agency warned.

Moody’s has a Baa3 rating — the lowest investment grade — with a stable outlook on India. There has been no change in this rating.

It said tighter financial conditions and economic “scarring” will push debt burdens in some nations to unsustainable levels.

Default risks in these tough conditions are most elevated for “frontier-market sovereigns’’ that need to borrow large sums in 2023 and have low foreign-currency reserves coverage of their imports and debt financing needs.

“Risks to our baseline forecasts are also high, stemming from a potentially prolonged slowdown in China, a more extended energy crisis in Europe, a further escalation of the Russia-Ukraine military conflict and a longer period of aggressive monetary tightening in the US,” Moody’s said.

“Credit-positive trends will be most evident for commodity producers — especially energy exporters — who will benefit from higher prices, while some other governments will also stand out for their broad resilience to the latest round of shocks.’’

India with other large Asian economies such as Indonesia, Malaysia, the Philippines and Thailand will grow at or in excess of 4.5 per cent as domestic consumption, investment and tourism return to normal.

However, if stagflation — a combination of high inflation, unemployment, and low growth — were to arise and become entrenched, the debt burdens of some investment-grade sovereigns that are highly sensitive to economic growth, such as Italy and India, would become less sustainable.

However, if stagflation — a combination of high inflation, unemployment, and low growth — were to arise and become entrenched, the debt burdens of some investment-grade sovereigns that are highly sensitive to economic growth, such as Italy and India, would become less sustainable.

A shift by some emerging market nations to domestic funding sources in response to tighter external financing conditions will also increase their interest burdens. It forecast 13 sovereigns including India could spend over 20 per cent of their government revenue servicing debt in 2023.

The Moody’s report added that global inflation-adjusted real GDP growth will slow to 1.7 per cent in 2023 from 3 per cent in 2022 as higher prices and tighter monetary policy hurt consumer spending, investment and wider economic sentiment.

``Those sovereigns that have not fully returned to their pre-pandemic output or that show signs of deeper economic scarring are most vulnerable to a sustained weakening in growth potential and, in turn, their debt sustainability’’, it observed.

The rating agency projected that Europe will undergo the largest slowdown globally as reduced Russian oil and gas supplies will keep the region’s energy prices elevated.

Growth in the US is also likely to slow sharply to 0.4 per cent for 2023 with output falling for a couple of quarters, as aggressive tightening by the US Federal Reserve curbs consumption and investment.

Stubbornly high inflation in the country that leads to even more stringent monetary tightening is a key risk for the global economy, Moody’s said.

Asia will be an outperformer led by China, given a gradual rebound in consumption and sustained public infrastructure spending.