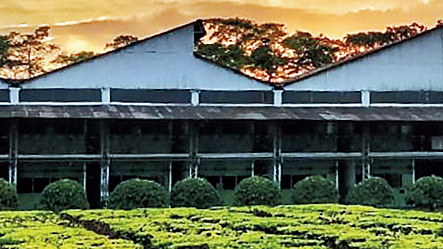 The Khaitans of McLeod Russel India Ltd and P.P. Gupta of Techno Electric & Engineering Company Ltd are close to reaching a settlement, raising the hope that India’s largest bulk tea producer may emerge unscathed from a bankruptcy resolution process.

Under the broad terms of the deal which has yet to be nailed down after intense discussions over the past week, the Khaitans will stump up the principal amount of Rs 100 crore in cash to Gupta.

The 4, Sunny Park property, which houses the upmarket gym and spa Solace, is unlikely to be part of the settlement.

The property was mortgaged to Gupta, who doggedly pursued an insolvency case after the Khaitans failed to pay the borrowed sum by March 31, 2019 and also could not hand over the title deeds of four tea gardens that were promised under the loan agreement.

It is learnt that the Khaitans are  arranging funds to pay Gupta and ensure that McLeod isn’t dragged into an insolvency process.

An application has been filed before the NCLT, Delhi to withdraw the case from corporate insolvency resolution proceedings under Insolvency & Bankruptcy Code, 2016. The matter may come up for hearing in the next few days.

“The discussions are ongoing and could take one more week to conclude. The Khaitans have offered to pay Rs 100 crore,” said a source with direct knowledge of the negotiations.

The move follows hectic parleys that began on Sunday morning and went on till the wee hours of Monday.

The Khaitans and Gupta, armed with lawyers, sat down to thrash out a deal, at the behest of owners of McLeod Russel.

In the nick of time

If the deal goes through and the NCLT accepts the application to halt the insolvency process against McLeod, the Khaitans will achieve the rare feat of steering a company out of the jaws of an insolvency process.

On August 6, NCLT Delhi passed an order directing the start of an insolvency resolution process against McLeod Russel and appointed Kanchan Dutta as an interim resolution professional.

The resolution professional was required to call for claims from financial and operational creditors, workmen and statutory authorities, verify their claims, and form a committee of creditors (CoC) by this week.

Under the IBC rules, the CoC principally comprises financial creditors.

Once the CoC is formed, a company can emerge from an insolvency process only if 90 per cent of the creditors agree to it under section 12A of IBC.

They only received an assurance that the NCLAT would examine the plea for a stay of the NCLT order but it wasn’t automatically given.

Thereafter, the two sides scrambled to hammer out an out-of-court settlement in an effort to head off the appointment of a CoC which would further complicated the possibility of an amicable resolution of their dispute.

Sources say the IRP, a court-appointed officer, has received claims from the creditors and has determined who are eligible to be part of the committee.

Corporate observers believe that the withdrawal of the CIRP could pave the way for secured financial lenders to thrash out a loan restructuring at McLeod outside the purview of the insolvency process.

There was a growing realisation among secured financial creditors that there may not be much interest for such a large company, especially at a time the tea plantation business is undergoing stress.

At least one of the major lenders, Yes Bank Ltd, was also simultaneously pursuing an insolvency case against the tea producer which has over 33 gardens in Assam and Bengal.

The case at NCLT, Calcutta, was dismissed by the bench when it came up for hearing. The tribunal ruled that the petition had become infructuous as McLeod had since been admitted into CIRP by NCLT.

“The case by Techno Electric was a stumbling block before the lenders to restructure the outstanding loan of the company outside the framework of IBC. If it goes out of the equation, a debt resolution could be achieved over the next two to three months,” said a source who was aware of the negotiations.

The stock, which slumped by 42 per cent to Rs 18 from an earlier level of Rs 33, has started climbing once again.

The whiff of a possible settlement at McLeod has sparked a sense of relief within the tea fraternity of Calcutta.

“It is a good thing for the tea industry in general. With over 70,000 workers and many small tea growers whose fortunes depend on selling their crop to the company, a semblance of stability at McLeod  is positive for the entire tea industry and especially to the socio-political condition in the state of Assam,” said a tea planter.