McLeod Russel debt restructuring to materialise in next few months

On November 5, the company had informed the bourses that an inter corporate agreement (ICA) has been signed between them and the consortium of lenders 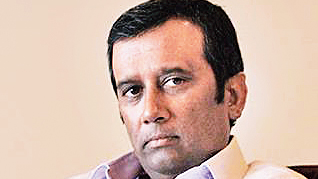 The top management of McLeod Russel tried to soothe worries of the company’s shareholders by assuring them that the long-awaited debt restructuring proposal would be ready in the next few months.

Aditya Khaitan, chairman of India’s largest bulk tea producer McLeod, said at the annual general meeting of the company that the management was engaged with the bankers which had so far fully supported the plan.

“The management is engaging very consciously with the bankers to come up with a restructuring plan.

“The bankers are fully in support of the company and hopefully in the next few months we will be able to finalise the restructuring programme with the bankers and with that the company should be able to manage its debt position,” Khaitan said at the virtual AGM.

On November 5, the company had informed the bourses that an inter corporate agreement (ICA) has been signed between McLeod and the consortium of lenders “to provide for ground rules for finalisation and implementation of resolution plan in respect of borrower/company”.

The signing of ICA comes months within the tea planter reaching an out of court settlement with a private lender that took the company out of the corporate resolution insolvency process (CIRP) under the bankruptcy code.

A techno economic viability study has also been prepared to finalise the restructuring plan, which may involve the part conversion of loan to a long-term non interest bearing instrument, infusion of funds by the promoters and a moratorium on interest payment.

Speaking about the operations, Khaitan hoped the next crop season may open with strong prices, helping producers such as McLeod, as the pandemic over the last two years has built up a shortage in the market. He was also hopeful that wage indiced cost hikes was behind the industry.

“We are expecting hopefully when the market opens the next season in the month of April to be strong. We also had a wage increase which has been finalised by the various governments of Assam and Bengal.

“So hopefully we believe that all the cost increases that needed to happen have happened and the market is also ready to pay a higher price for the tea product,” Khaitan said at the AGM.