Markets nervous ahead of US Federal Reserve statement 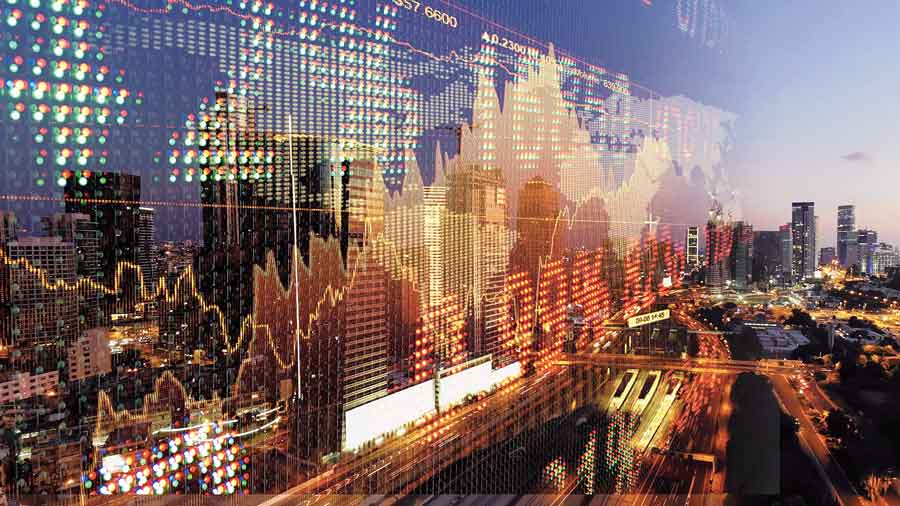 The US Federal Reserve, signaling its inflation target has been met, on Wednesday said it would end its pandemic-era bond purchases in March, paving the way for three quarter-percentage-point interest rate increases by the end of 2022 as it exits from policies enacted at the start of the health crisis.

At the end of its meeting on Wednesday, the Fed kept its interest rates unchanged.

In new economic projections released following the end of a two-day policy meeting, officials forecast that inflation would run at 2.6 per cent next year compared with the 2.2 projected as of September, and the unemployment rate would fall to 3.5 per cent.

As a result, officials at the median projected the Fed’s benchmark overnight interest rate would need to rise from its current near-zero level to 0.90 per cent by the end of 2022, with continued increases in 2023 to 1.6 per cent and in 2024 to 2.1 per cent required to pull inflation back to the central bank’s 2 per cent target.

Eventual rate hikes, the Fed said, would now hinge solely on the path of the job market.

“With inflation having exceeded 2 per cent for some time, the Committee expects it will be appropriate to maintain the current near-zero interest rates until labour markets have returned to full employment,” the Fed said in a statement that began to pin down more thoroughly the central bank’s “normalisation” of monetary policy following nearly two years of extraordinary efforts to nurse the economy through the fallout of the pandemic.

That is still underway, with the new Omicron coronavirus variant adding to uncertainty about the course of the economy.

But the Fed, at this point, said economic growth is expected to be 4 per cent next year, an increase over the 3.8 per cent projected in September.

Fed Chair Jerome Powell is scheduled to hold a news conference later to elaborate on the new policy statement and answer questions about the central bank’s economic outlook.

Markets worldwide are straddling fears of rising inflation on one side and growing concerns surrounding the Omicron variant, on the other, that may put a lid on recovery.

Within 24 hours of the US Federal moves, the Bank of England is meeting to decide on the interest rates with inflation in the UK at more than a decade high of 5.1 per cent in November.

However, most economists think BoE will opt against raising the benchmark rate from the current record low of 0.1 per cent because of the huge uncertainty surrounding the spread of the Omicron variant of the coronavirus.

With infections widely anticipated to hit levels not seen before during the coronavirus pandemic and new restrictions imposed, there are worries over the already muted economic recovery in the UK

An interest rate increase which would increase many loans and mortgages, however modest, is the last thing UK households will want before Christmas.

A week before the Fed meeting, India’s Reserve Bank of India stayed away from tinkering with the rates while forecasting a benign inflation regime that was questioned by economists who warned of supply shortages bedevilling the economy.

At its December monthly bulletin on the economy, the Indian central bank said the Omicron strain has heightened uncertainty in the global macro-economic environment but went on to highlight the revival of the economy in the second quarter.

An article on the state of the economy in the bulletin pointed out that the global economy “remains hostage’’ to more uncertainty after detection of the new variant. It has also accelerated risks to global trade with the resumption of travel restrictions and quarantine rules at major ports and airports.

Moreover, the ongoing supply-side constraints are likely to keep input prices and freight rates at elevated levels and this could act as a drag on overall exports.

The rupee appeared to be more attuned to the problems of inflation overseas as it plunged 44 paise to close at a 20-month low on Wednesday as consistent foreign fund outflows and risk-averse sentiments weighed on the currency. Growing concerns over Omicron hit the appeal of riskier assets.

The rupee has been under pressure for the past five weeks due to consistent forex outflows on expectations of faster rate of tapering by the Fed to rein in rising inflation.