Sebi has provided a prescribed format to disclose the SBO, identifying the person by name, nationality and PAN 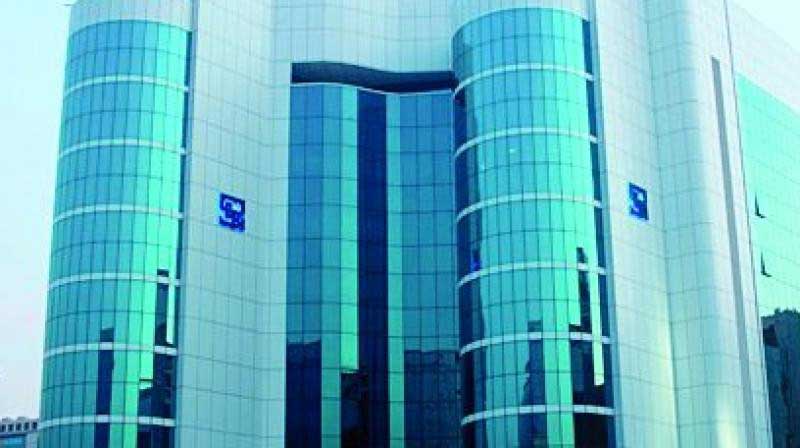 The market regulator said the new disclosure would have to be inserted within the shareholding pattern that companies file with the stock exchanges for public dissemination on a quarterly basis.
(Annual Report)
Sambit Saha   |   Calcutta   |   Published 16.12.18, 07:28 PM

The Securities & Exchange Board of India has set a March 31, 2019, deadline to disclose significant beneficial owners (SBO) of all listed companies, putting into effect a provision of the Companies Act, 2013, that attempts to lift the veil on individual ownership that until now lay masked behind a labyrinth of companies and elaborate shareholding structures.

The market regulator said the new disclosure, being made “in the interest of transparency to the investors in the securities market”, would have to be inserted within the shareholding pattern that companies file with the stock exchanges for public dissemination on a quarterly basis.

Sebi has provided a prescribed format to disclose the SBO, identifying the person by name, nationality and PAN. Moreover, the listed company has to reveal the stake the SBO holds in the target company and identify the entity through which such shares are held. The date of creation/acquisition of such beneficial interest will have to be mentioned in the format.

Under SBO Rules, 2018, notified by the ministry of corporate affairs (MCA) on June 14, all companies, public or private, are required to disclose the names of individual(s) who either directly or indirectly hold more than a 10 per cent stake in the entity, or exercise “significant influence or control” over its affairs.

The MCA had set a September 11, 2018, deadline to file such information with the registrar of companies (RoC). However, a day before the deadline expired, the ministry informed that new formats for disclosure would be “notified shortly”, effectively putting the process in abeyance. It now appears from the Sebi circular of December 7, 2018, that the breathing time is fast drawing to a close for corporates.

“We were breathing easy when the government extended the deadline to file with the RoC. Now, we have a new deadline to meet. It will be a challenging task ahead,” said Gautam Ganguly, company secretary at Kesoram Industries Ltd.

A glance through the shareholding patterns of listed companies may underline the challenges that lie ahead. In almost all such companies, individuals who are identified as promoters, hardly own any significant shares directly in their names.

Most of the promoters control significant stake or exert influence in listed companies through unlisted entities, trusts or LLPs, preventing market participants from understanding the exact quantum of shares they hold in those entities.

For instance, India’s most valuable company by market capitalisation, Reliance Industries Ltd, has 55 promoters as on September 30, 2018, according to disclosures made by the company to the stock exchanges. However, the disclosure does not say, as it is not mandated by law at present, if anyone of them, including chairman Mukesh D Ambani, directly or indirectly holds a 10 per cent stake in Reliance or “exert significant influence or control”.

As on September 30, 2018, Mukesh Ambani only held a 0.12 per cent stake directly, according to a disclosure that can be accessed publicly from the bourses.

Incidentally, the Sebi circular refers to the SBO rules for the purpose of interpretation. There were several issues — what constitute significant influence, for instance – in the SBO rules that lacked clarity and/or certainty.

“In light of the fact that the revisions to BEN 1 Form and the clarifications, if any, under the SBO Rules are awaited from the MCA, and the existing interpretational issues under the SBO Rules continue to prevail, the disclosure requirements under the circular are likely to add to the confusion and compliance complexity of compliances if the formats thereunder are not aligned with the disclosure formats proposed to be introduced by the MCA. Hopefully, the MCA will provide appropriate clarity before the first quarterly filing under the circular,” Shourya Sengupta, senior associate with Khaitan & Co, said.

According to a note by the legal firm, the filings and disclosure requirements under the SBO Rules are event-driven, that is a company’s obligations were triggered only upon the receipt of declarations from SBOs or when no declarations were made by potential SBOs or when there were changes to an SBO’s shareholding.

However, under the Sebi circular, a listed company is obliged to submit a quarterly disclosure. As such, listed companies will now have to institute a framework to keep a constant check on all their shareholders and whether they qualify to be declared as an SBO. The change proposed by the circular will undoubtedly increase the compliance burden and costs for all listed entities, the note said.