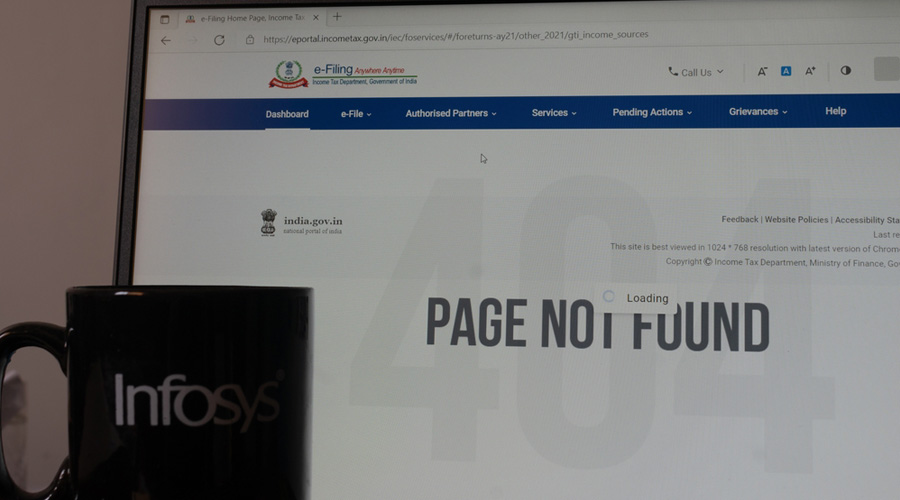 The portal, which was billed to make it easier for taxpayers to file returns and claim refunds, had for several weeks witnessed technical glitches after its launch on June 7, 2021, and the snags resurfacing again prompted some to wonder if it has been hacked on the anniversary.

Many users complained that they were unable to log in into the portal, while some complained malfunctioning of the search functionality.

Issue relating to the search functionality of the e-filing website has come to our notice. The Income Tax Department is seized of the matter. @Infosys has been directed to look into it & @Infosys has confirmed that they are resolving the issue on priority, the I-T department tweeted.

The finance ministry officials also assured that there has been no data breach on the portal. Incidentally, Tuesday is the first anniversary of the launch of new Income Tax portal. In the past year, the portal functioning has been marred on several occasions which prompted the government to extend due date of filing tax returns and related forms for all taxpayers.

The new e-filing portal www.incometax.gov.in, launched on June 7, 2021, had a bumpy start since the beginning with taxpayers and professionals reporting glitches and difficulties in its functioning. Infosys was in 2019 given the contract to develop the portal.

According to a written reply in the Lok Sabha last year, the government paid Rs 164.5 crore to Infosys to build the new income tax e-filing portal between January 2019 and June 2021.