Advertisement
Home / Business / Is investing all about luck or skill?

Is investing all about luck or skill?

When someone wins a lottery, we say he is lucky. But when his stocks go up 100%, we flock to him for investment advice 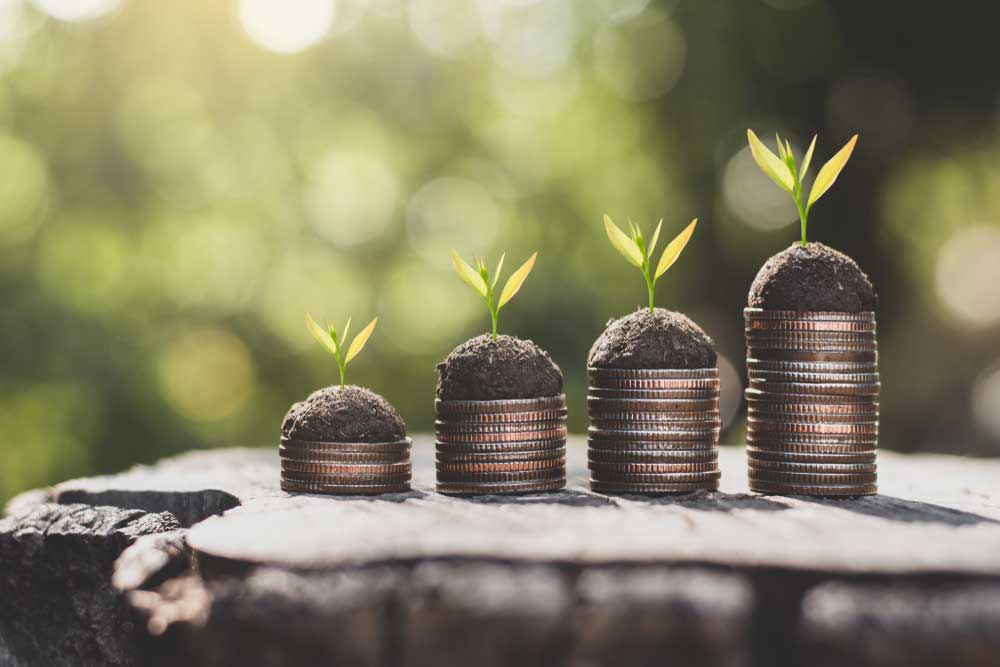 Investing in markets is often no different from fumbling through dynamite factories with risks lurking around every corner and luck dictating the investment outcomes. Everyone who emerges from the markets unscathed is not a genius, many are just lucky.
(Shutterstock)
Diva Jain   |     |   Published 25.11.18, 07:33 PM

“What fortune has made yours is not your own.” — Seneca (Letters from a Stoic)

Luck or randomness, as statisticians prefer to call it, plays an often misunderstood role in all spheres of human endeavour. Many great inventions and watershed events have been the result of randomness or serendipity as romantics term it. From the formulation of penicillin to the invention of the X- Ray, randomness has dictated the outcome more than the effort or skill, so much so that Napoleon was quoted to prefer lucky generals over good ones to command his troops. Yet it remains one of the most misunderstood concepts in life and finance.

When someone wins a lottery, we say he is lucky. But when his stocks go up 100 per cent, we flock to him for investment advice believing that he is a financial genius. This luck vs skill debate assumes greater significance in areas where both have a role to play, such as finance and investing.

How will you describe a person who announces that he plans to run through a dynamite factory with a burning torch in his hand? The word fool will be an accurate although an impolite description of such a person. If he actually manages to be successful, will you call him an expert? The answer is no. As celebrated fund manager Joel Greenblatt says, such a person will now graduate from being a fool to a “lucky fool”. Investing in markets is often no different from fumbling through dynamite factories with risks lurking around every corner and luck dictating the investment outcomes. Everyone who emerges from the markets unscathed is not a genius, many are just lucky.

The role of luck in finances can be seen clearly by examining the lack of persistence in the outperformance of both companies and mutual funds. If they possess genuine skill, their outperformance should persist and have longevity. However, of the 500 companies that comprised the Fortune 500 in 1955 (accounting for two-thirds of US GDP), only 12 per cent survived in 2016. The average time that these mighty corporations spend on the list before being dethroned, bankrupted or acquired is just 14 years.

What goes up, comes down

While persistence is rare, what is most common in finance is mean reversion. Mean reversion implies that things gravitate towards their long-run mean after deviating from it.

Mean reversion permeates all spheres of life and is characterised by the Ornstein-Uhlenbeck process in pure sciences. In finance, John Bogle has called it the iron rule of the markets. Thus, a fund’s underperformance compared with its long-run average is followed by outperformance and vice-versa. 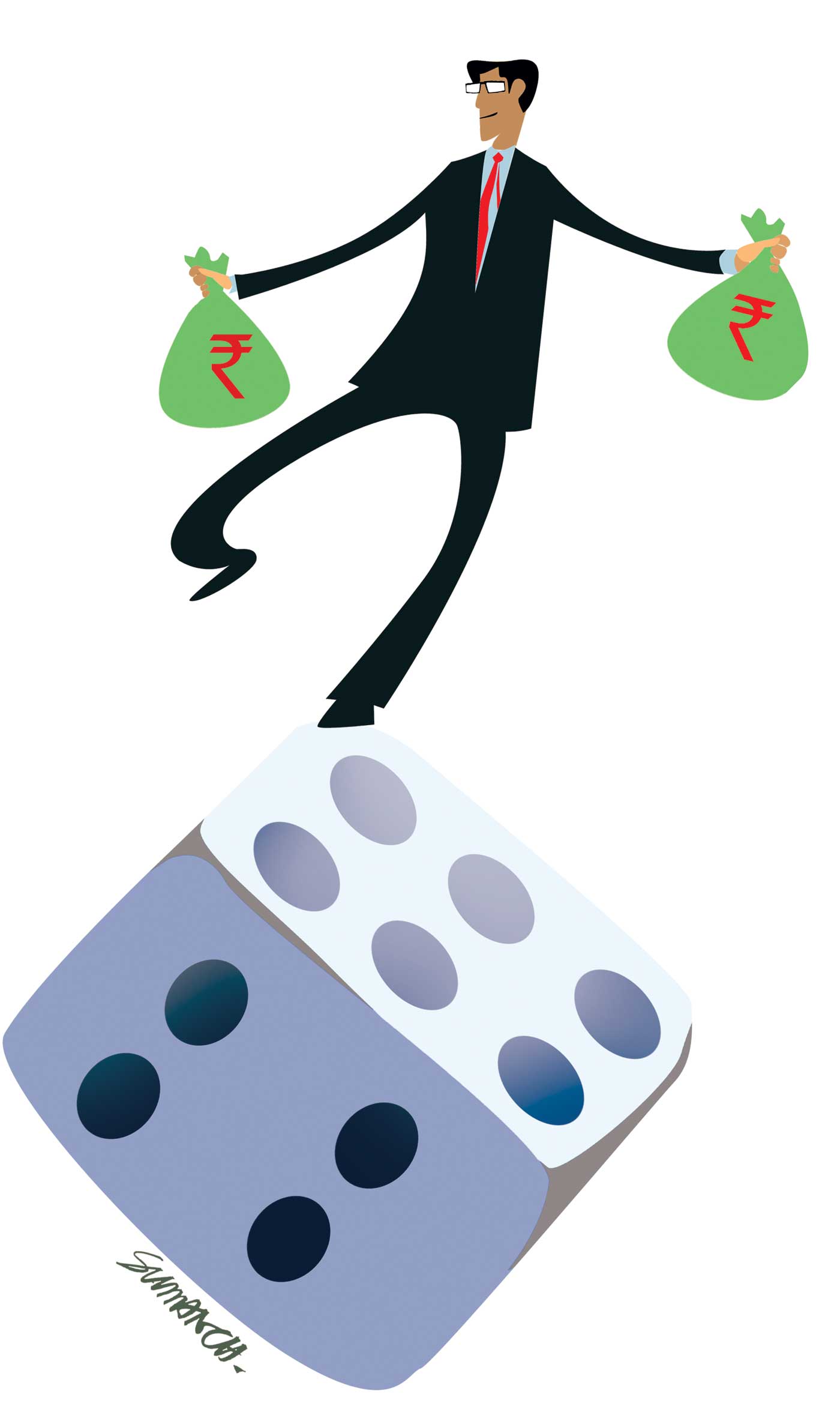 One must be very watchful before investing in reclassified funds as no long-run performance data, which can help one to avoid the luck-skill trap, exists for these funds.
Illustration: Suman Choudhury

According to Benjamin Graham, in the short run, the market is a voting machine, but in the long run it is a weighing machine.

Lack of persistence and mean reversion implies that funds may outperform or underperform in the short run because of good or bad luck but in the long run this will average out and the true measure of a fund manager’s skill will emerge. This is crucial to choosing a fund through which to invest in the markets.

While financial experts and mutual fund marketers often harp on short -term historical performance (last six months to last three years) to peddle their goods, one must be aware that these might be driven by a spot of good luck and examine the returns of fund managers since the inception of the fund and for at least ten years before coming to a conclusion about their ability to beat the market. This statistic is easily available and a much more accurate measure of a fund manager’s skill than the statistical gimmicks accompanying mutual fund marketing.

The enmeshed nature of luck and skill in the financial markets and the use of long-run performance to disentangle them assume much importance in light of the recent reclassification exercise for mutual funds initiated by Sebi.

Several fund houses have merged or reclassified their funds into single funds in a category scheme as specified by Sebi. Almost 20-30 per cent of all mutual funds have been impacted by this change.

With funds being merged, their historical returns are no longer informative and marketers may even use this as an opportunity to disclose selective performance data to muddy the waters even more, making it very difficult to get an estimate of a fund manager’s skill. Thus, one must be very watchful before investing in reclassified funds as no long-run performance data, which can help one to avoid the luck-skill trap, exists for these funds.

However, if one does find oneself holding shares in a reclassified fund, one need not despair. An effective strategy could be to look at the long-term returns of an unaffected fund which is run by the same fund manager as the reclassified fund.

Although imperfect, this should be a valid estimate of a true fund manager’s skill for a reclassified fund with no historical data. The long-term averaging is an effective tool to root out the effect of luck on performance and generate an accurate estimate of fund manager skill because as Nassim Taleb states, “by definition, chance cannot lead to long-term gains, because it would no longer be chance”.

The writer is an expert in behavioural investing