India's GDP growth expected to be 8.8-9 per cent in FY22: Care Ratings 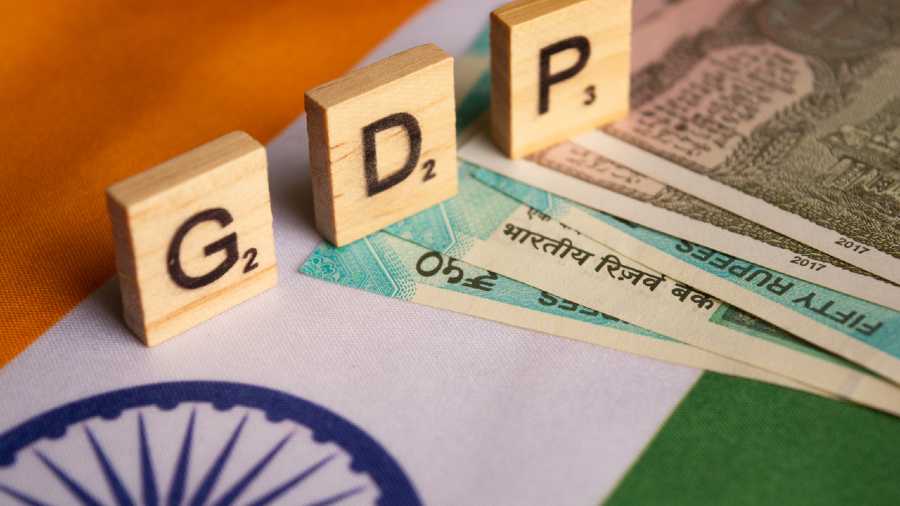 The country's gross domestic product (GDP) growth is likely to be 8.8 to 9 per cent in the current financial year, driven by agriculture and industry sectors, Care Ratings said in a report.

The agency said the outlook for the Indian economy on almost all counts in FY22 would look seemingly better than FY21 on account of the negative base effect.

"GDP growth for the year (FY22) is expected to be 8.8-9 per cent with GVA (gross value added) growth of 7.8 per cent. The main drivers of the economy would be agriculture and industry," the ratings agency said in its Economic Outlook for 2021-22.

Services sector will not be able to reach its potential even at 8.2 per cent growth as the second lockdown has affected sectors like hotels and restaurants, tourism, retail malls and entertainment in particular, it said.

While a lot has been done on the supply side by both the RBI and the government, the malaise is on the demand side which has been a problem even before the pandemic, Care Ratings pointed out.

A critical factor this time will be the spending pattern of the rural households, the report said, adding that the monsoon forecast is good and ideally a stable Kharif harvest should bode well for rural incomes.

There could be some pent up demand which surfaces this time too from urban India, but it may just about maintain the level of last year and not really be a breakthrough.

"Higher consumption should stimulate investments. The crux will be an investment which has a multiplier effect on demand and investment," it said.

The report also said the fiscal deficit for FY22 is projected between Rs 17.38 lakh crore to Rs 17.68 lakh crore.

"For a nominal GDP of Rs 222.9 lakh crore, the increase in quantum of fiscal deficit would potentially push up the fiscal deficit ratio to 7.8-7.9 per cent of GDP," the report said.

It also said the cost of services has increased across all components, which combined with the fuel-led impact would keep CPI (consumer price index-based inflation) elevated at around 6 per cent by March-end.

Wholesale price index-based inflation will be in double digits mainly due to the low base effect as well as rising global commodity prices.

"Given the high inflation numbers witnessed so far and our expectation of CPI inflation to remain elevated, it does not look likely that there can be any rate cut at least in the 2021 calendar year," the agency said.

The current account will turn into a deficit this year with a higher trade deficit and stable invisible flows, it said.

The report further said FPI flows to the country would be lower than last year and be in the region of USD 18-22 billion.

It estimates the country's foreign exchange reserves to be around USD 620-630 billion by March-end.