How HDFC disrupted itself

Aditya Puri’s ideas were evolving around one theme: If HDFC Bank was at the top in the physical space, why couldn’t it be the leader in the online space? 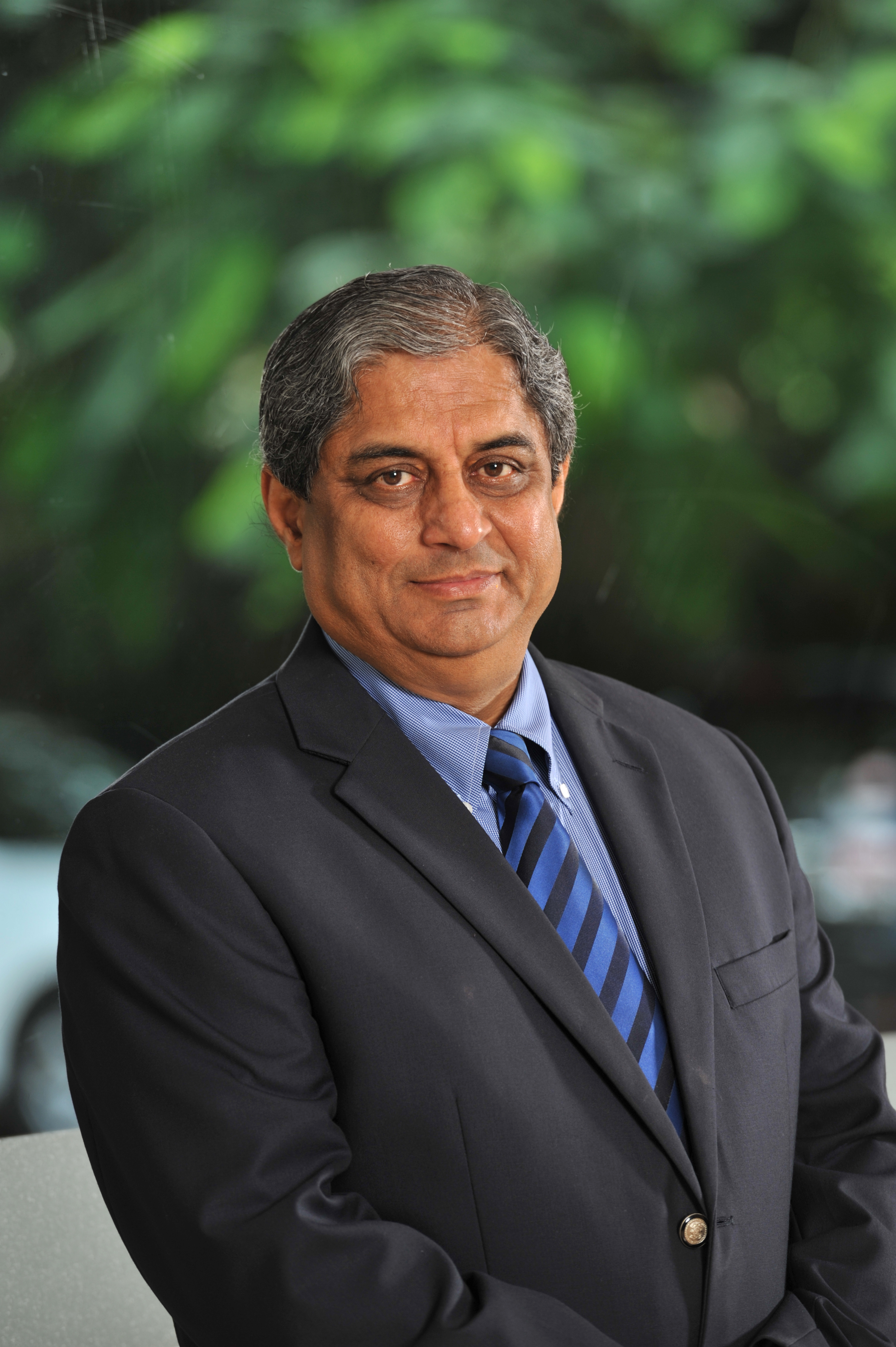 For Aditya Puri, the key lesson was that fintechs were not reinventing a bank, they were just riding on the platform of the banks with sophisticated apps
Wikimedia Commons
Tamal Bandyopadhyay   |   Published 16.07.19, 09:49 AM

After an 18-hour flight back, Aditya went straight to his office to hold a meeting as he wanted to “kick everyone’s ass” and prepare them for disruption.

Around 20 people—senior management and business heads—were in the boardroom on the sixth floor of HDFC Bank’s headquarters in central Mumbai, Bank House. A bleary-eyed, jet-lagged Aditya said there were four kinds of fintech companies responsible for disruptions in the financial services space—loan dotcom companies processing loan approvals at the speed of light; payment companies such as Alipay and ApplePay; wealth advisories using mathematical algorithms to advise customers based on their risk profiles; and finally, the payment wallets.

Aditya said that all the hype over fintech or tech companies taking over the business could be true but they would still have to ride on top of a banking network. If a bank owned the network, how could a third party viably sell OTT products on that network? The network, merchant and customer belonged to the bank. Could somebody take away their business by merely promising a good payment experience? He also believed that HDFC Bank had all the elements and the right technology in place and should rapidly transform itself into a digital bank.

He cited one of his conversations with Jamie Dimon, the CEO of JP Morgan Chase, the largest of the big four American banks, who said that disruption was bound to happen. Aditya told him HDFC Bank was prepared to ride that wave on its own.

The strategy of the technology companies was to ride the banking platform. They were trying to have an application and offer services in a more convenient manner without changing the fundamentals.

Aditya’s message was clear: Why don’t we disrupt ourselves, instead of allowing a third party to do that? He told the group heads that they would have to look at changes, absorb them and strategize on their businesses.

He was clinical in his approach, asking everyone to set a date for conceptualization and implementation of action plans. No one should be living in a cocoon, he said, with typical Punjabi bluntness.

Extracted from HDFC Bank 2.0 -- From Dawn to Digital by Tamal Bandyopadhyay with permission from Jaico Books

Senior executives didn’t have a choice—either they could be a part of the transformation or they’d have to exit. It wasn’t a pleasant meeting and neither was its aftermath for some people. Those who couldn’t deliver on promises or failed to handle the pressure had to move on.

Everyone was given targets, focussing on four aspects:

The next chapter will take a closer look at the transformation of the bank and the progress made on some of the products. Before that, let’s rewind a bit and take a look at the building blocks that had been put in place much before Aditya’s Silicon Valley trip.

While many of his colleagues were probably recovering from New Year celebrations on 1 January 2013, Nitin was praying with his family at the Krishna Janbhoomi temple in Mathura. He got back to his car and saw several missed calls on his mobile from Aditya’s office.

When he called back, Aditya said he wanted to transform HDFC Bank into a digital bank and that Nitin should start working on the project. For Nitin, the call was like prasad from Lord Krishna.

The Digital Banking team was formed over the next fortnight. As Head of Digital Banking, Nitin was given a string of portfolios ranging from internet banking to mobile banking and digital acquisition. Also among his responsibilities were the outbound phone channel (which communicates the most with customers) and the corporate salary portfolio (as the salaried class would be the first to adopt digital means).

Nitin was no stranger to technology. After all, he had an engineering degree from National Institute of Technology Kurukshetra and experience in selling computer and photocopying machines. Still, this was a new role. He was to head the department from a business perspective and work alongside then Technology Head, Anil Jaggia, and other group leaders to create the digital bank.

Nitin, then working as Regional Branch Banking Head for the Northern Region based in Delhi, started travelling to Mumbai often to meet his team members. He would report to Rahul Bhagat, Group Head, Retail Liability Products. After a series of presentations and discussions with Aditya and other group heads, the blueprint was ready by August 2013.

The focus was to understand customer behaviour and come up with innovative ideas. By November 2013, the team came up with their first product—‘missed call banking’.

The focus of the bank at that time was on the rural markets where customers were not using internet banking, mobile banking or apps. Analysing their behaviour, it was found that much like people around the world, rural customers want to just reassure themselves that their money is safe in the bank; for this purpose, the customers keep on checking their balance every now and then.

Checking the balance is a global phenomenon. Bankers across the world try to simplify the process. This was the first item on the team’s agenda.

They introduced a series of services that could be invoked by calling a toll-free number.

1800 270 3333: Checking the balance. A text message would be sent with the balance. There were other numbers for the rest of the services:

The service, initially meant for the rural population, was soon offered to all. Though it was not new or technologically advanced (it required a simple interface for the registered number to connect to the bank and retrieve the balance) and had already been introduced by a few government-owned banks, HDFC Bank was the first to implement it at such a scale.

It was an effective marketing tool for inducing customers to open accounts. Branch staff prepared stickers and pasted them on the back of customers’ handsets so they could remember the number. Almost one million people started using it within three months of introduction.

Aditya (Puri) decided to travel to California to take a close look at the disruptions that were being discussed.

In September 2014, Mastercard Inc., a leading global payments and technology company that connects consumers, business, merchants, issuers and governments around the world, organised the trip for Aditya, then chairperson of its advisory committee for the Asia-Pacific region.

It was one of the rare occasions when Aditya was visiting the US not to meet the investors. The agenda of the trip was to understand the changing landscape of the financial services sector. The buzz phrases those days were: ‘Silicon Valley will eat your breakfast and lunch’, ‘banks will be reduced to pipes’, ‘people won’t need banks but only banking’, and so on.

For Aditya, the key lesson from these meetings was: These companies were not reinventing a bank, they were just riding on the platform of the banks with sophisticated APIs—a set of rules, commands, functions and objects for building software applications, popularly called apps.

As usual, Aditya did not take notes but at the end of each day (he was there for four days) he would call Sashi (using someone else’s cell phone) and tell him how the world was talking about disruption and India could not escape this wave.

These were his questions.

The key was not competition but collaboration and white labelling products. A white label product is a product or service produced by one company (the producer) that other companies (the marketers) rebrand to make their own.

Aditya’s ideas were evolving around one theme: If HDFC Bank was at the top in the physical space, why couldn’t it be the leader in the online space? 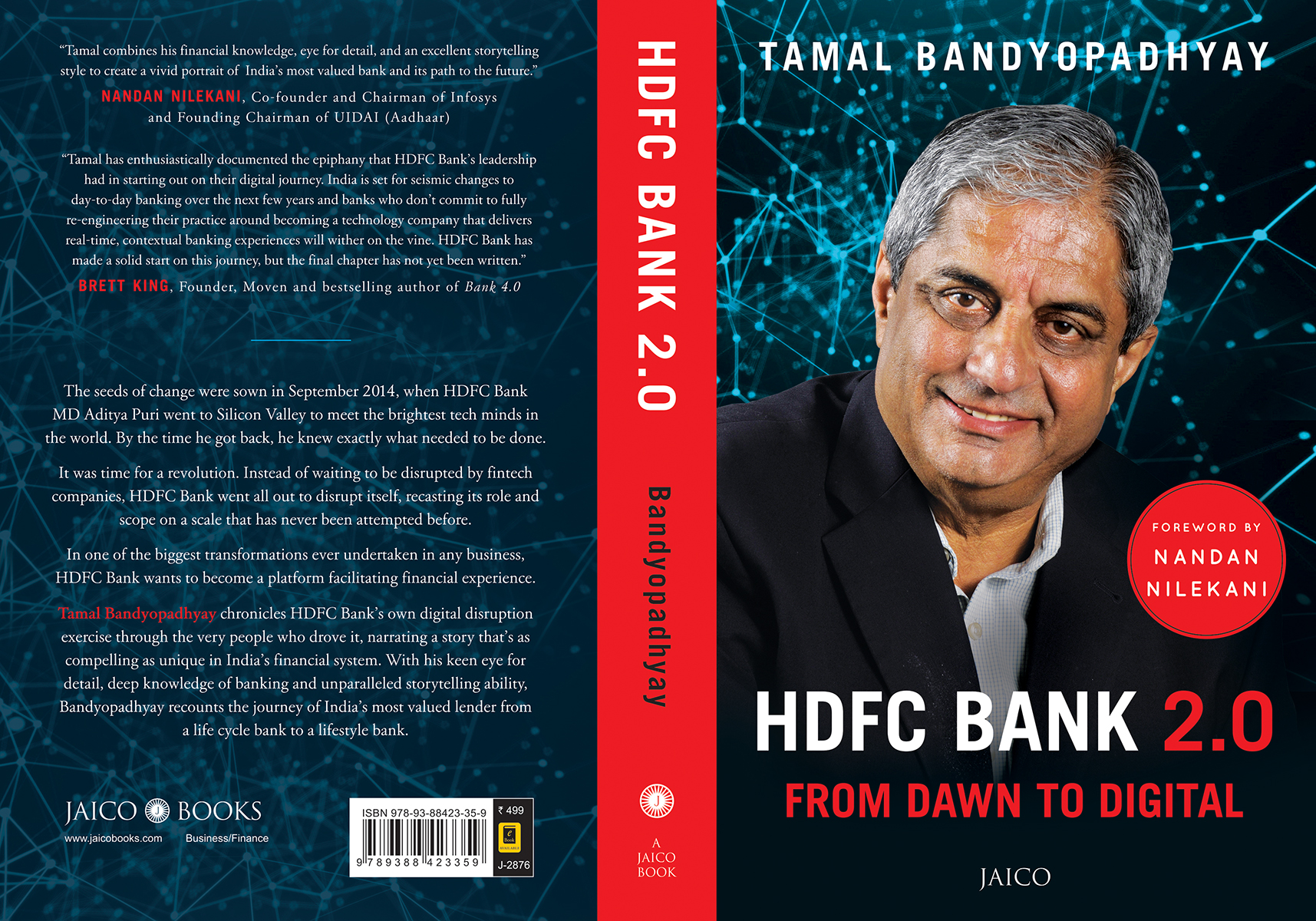