Theme of township to be skill development 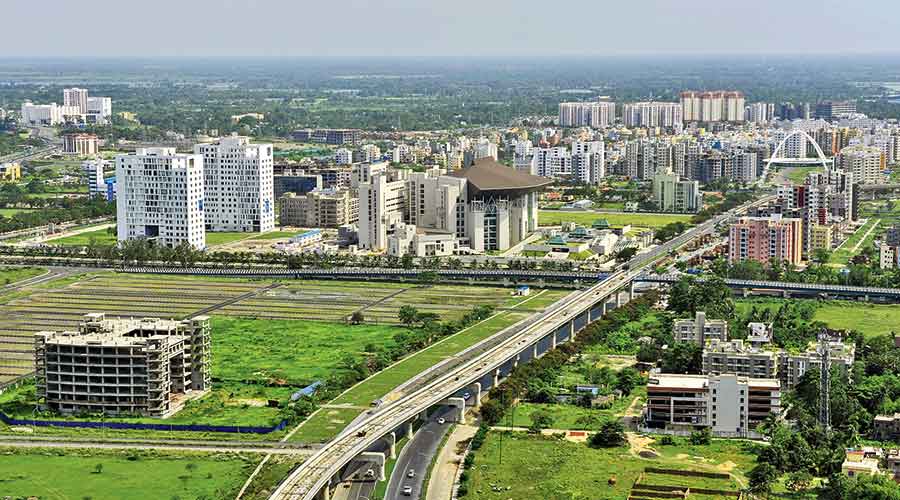 Ambuja Neotia Group has struck a deal with a HDFC Group-backed entity to build one of the largest townships in Calcutta, signalling a steady revival in the real estate sector which was bruised by the pandemic.

The 72-acre development will come up in Rajarhat in close proximity to the IT and office hub in that part of the city.

The township will sport plotted development and villas among others and take about five years to complete, the developers said.

In plotted development, parcels of land are sold to the buyer who can build his own home.

Ambuja has come on board as the development management partner, while the land that is worth north of Rs 800 crore remained with Satyaa Homes, an entity owned by HDFC and Sumit Dabriwala of Highland Group.

As a development management partner, Ambuja will get a share of the revenue generated from the project while the initial investment to build the common infrastructure will be borne by the land owners. The deal was brokered by Anarock Property Consultants.

The development will be modelled after the new township policy which was announced during the Bengal Global Business Summit in 2015.

The Mamata Banerjee government had then allowed private landholders to build theme-based townships with certain riders.

Ambuja and Satyaa plan to build the township based on the theme of skill development. A quarter of the net land area will be earmarked to create infrastructure for schools, vocational training and other facilities.

Around 25 per cent of the residential units will have to be kept for the economically weaker section too,  in line with the township policy. The common infrastructure will include road, water, electricity, sewerage connection, club house and school among others.

The first phase of the township will be spread over 26 acres.

Harsh Vardhan Neotia, chairman of Ambuja Neotia Group, said there would be demand for plotted development in a post-pandemic world. “In a city like Calcutta, there will be a section of buyers who want to have their own home/villas with a little green patch. And during the pandemic, everyone, including the younger generation who were earlier wary of buying real estate, have understood the value of owning a home,” Neotia said this evening.

A buyer will have the option to buy plotted land, which is likely to be priced between Rs 40 lakh and Rs 80 lakh, depending on the size and build a villa with the design specification of the developer.

“In this process, the buyer can make investment in a staggered manner over years according to his/her convenience, in contrast to buying an apartment where the entire value is paid at one shot,” Neotia explained.

There has been a spate bungalow developments on the southern fringes of Calcutta in recent times.

Mayank Saksena, MD and CEO of Anarock Land Services, said the project could be what Adarsh Palm Meadows had been to Whitefield, the IT hub of Bangalore.

“The Adarsh project, which came up 15 years ago, is now sought after by top tier IT professionals and expats working there. This township has all the trappings to go that way,” Saksena explained.

The transaction also signals consolidation within the real estate sector and a clear shift towards reputable developers who have the right pedigree to deliver quality projects within the promised time, he added.

“When the world went to a tailspin and sales and launches collapsed, it was pleasing to close a deal like this which clearly indicates a steady revival,” Saksena noted.