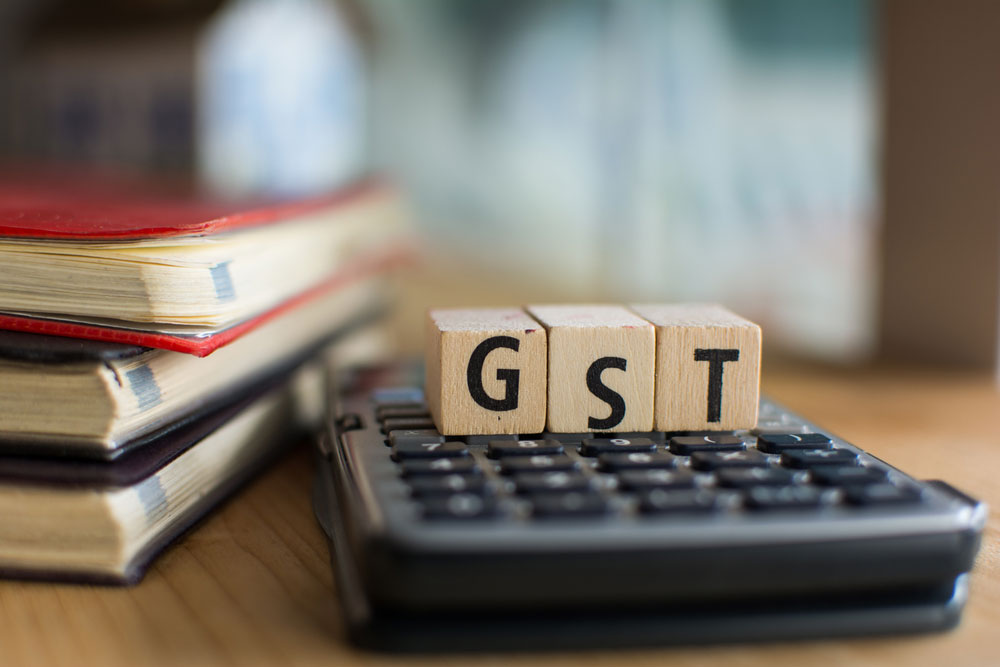 Collection from the goods and services tax touched an all-time high of over Rs 1.13 lakh crore in April, up from Rs 1.06 lakh crore in the previous month. This is the fifth time after the introduction of the new indirect tax regime when the collection is above Rs 1 lakh crore.

M.S. Mani, partner at Deloitte India, said: “The steep increase in collections despite the rate reductions during the past year indicates that GST revenues are now on the stabilisation curve. If this trend continues, the GST targets for 2019-20 would be achieved without resorting to other measures.”

“The collections reported relate to the transactions in March, which would typically be higher being the last month of the fiscal where all businesses would be keen to achieve the sales targets for the year. However, an increase of over 16 per cent on the annual average does indicate that GST revenues have now stabilised,” he said.

“It is heartening to see individual collections on CGST, SGST and IGST increasing with IGST on inter-state transactions showing a sharp increase. Compared with the same period a year ago, there is an increase of over 20 per cent in the number of returns filed, indicating that more businesses have now embraced GST,” he added. 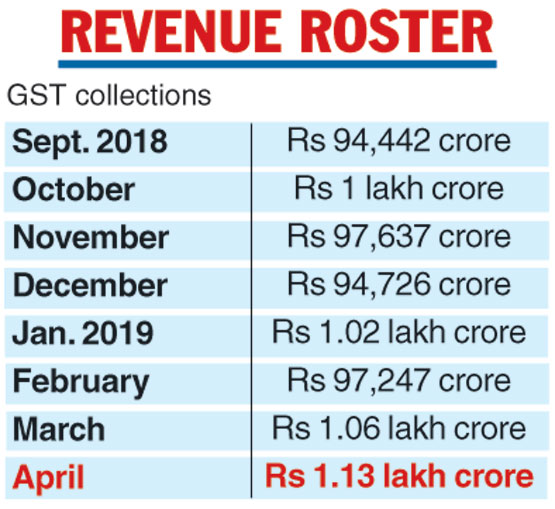 The total number of summary sales return GSTR-3B filed for the month of March up to April 30 stood is 72.13 lakh. April is the first month of 2019-20 fiscal.

The collection last month has been the highest since the introduction of the GST and also reflects a 10.05 per cent growth over April 2018, when the collection was Rs 1,03,459 crore, it said.

The government has settled Rs 20,370 crore to CGST and Rs 15,975 crore to SGST from IGST as regular settlement.

Further, Rs 12,000 crore has been settled from the balance IGST available with the Centre on provisional basis in the ratio of 50:50 between the Centre and states.

Abhishek Jain, tax partner at EY, said, “The steady growth in GST collections is quite positive and reinforces the confidence in this tax regime. While one reason for the growth could be year-end adjustments and corrections, the steady growth in the last couple of months and over last year collections for the same month is definitely laudable.”