Kerala wants the central government to borrow the entire shortfall of Rs 1.83 lakh for the year and not the Rs 1.10 lakh crore offered by the finance ministry 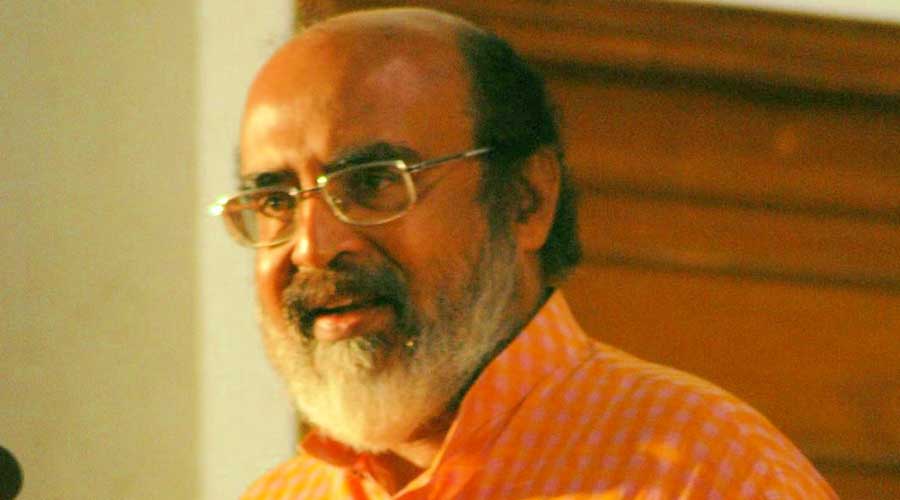 Kerala finance minister Thomas Isaac on Monday asked the central government to take the initiative to settle the matter. “Having come half way through for amicable settlement on the issue of who should borrow, the Centre now should take initiative to settle the remaining issue: How much to borrow?” Isaac tweeted.
Shutterstock
Our Special Correspondent   |   New Delhi   |   Published 20.10.20, 01:10 AM

The GST compensation row is festering over the sum the Centre must borrow to bail out the states who have their hands full with the pandemic.

Opposition ruled Kerala, which have been in the forefront to gouge out more from the Centre on account of the shortfall in GST collections, wants the Centre to borrow the entire shortfall of Rs 1.83 lakh for the year and not the Rs 1.10 lakh crore offered by the finance ministry.

The state, thus, wants the Modi government to borrow the Rs 73,000 crore shortfall estimated to be caused exclusively by the coronavirus as well as the Rs 1.10 lakh crore which is the result of GST implementation.

“Higher borrowing will not affect the Centre’s FD (fiscal deficit). Fears of crowding out private investment is misplaced in recession,” Isaac tweeted.

The shortfall to states and the Centre’s obligation on that count had threatened to spill over to the Supreme Court with eight Opposition states, including Bengal and Kerala, rejecting the twin options proposed by the finance minister.

In August, the Centre had told the  states to a) either borrow Rs 97,000 crore on account of GST implementation from a special window facilitated by the RBI or b) the complete shortfall of Rs 2.35 lakh crore, including Rs 1.38 lakh crore because of Covid-19, from the market. The options have since been revised to Rs 1.10 lakh crore and Rs 1.6 lakh crore, respectively.

The Centre had made much of the fact that it had given them a larger borrowing window of Rs 1.6 lakh crore instead of Rs 73,000 crore which is the actual sum for the fiscal given the dues of February and March are rolled over to the next fiscal.

Last week, the Centre gave in to the demands of the Opposition states to borrow and fund the GST compensation shortfall.

The finance ministry said the Centre would borrow from the market to pay the GST compensation shortfall of Rs 1.1 lakh crore to states and then act as an intermediary to arrange back-to-back loans to state governments.

Congress leader and former finance minister P. Chidambaram in a tweet said the Union finance minister Nirmala Sitharaman has written to the states that the central government will borrow Rs 1,10,208 crore and give them “back-to-back loans”.