Revenues from the sixth round of auction could go down further if the telecom operators opt to pay in instalments, analysts said 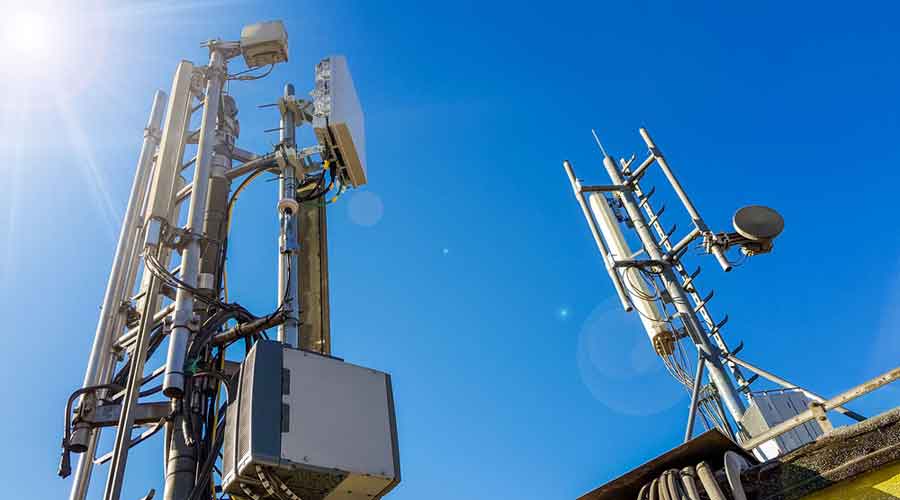 The auction of telecom spectrum in March may fetch the government just Rs 50,000 crore against a minimum value of Rs 3.92 lakh crore of the airwaves.

Revenues from the sixth round of auction — the first  since 2016 —  could go down further if the telecom operators opt to pay in instalments, analysts said.

In the budget for the current financial year, finance minister Nirmala Sitharaman had estimated a revenue of Rs 1.3 lakh crore from other communication services. The spectrum auction of radiowaves worth Rs 3.92 lakh crore is set to begin from March 1.

“Spectrum purchase is expected to be more by the telco that has gained the highest market share as the company will need spectrum to cater to the need of its complete 4G subscriber base that has gained momentum over the last four years. Considering these factors, the spectrum auction is expected to be in the range of Rs 50,000 crore,” Care Rating said in a research note.

Analysts fear that the spectrum auction may be a repeat of the 2016 fiasco when large chunks of airwaves remained unsold because of high base prices. Four years ago, the government had raised just

Rs 65,789 crore through the auction, a fraction of the Rs 5.63 lakh crore worth of airwaves put on sale.

“For FY21, the government has estimated a revenue budget of Rs.1.3 lakh crore from other communication services that includes receipts from telcos. Thus, spectrum auctions will play a pivotal role to decide on the receipt budget from other communication services for FY21. the budget estimate for FY21 is 126% higher compared to the revised budget estimate of Rs.59000 crore for FY20,” it added.

Analysts fear that the spectrum auction may be a repeat of the 2016 fiasco when large chunks of airwaves remained unsold due to high minimum prices. Four years ago, the government had raised just Rs 65,789 crore through spectrum auction, a fraction of the Rs 5.63 trillion worth of airwaves put on sale. Spectrum in the 700MHz and 900MHz bands were completely unsold in 2016.

Pricing of spectrum has been an issue, with top executives at Bharti Airtel and Vodafone Idea repeatedly demanding that the government lower spectrum prices.

A substantial portion of Jio’s own airwaves and those it shares with Reliance Communications in the 800 MHz band expires in 12 and 14 circles, respectively, starting July 2021. Without these airwaves, Jio’s services in these circles will be impacted, making it imperative that the telco bid for them, analysts said.

Airtel and Vi have less expensive airwaves, mostly in the 1800 MHz band, set to expire across eight circles each from July. Both have backup airwaves in most service areas.

Telecom operators can get spectrum in the 900 megahertz band, used for 4G services, in the upcoming auction for less than half the price paid for several circles in previous auctions, as per the base prices declared by the Department of Telecom.

While most of the base prices are based on the recommendations of the Telecom Regulatory Authority of India (Trai), the Department of Telecom (DoT) has made some changes in the 700 megahertz and 1800 Mhz bands in select circles for the auctions scheduled to start from March 1.

Analysts said Reliance Jio may bid for spectrum in the 700MHz band, which is most suited for 5G among the bands on sale. Mukesh Ambani, chairman of Reliance Industries Ltd, has said Jio plans to roll out 5G services in the second half of 2021.

Meanwhile, Vodafone Idea has moved the Supreme Court to seek modification of its order that upheld Rs 58400 crore as adjusted gross revenue dues as claimed by the DoT. The telecom firm moved the court claiming errors in the government calculations.

The DoT has estimated that the AGR dues of Vodafone Idea is Rs 58,254 crore while the company’s own assessment so far is of Rs 21,533 crore. In the case of Bharti Airtel, which has also moved the court, has claimed that while the DoT’s estimate is of Rs 43,980 crore, Bharti’s own estimate is of Rs 13,004 crore.