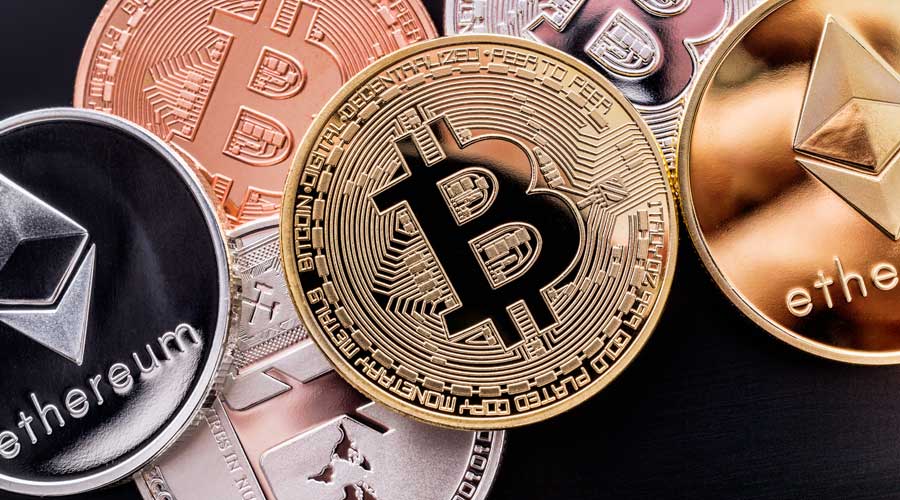 Finance ministry officials have indicated that a comprehensive Bill on crypto currencies with details on taxation is expected to be introduced in the winter session of Parliament .
File Picture
Our Special Correspondent   |   New Delhi   |   Published 14.11.21, 03:06 AM

The Centre intends to keep a close watch on cryptocurrencies and will take proactive measures to regulate trading in this emerging asset class to ensure that it doesn’t become an easy vehicle for money laundering and terror financing.

A meeting chaired by Prime Minister Narendra Modi examined the various dimensions of digital currencies and related issues in a comprehensive manner without unequivocally spelling out whether it had abandoned the idea of an outright ban on private cryptocurrencies.

Sources said the consensus that emerged at the meeting was that efforts ought to be made to stop unscrupulous agents from misleading the youth by over promising returns and promoting a stack of unregulated assets through non-transparent advertising.

Finance ministry officials have indicated that a comprehensive Bill on crypto currencies with details on taxation is expected to be introduced in the winter session of Parliament which starts later this month.

The revenue department is of the view that capital gains and income earned through crypto assets ought to be appropriately taxed. Similarly, if there is service involved in the transaction, then GST needs to be levied.

Meanwhile, the Parliamentary Standing Committee on Finance has called cryptocurrency associations and industry experts on Monday for a meeting to discuss the topic ‘CryptoFinance: Opportunities and Challenges’.

“The government is working on the new crypto bill. This bill is not looking to ban crypto currencies; but it will allowing trading in crypto within certain limitations. The biggest concern for the government is capital outflow as they are unable to fully track crypto transactions. Taxation is another major issue,” Sidharth Sogani, chief executive officer of CREBACO Global, told The Telegraph.

He said last week the crypto exchanges and the Internet and Mobile Association of India (IAMAI) had announced that about Rs 6 lakh crore was invested in crypto currencies but it isn’t known how much of this would be subject to tax and how much the government could earn in tax revenue from this asset class.

“If Rs 6 lakh crore is the right figure, we are looking at a big number in terms of tax. Moreover, the per user scale of investment is debatable. This is both a currency and commodity... a sort of a hybrid. It is an unprecedented instrument. However, treating it as a commodity is easier and is the best fit for the economy,” Sogani added.

The finance ministry has already held multiple meetings with financial sector regulators and industry stakeholders over the past few weeks on the need to create a legislative framework for trading in cryptocurrencies.

Both the RBI and Sebi have voiced deep reservations about private cryptocurrencies.

“There is a huge amount of risk that will impact financial stability, and we have shared our concerns with the government,” RBI governor Shaktikanta Das said in a recent interview with a television channel. “The government will take the necessary policy decision in that regard.”

A consensus has now started to emerge within a section of the country’s policymakers that there is a need to define cryptocurrencies as an asset class but not elevate it to the status of legal tender.

The RBI’s internal panel report on the contentious topic of cryptocurrencies is expected to come out next month. The banking regulator had tried to stop banks from acting as facilitators of crypto transactions. However, on March 4 this year, the Supreme Court had set aside an RBI circular of April 6, 2018 that had prohibited banks and entities regulated by it from providing services in relation to virtual currencies.

Several nations have been mulling ways to regulate the profusion of crypto currencies now available for trading.

A recent IMF report said that Bitcoin remained the dominant crypto asset but its market share has declined sharply in 2021 from more than 70 per cent to less than 45 per cent.

The government held off on plans to introduce The Cryptocurrency and Regulation of Official Digital Currency Bill, 2021 in the budget session as it continued discussions with stakeholders. The draft law had proposed to prohibit all private cryptocurrencies and laid down the regulatory framework for the launch of an “official digital currency”. However, the government now appears to have second thoughts on outright prohibition.