The macro-economic numbers is still a game of smoke and mirrors, largely because comparisons with the year-ago quarterly periods, when the economy had contracted 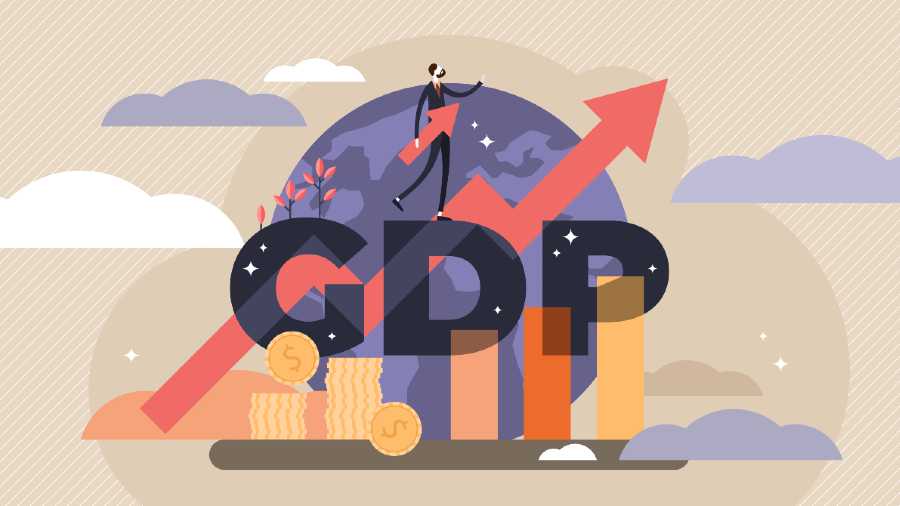 The Covid-battered Indian economy has sputtered back to life.

Real GDP in the second quarter (July-September) was estimated at Rs 35.73 lakh crore, reflecting a growth of 8.4 per cent over the same quarter last year when it was measured at Rs 32.96 lakh crore.

More importantly, the economy has nudged above the pre-Covid level. Real GDP was a very marginal 0.33 per cent higher than the Rs 35.61 lakh crore in the second quarter of 2019-20.

The macro-economic numbers is still a game of smoke and mirrors, largely because comparisons with the year-ago quarterly periods, when the economy had contracted, can still statistical illusions of recovery.

In the first quarter of the previous fiscal, the economy had contracted sharply by 24.4 per cent because of severe lockdown restrictions. The contraction spilled over into the second quarter too when it shrank by 7.4 per cent.

It is that 9 per cent shortfall from the pre-Covid normal that has now been overcome. Economists said the impetus to growth with the reopening of the economy after the second wave seemed to have faded with high frequency numbers indicating supply shortages and low vaccination coverage.

D.K. Srivastava, chief policy advisor, EY India, said “the second quarter real GDP growth signals the feasibility of the economy showing an annual growth of close to 9.5 per cent for 2021-22. This would however require continued fiscal support and a broad-based recovery encompassing the manufacturing sector as well as the services sector”.

Madan Sabnavis, chief economist, Care Ratings said “while the Indian economy has come off the record decline of last year, it is yet to surpass pre-pandemic levels in a meaningful manner. Even if the pace of recovery is sustained in the next two quarters, India’s GDP for the year is expected to be only marginally higher than that in 2019-20 by around 2 per cent.”

Meanwhile a periodic labour force survey by the NSO showed urban unemployment at 9.3 per cent in the January to March quarter of the fiscal.The unemployment rate has been falling sequentially since the first quarter of 2019-20.

The output from eight core sectors grew 7.5 per cent in October, against 0.5 per cent contraction in the year-ago month, government data released showed. Data showed that the central government’s fiscal deficit at end-October worked out to be 36.3 per cent of the annual budget target for 2021-22.