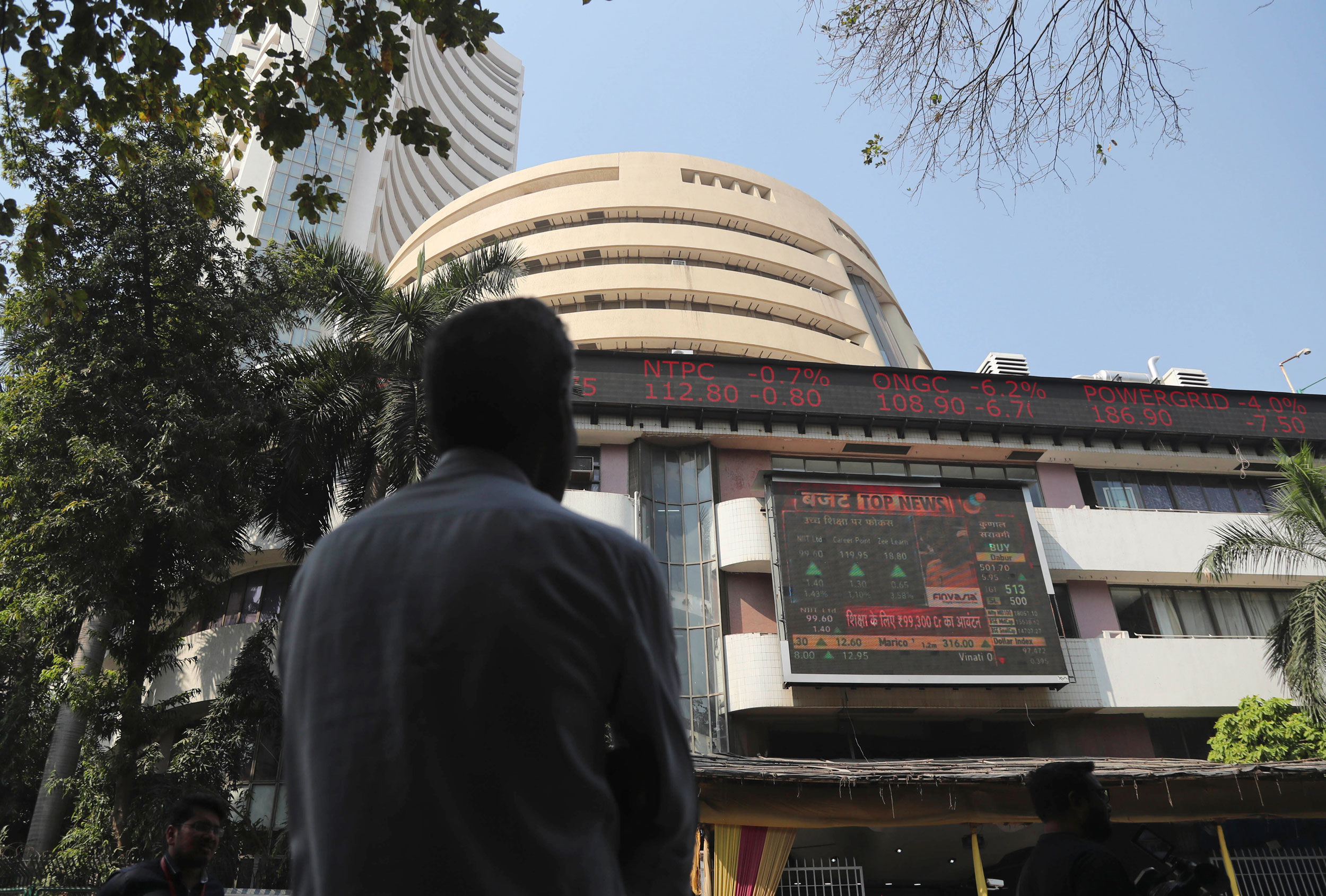 The stock markets traversed a zig-zag course on Thursday, initially pumped up by a $-2trillion package in the US but sulking over the absence of sops for industry in the finance minister’s Rs 1.7-lakh-crore bailout before rallying on expectations of reliefs from the RBI.

However, stocks gave up their gains as the announcement only focussed on the most vulnerable sections of the society. They recovered later on short-covering amid indications from the finance minister that more measures could be on the anvil. Expectations were also running high of the RBI giving leeway as regards the treatment of NPAs and allowing the relaxation on payment of EMIs which could benefit both banks and industries.

On the Sensex chart, IndusInd Bank was the top gainer, rallying up to 46 per cent. Other winners were Bharti Airtel, L&T, Bajaj Finance, Kotak Mahindra, Bajaj Auto, HUL and HDFC — rising up to 10 per cent.

On the other hand, Maruti Suzuki, Tech Mahindra, Sun Pharma and Reliance Industries closed with losses.

All the sectoral indices ended with gains. The BSE telecom, capital goods, bankex, finance, realty and FMCG indices surged by 10 per cent. The broader markets also gained momentum with the Nifty midcap and smallcap indices rising 3 per cent each.

In an effort to cushion the economic blow of the 21-day lockdown in the wake of the Covid-19 pandemic, finance minister Nirmala Sitharaman announced a slew of measures worth Rs 1.7 lakh crore to help citizens survive the crisis.

Paras Bothra, president of equity research, Ashika Stock Broking, said, “Domestic markets zoomed for the second day on the trot, driven by optimism on the $2-trillion package to the US economy and also in anticipation of an economic package for the Indian economy.

“The finance minister indeed announced a Rs 1.7-lakh-crore package for the poor and needy. However, measures for corporates or SMEs are still missing. Perhaps this will be followed by monetary stimulus by the RBI along with forbearance on loan repayments.”

The economic package involves free foodgrains and cooking gas to poor for the next three months, one-time doles to women and poor senior citizens, higher wages to workers and measures to boost liquidity of employees.

The scheme will be implemented with immediate effect.

“This is a package for lockdown impacted segments,” said V. K. Vijayakumar, chief investment strategist at Geojit Financial Services, adding that the government is prioritising the needs of the economy.

“Industry-specific measures are likely to be announced in the next package. This can go a long way in implementing the lockdown,” he said. According to traders, volatility remained during the day as the March derivatives contracts expired. The rupee, which opened on a positive note at 75.90, settled with gains of 78 paise at 75.16 against the dollar. During the day, the domestic unit had touched a high of 75.10 and a low of 75.94.

Crude oil prices continued to trade below $30-a-barrel amid a steep fall in demand because of the Covid-19 led lockdowns in major parts of the world. International oil benchmark Brent crude futures fell 2.15 per cent to $26.80 per barrel.

Market regulator Sebi on Thursday granted more time to listed companies for holding annual general meetings and exempted them from giving advertisements in newspapers in the wake of the coronavirus pandemic.

The regulator has been giving relaxation to listed companies and other market intermediaries as part of efforts to ease their compliance burden.