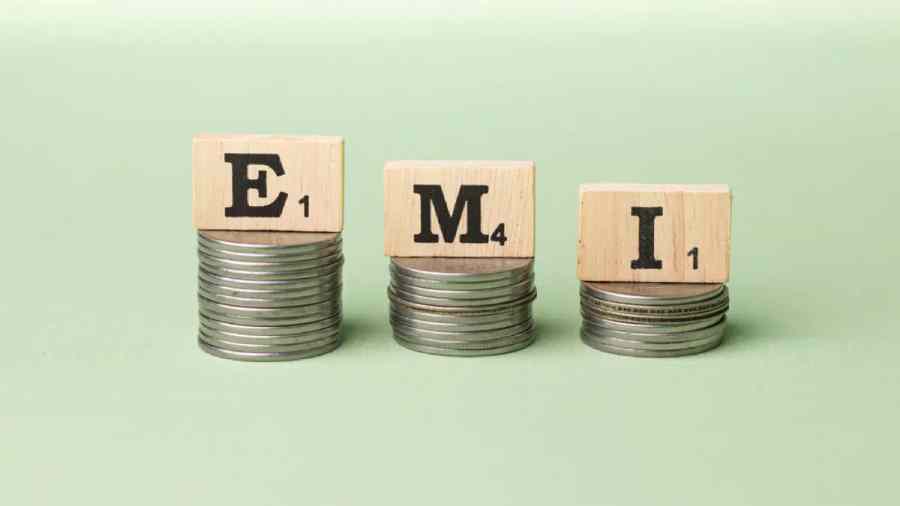 Home, auto and other loan EMIs are set to rise further after the RBI on Friday raised the key interest rate by 50 basis points, the fourth straight increase since May, with more hikes expected to rein in inflation.

The monetary policy committee (MPC), comprising three members from the RBI and three external experts, raised the key lending rate or the repo rate to 5.90 per cent - the highest since April 2019 - with five out of the six members voting in favour of the hike.

Since the first unscheduled mid-meeting hike in May, the cumulative increase in interest rate now stands at 190 basis points and mirrors similar aggressive monetary tightening in major economies around the globe to contain runaway inflation by dampening demand.

"The MPC also decided by a majority of 5 out of 6 members to remain focused on the withdrawal of the accommodative policy stance to ensure that inflation remains within the target going forward, while supporting growth," said RBI Governor Shaktikanta Das.

The rise in repo rates would translate into higher borrowing costs for corporates and individuals.

Pledging to "remain alert and nimble" and data-dependent, he said "calibrated action" will be taken to shield the economy amid fears of a global recession.

"In this backdrop, MPC was of the view that persistence of high inflation, necessitates further calibrated withdrawal of monetary accommodation to restrain broadening of price pressures, anchor inflation expectations and contain the second-round effects. This action will support the medium-term growth prospects of our economy," he said.

He said the current policy rate, adjusted for inflation, was still below 2019 levels.

The RBI cut its economic growth outlook for FY23 to 7 per cent from 7.2 per cent previously, while keeping its 6.7 per cent forecast on inflation.

Consumer price index-based inflation accelerated to 7 per cent in August, driven by a surge in food prices, and has stayed above the RBI's mandated 2-6 per cent target band for eight consecutive months.

Rumki Mujumdar, economist, Deloitte India, said inflation is expected to remain high even though supply-side constraints will likely ease. "This is because we are optimistic about demand and expect strong consumer spending to exceed supply, therefore leading to demand-pull inflation."

On the rupee, Das said the RBI did not have a level for the currency in mind and it was focused on curbing volatility.

The 67 per cent decline in foreign exchange reserves, he said, was due to valuation impact and that the war chest remains robust.

His statement implied that RBI interventions are likely to continue and be focused towards defending any extreme volatility in the rupee.

"The RBI intervenes to curb exchange rate volatility," Das said. "The adequacy of forex reserves is always kept in mind and the umbrella continues to remain strong."

This is likely to be in baby steps and will be more focussed on restraining the broadening of price pressures and/or pre-empt second-round effects, he said.

"It is likely to be less aggressive, more data dependent and focussed on anchoring inflation/inflationary expectation as opposed to the current rate hikes (started in May 2022) which were essentially focussed on aligning the policy rate to surging inflation."

"The rise in rates will slow down capex plans of corporate India which were just about kicking off," said Anu Aggarwal, head of corporate banking at Kotak Mahindra Bank.

Das said the world has witnessed two major shocks in the last two and half years - the COVID-19 pandemic and the conflict in Ukraine. "These shocks have produced a profound impact on the global economy."

And now, the world is in the midst of a third major shock, in form of a "storm" arising from aggressive monetary policy actions from advanced countries' central banks, he said.

"Despite this unsettling global environment, the Indian economy continues to be resilient. There is macroeconomic stability. The financial system remains intact, with improved performance parameters," he said. "The country has withstood the shocks from COVID-19 and the conflict in Ukraine."

Real GDP growth in June quarter at 13.5 per cent was lower than RBI's estimate but a late recovery in kharif sowing, comfortable reservoir levels, improvement in capacity utilisation, buoyant bank credit expansion and the government's continued thrust on capital expenditure are expected to support aggregate demand and output in the second half.